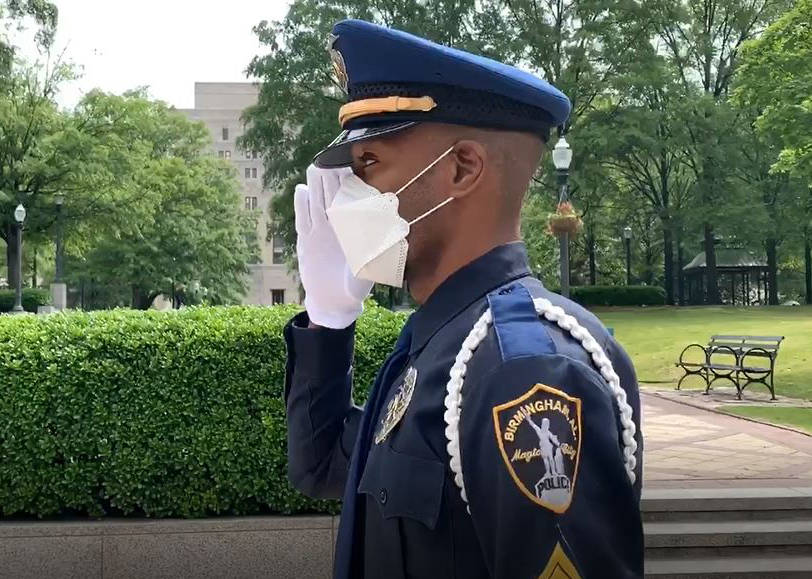 Posted By: Joshua Huffon: May 13, 2020In: Metro/State/Nation
Print Email

BIRMINGHAM — The Birmingham Police Department honored the sacrifice of fallen officers on Wednesday with a wreath ceremony performed by the department’s honor guard at Linn Park.

The department announced that the traditional ceremony was canceled as a result of the coronavirus pandemic. Instead, the department filmed the honor guard performing the ceremony that was done as part of National Police Week.

💙 It is National #PoliceWeek💙 Today, BPD’s Honor Guard held a wreath #memorial ceremony at Linn Park to honor fallen officers. Thank you for your service. pic.twitter.com/Nwjli2GwFa

According to state statistics, six Alabama law enforcement officers were shot and killed in 2019, which is the highest recorded number in more than 30 years.

“This has been a horrific year for law enforcement as it relates to what we have faced,” Alabama Attorney General Steve Marshall said at the time.

Nationally, 38 officers were shot and killed in the line of duty in 2019.