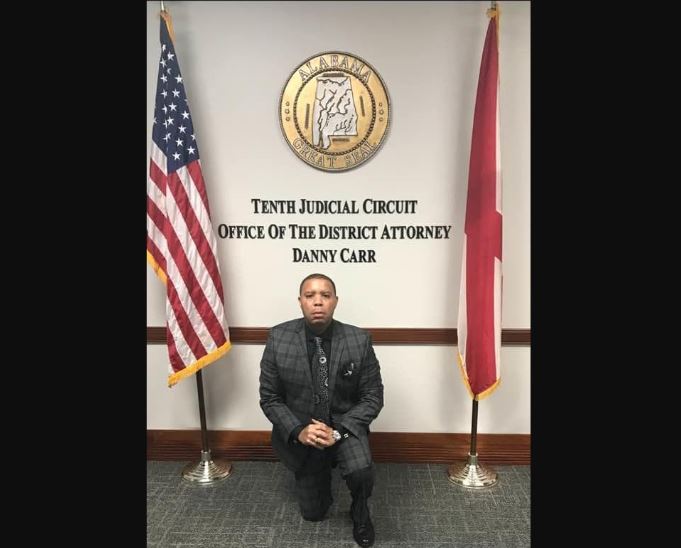 BIRMINGHAM — Jefferson County District Attorney Danny Carr made a public Facebook post about the death of George Floyd, systematic racism and recent looting and violence across the nation.

Carr said as the first African American male elected as District Attorney of Jefferson County, he has always worked to stop systematic issues.

“Growing up in a city known for its volatile racial history, church bombings and police brutality, I am cognizant of the fact that progress takes time,” Carr posted. “However, violence and looting won’t solve the problem, nor does it address the standard and humanity that the Floyd family deserves.”

Carr is calling on people in Birmingham and in Jefferson Count to protest peacefully.

“We can balance the scales of justice if we refuse to allow race, hatred and bigotry to permeate thru the halls of the various police departments, courtrooms and courthouses across this country,” the post stated.

The next part of the post focused on law enforcement.

“I have previously stated on numerous occasions that we have true heroes as law enforcement officers who leave there homes every day to serve and protect,” Carr posted. “However, we also have some officers who leave their homes to continue the killing of unarmed black men and women. This must stop. This can no longer be the norm.”

Carr then compared communities to football games and said we must become a team.

“For the hundreds of George Floyds, Rodney Kings, Breonna Taylors and Sandra Blands across the world,” he said. “We must huddle up like they do on a football field across this nation and break the huddle with solutions going forward. Today I kneel as a reminder of why I serve in this role. YOUR LIFE MATTERS.”

The entire post can be read at the link below.