Eleanor Louise White Snider was born on May 22, 1937 in Frederick, Maryland, to Bob Ernest White and Margaret Hough White, and at the age of 83, passed away peacefully June 24, 2020 surrounded by her loved ones. 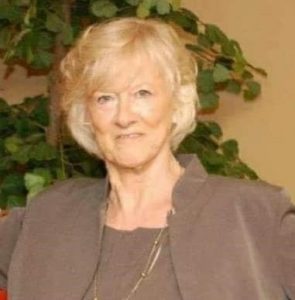 She married her soulmate and only love, Charles Roland Snider, August 31, 1954 who preceded her in death much too soon in November of 1982. She never remarried and spent the remainder of her life with her two children, 15 grandchildren, 11 great grandchildren, friends, and extended family. Sadly, in 2014, she lost her only son, Charles Richard (Dick) Snider, which truly broke her spirit. Not long afterwards, she was diagnosed with dementia which slowly diminished her true self in the last year of her life.

Being more than a mother and grandmother, she had an independent nature with a unique way of showing and sharing her love, and yet that love never failed to be recognized wherever she went. Her adventurous soul led her to some of the most exciting places and created everlasting memories–anything from white water rafting, watching Braves games, NASCAR races, going to car show events, movies, traveling with her friends and/or family to New York City to see the Macy’s Parade, Toronto, Niagara Falls, to New Orleans, many beach trips, Nashville, Hersey, PA, and Branson, MO, just to name a few. However, her most treasured times were spent watching each of her children and many grandchildren grow and learn throughout the years.

Each person was blessed to carry a particular piece of her legacy along with them on their own journey in life. She truly had an individual, loving relationship with everyone she met. She rarely missed a school event for any of her grandchildren and made them realize the importance of an education.

She took pride in her work, wherever and whatever it was. Over many years, she performed administrative work at two different hospitals and found great joy in the work she did in each. In 1977, she accompanied her husband in their move across the country to Alabama where he continued his own upholstery business.

After her husband’s untimely passing, she had a successful career at Walmart. She created many lasting friendships there, and often came home with many stories to share. After nearly two decades of working there, she retired and was able to enjoy that time off, creating unforgettable memories with friends and family.

Her earthly existence was lived with an enduring belief in our Heavenly Father, Savior, and Holy Spirit, as they guided her by their light through the darkness of this world. Her unmoving faith aided her in successfully developing her strong sense of self. That very same understanding and awareness allowed her to be her most authentic, unapologetic self at all times. She carried herself with grace until the end, her soul comprised of strength, self-determination, passion, discipline, and the tenacious flare which shines through in the family she left behind on Earth.

Our Heavenly Father blessed her to have her family surrounded by her side as she took her last breath to begin her eternal journey where she was met with open arms by her husband, son, and other long missed family.

She is preceded in death by her husband Charles Roland Snider, her son Charles Richard (Dick) Snider, her brother Robert Eugene White, her parents Bob and Margaret White, as well as many aunts and uncles.

Eleanor was loved dearly and will be truly missed by her family and friends until their spirits are once again reunited at the Gates of Heaven, as is possible for each of us through the sacrifice of our Lord and Savior, Jesus Christ. May she rest easily and soar freely in heaven above, knowing that the sacred promise of eternal salvation may be granted to each of us as we continue to live by her example.

Please join us celebrating her life Saturday morning, with visitation between 11:00 a.m. — 1:00 p.m. The service will follow after at 2:00 p.m. at Ridouts Trussville Chapel, 1500 Gadsden Hwy, Trussville, AL, 35235. If flowers are chosen to be sent in honor of Eleanor, please know her favorite colors are pink and purple. “Though you have not seen Him, you love Him. Though you do not now see Him, you believe in Him and rejoice with joy that is inexpressible and filled with glory.” – Peter 1:8