PINSON — Despite the chaos that 2020 has brought the nation and world, for one city of Pinson resident and former council member, 2020 is also bringing positive change, in the form of a new international adventure.

Shannon Galamore has been an educator at Pinson Valley High School since 2006 and has served as the education liaison on the Pinson City Council for the last three and a half years. Galamore served her final month with the city council in July 2020. As many know, the new municipal term will not begin until November 2020, so why is Galamore leaving her position on the council so soon? Only for the chance of a lifetime.

On July 16, the Pinson City Council and Mayor Hoyt Sanders said a heartfelt farewell to Galamore as she publicly announced her acceptance of a teaching position at The American International School in Egypt – West Campus. On Aug. 8, Galamore will be leaving the States to begin her new life and new adventure in Cairo, Egypt, where she will be teaching 11th and 12th grade math. 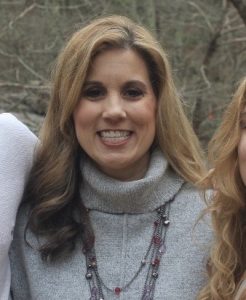 “It is a private school in Cairo, Egypt, but the majority of the students are Egyptian,” Galamore said of her new position.

The courses at The American International School in Egypt lead all students to a 12th grade American high school diploma. Students also have the option to take International Baccalaureate Diploma classes to gain additional qualifications in grades 11 and 12.

“This definitely is a wonderful opportunity for me,” Galamore said. “However, it is the scariest thing I have ever done – especially now in all that has transpired in the last few months. I want the people of Pinson to know that I am not leaving Pinson, but I am chasing a dream. I love this city and the people in it. My family lives here. I raised my two children here.  Pinson will always have a place in my heart.”

With the exception of her years attending college, Galamore has lived in Pinson a total of 39 years. During her time as an educator at PVHS, she has taught just about every math class offered, and also coached the high school cheerleaders.

“My favorite math class to teach is Pre-Calculus w/ Trig,” she said. “I also had the great privilege of coaching the cheerleaders. I was the cheer coach for 12 years.  I have also served on many committees and was the head of the math department the last few years.”

Galamore said that during her time at PVHS, she has seen the school “just get better and better.” That is one reason why she felt her position on the city council as liaison for education was so important.

“I think by me being an educator in a Pinson school, my biggest impact was the connection I was able to make between the school and the council,” Galamore said. “I don’t think the teachers and coaches knew how much the city could be an asset to them and their students. People move into (and out of) a city because of the schools. I wanted to make sure the people of Pinson knew how hard the council was working to make our school, and in turn, our city, an awesome place to live and go to school.”

“I guess Egypt chose me,” Galamore said. “There are many companies whose sole purpose is to match teachers up with teaching positions all over the world. Anyone with a teaching certificate who is interested in teaching overseas can sign up. I used Search Associates because a friend of mine who is currently teaching overseas used them. Once you are registered you begin receiving emails about open positions. You can apply for particular positions if you like the school or area of the world, but schools can also reach out to you if they like your resume. For me, the school reached out to me.”

Galamore’s contract at The American International School in Egypt is for two years, at which time she can decide whether she wants to more home to the States of sign up to teach another two-year term in Egypt.

“The school year in Egypt is very similar to here in the U.S.,” she said. “We begin classes Sept. 1 and end in early June. We have a fall and spring break and a Christmas break, (and) Christian and Muslim holidays are observed.”

For the remainder of the current municipal term, Galamore said that she believes her seat will be filled by Brad Walker, who she said was the only person to qualify for Place 2 on the council.

As for her own political career, Galamore said, “I thoroughly enjoyed my time on council, but I do not know what the future holds for me.”

For now, the one thing that she knows for sure is that Egypt awaits for her immediate future.

“While I am in Egypt, I hope I am accepted and make some good friends,” she said. “I leave behind so many people that mean so much to me. The thing that keeps me sane is my faith and trust in God. He will carry me through the tough days and be beside me on the good ones. It is also important that I keep in touch with my loved ones here so that I will always have people to talk to and lean on.”