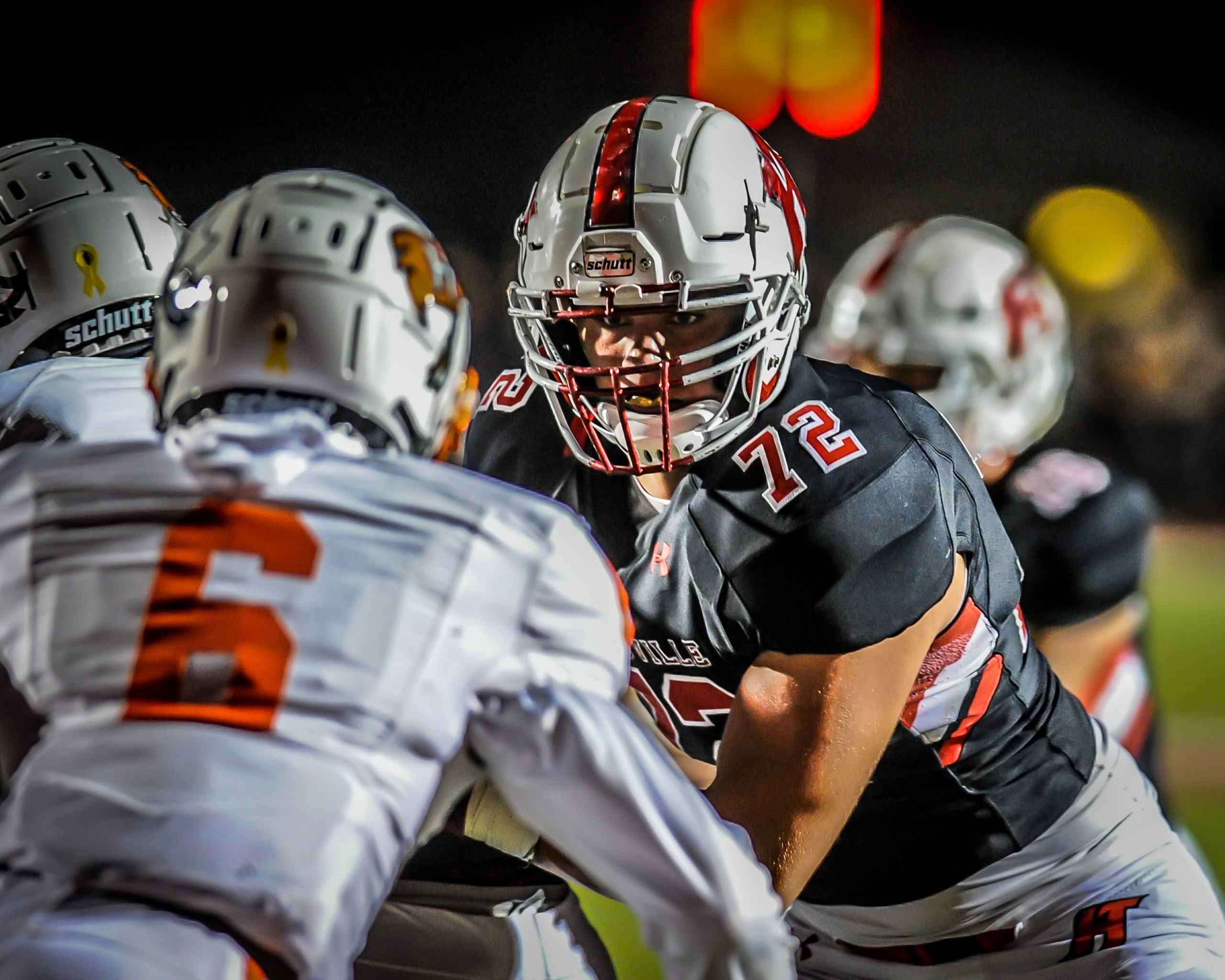 TRUSSVILLE — Hewitt-Trussville (5-2, 2-2) had opportunities on Friday night, but could not take advantage.

A lost fumble at the Hoover 1, a dropped go-ahead touchdown pass on the final drive and a mountain of penalties ultimately prevented the fourth-ranked Huskies from pulling a home win over second-ranked Hoover (7-0, 4-0).

For Hewitt-Trussville head coach Josh Floyd, it’s the penalties that stood out in a 29-28 loss to the visiting Bucs.

“Too many mistakes on our end,” said Floyd. “We had a ton of penalties tonight and that’s the difference in the game. It’s real simple, that’s re reason we lost. We had way too many penalties.”

Despite the many whistles blown at Floyd’s expense, his team had chances. Leading 28-16 late in the third, Hewitt-Trussville quarterback Cade Ott Carruth fought for extra yardage down at the goal line where the ball slipped loose and was recovered by Hoover at the Buccaneer 1-yard line.

If not for the fumble, the Huskies were looking at second and goal from the 1. Instead, Hoover made the stop and marched 99 yards in five plays to pull to within 28-23 with 2:29 remaining in the third. Jaylen Taylor punctuated the long march with a 46-yard sprint to the end zone. 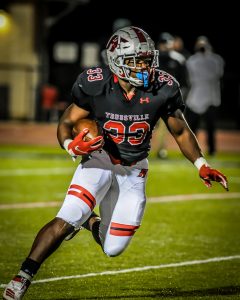 “That was a huge play in the game,” said Floyd. “We had a chance to stick it in the end zone and we’re at the 1-yard line and we give the ball back.”

Taylor later plunged in the game-winner from 1 yard out early in the fourth frame.

Another decisive moment came late in the fourth quarter, as Hewitt-Trussville worked a potential game-winning drive. Carruth, down 1 with little more than a minute remaining, hit a wide-open Trey Washington streaking down the left side. The ball fell incomplete and the Huskies ultimately turned the ball over on downs at the Hoover 28 with seconds remaining.

Carruth’s desperation heave carried through the back of the end zone, too tall for wideout Cayson Zackery. Floyd said the field goal was a little out of range for senior kicker Ethan Wilson, prompting the fourth-and-5 gamble.

For Hewitt-Trussville, Armoni Goodwin ran for 161 yards and a touchdown on 19 carries. Sean Jackson pounded his way to 100 yards on 12 calls to go with another 43 yards receiving on four grabs. The senior back slipped out of the backfield for a 26-yard touchdown reception that gave his Huskies a 28-16 advantage midway through the third.

Carruth finished 9 for 17 passing for 154 yards and two touchdowns. He was one drop away from a passing hat trick, and perhaps a win. His favorite target was Omari Kelly, who secured four receptions for 61 yards, including a 38-yard touchdown on the first play of the second half. The long strike put Hewitt-Trussville out front 21-13.

Hoover quarterback Josh Lundy went 20 for 39 for 227 yards and a 5-yard touchdown to Malik Thomas early in the second quarter. Kicker Constantine Hontzas delivered field goals of 26, 31 and 26 yards in the win.

The Huskies will travel to Vestavia Hills next Friday.