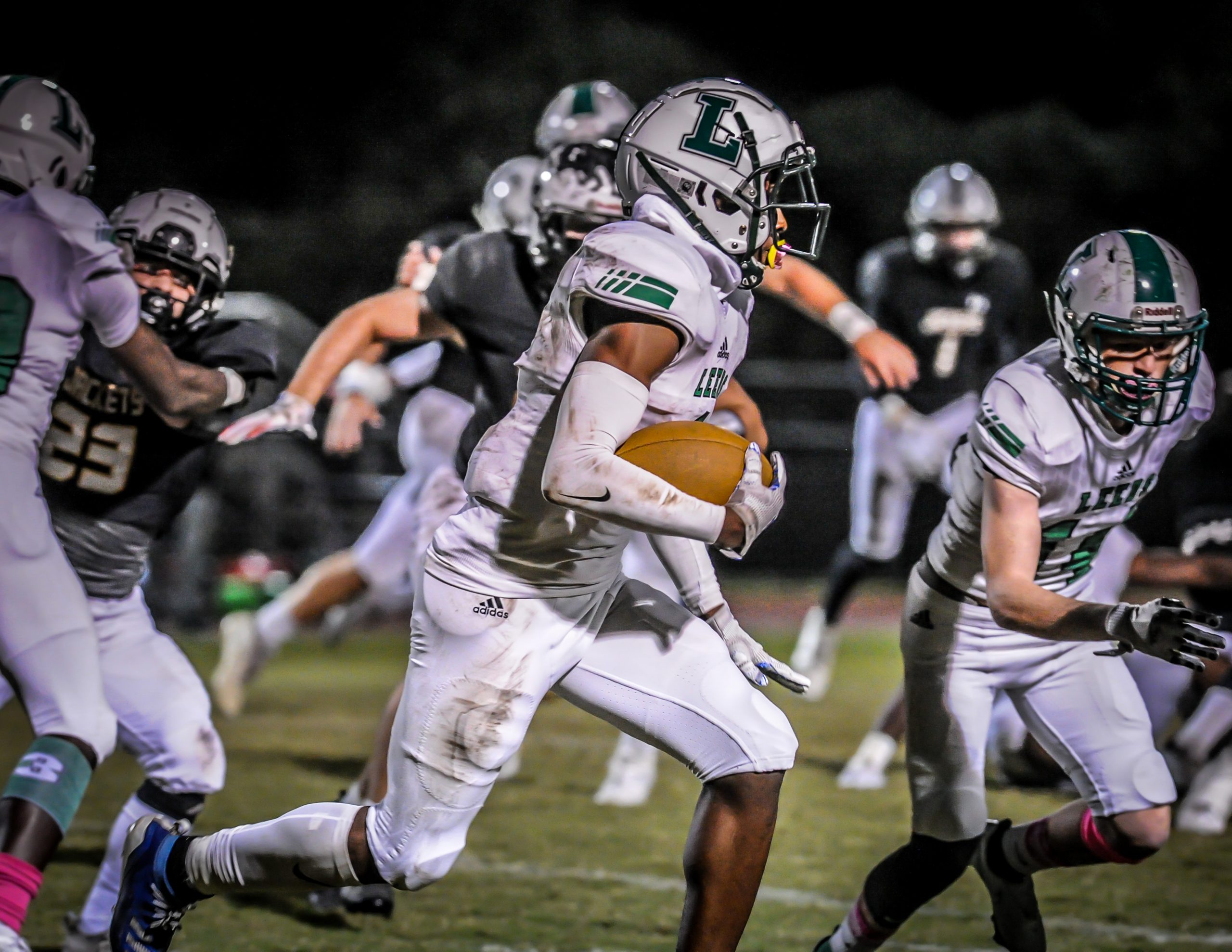 RUSSELLVILLE — On Friday night the Leeds Green Wave made the trip to Northwest Alabama for a first-time matchup against the Russellville Golden Tigers. The Green Wave struggled on offense and fell by a final score of 35-14.

The night started strong for Leeds as the Green Wave’s defense stopped the Golden Tigers on a fourth-and-1 deep in Leeds territory. Unfortunately for the Green Wave, the offense that was so dominant and effective seven days ago against Boaz, was silenced and forced to punt.

After an unsportsmanlike conduct on the ensuing punt set Russellville up on the Leed’s 44-yard line, it wasn’t long before the Golden Tigers got on the scoreboard. Quarterback Connor Warhurst took the handoff from fellow Quarterback Gabriel Amick and carried the ball 8 yards for the touchdown.

Following the score, the Green Wave fumbled the ball on their own 43-yard line. The Golden Tigers capitalized on the turnover and scored when Amick connected with Nathan Brockway for a 5-yard touchdown reception. Russellville lead 14-0 at the end of the first quarter.

Leeds got on the scoreboard early in the second quarter when Rametrius Yelverton scored from 13-yards out, cutting the Golden Tigers lead to 14-7. Leeds was unable to generate much offense after that.

Russellville later intercept Jarrod Latta deep in Golden Tigers territory and return it to the 50-yard line, and Leeds went to the break down 14-7.

The first of two critical special team mistakes in the second half from Leeds would set Russellville up inside Green Wave territory. Connor Warhurst later dove in from a yard out and give Russellville a 21-7 lead in the third quarter. After another Green Wave defensive stop, the Golden Tigers were forced to punt. Christian Douglas fielded the punt for Leeds and after making the first two tacklers miss, it was off to the races for a 55-yard TD that cut the deficit back down to a touchdown.

As the fourth quarter started, it was another special teams mistake that would finally do Leeds in. Russellville’s Reece Carson would scoop up a Connor Warhurst blocked punt and return it 45-yards for a Golden Tigers touchdown. Coach Hood, “We completely missed a guy up front and it got blocked.”

Russellville tacked on another touchdown with less than a minute remaining in the game to make the final score 35-14.

After the game, Hood was discouraged by his team’s lack of offensive production.

“We didn’t play well, we didn’t play worth a crap at all offensively, defense held up pretty strong until the end, it just wasn’t a good night offensively. It didn’t take away from the great year these boys have had, we’re gonna have games like this.”

“Look here’s the thing man, I’m proud as heck of these kids,” he continued. “They bought in when nothing was going their way the last few years, and they worked their way into a 9-3 season and the second round of the playoffs.”