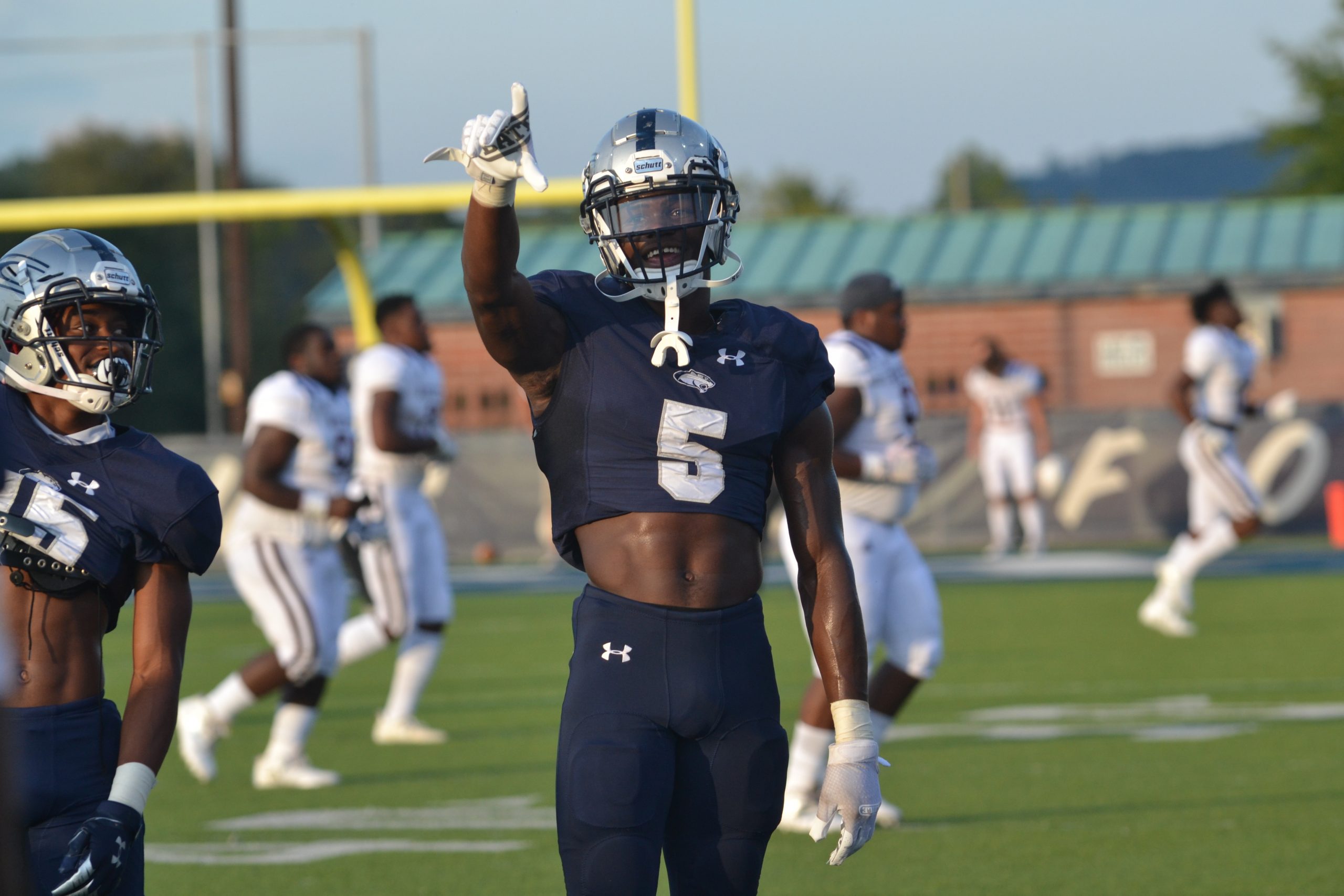 Clay-Chalkville receiver Antonio Miles takes the field prior to a home game against Gardendale on Sept. 11, 2020. Photo by Erik Harris

A pair of local teams have advanced through to the third round of the Class 6A state football playoffs.

Third-ranked Pinson Valley marched by Shades Valley 48-16 last Friday in Irondale thanks in part to a 20-point outburst in the opening quarter and a breakout performance from senior Jaquel Fells Jr., who broke off an 80-yard touchdown run and a 54-yard punt return touchdown on the road.

The Indians return home this Friday to face top-ranked Oxford in the quarterfinals. The Yellow Jackets ended Pinson Valley’s 2019 season in the third round on their way to a state championship, and have rattled off 11 consecutive wins after opening up 2020 with a 56-34 loss to Class 7A No. 1 Thompson.

This battle of region champions will decide who gets the winner of No. 6 Clay-Chalkville at No. 2 Mountain Brook next week in the semifinals.

The Cougars have been impressive in two postseason outings, beating Southside-Gadsden and Homewood by a combined score of 105-0. In a 42-0 road win over Homewood last Friday, Clay-Chalkville leaned on running back Edward Osley, who showed out with 119 yards and three scores on 11 carries.

Mountain Brook hosted the Cougars last in the third round of the 2012 playoffs. Clay-Chalkville won that contest by a final of 30-9.

With a win, the Cougars would either travel to Pinson or host Oxford in the fourth round on Nov. 27. If the Tribe can knock off Oxford, they would host either opponent in the semis.