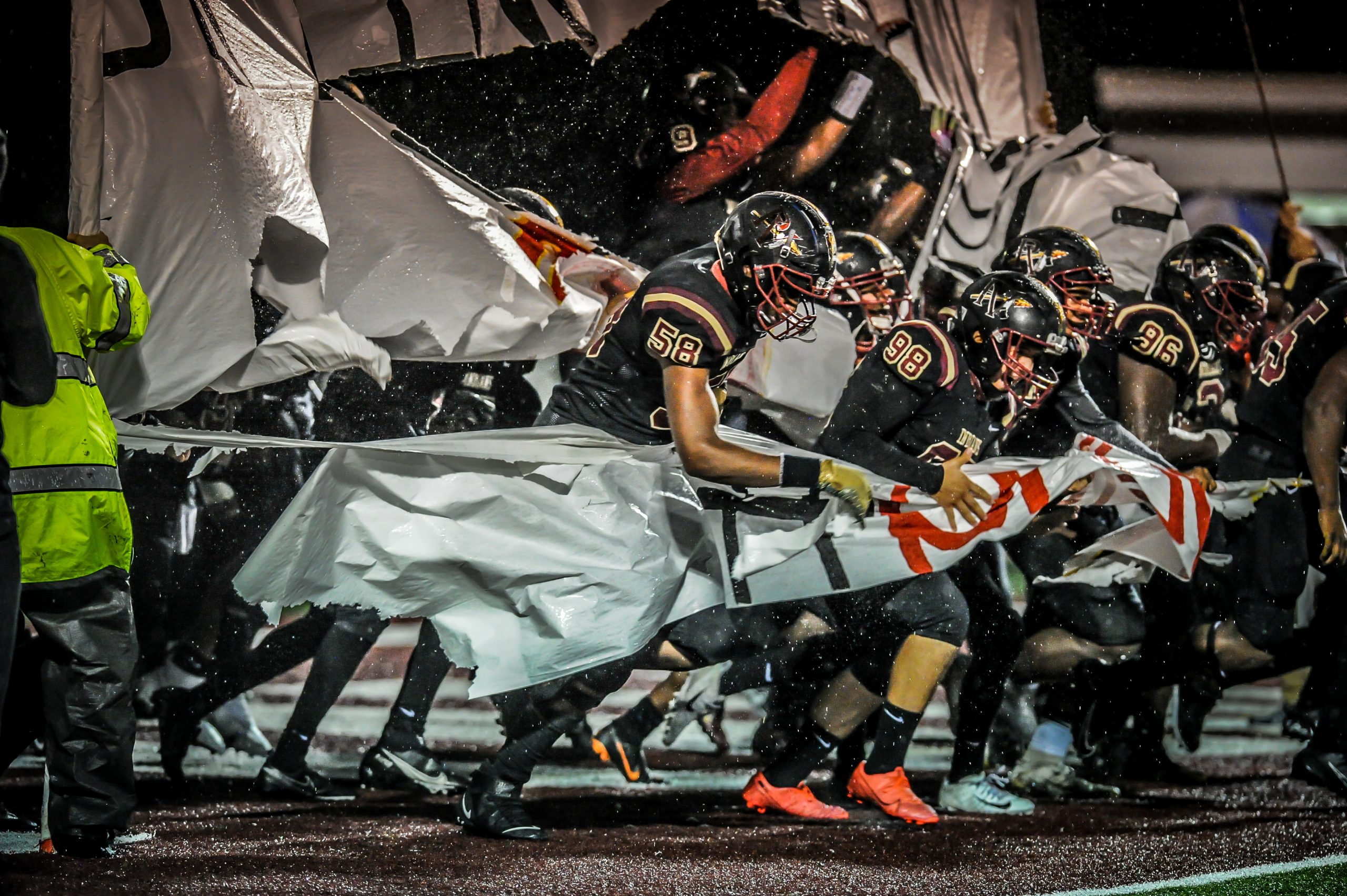 Pinson Valley players bust through the sign prior to a playoff win over Mountain Brook on Nov. 27, 2020. Photo by Vickie Unlap (fodaction.com)

PINSON — Fans gathered on Thursday at Pinson Valley High School, as first-year head football coach Sam Shade led his third-ranked Indians onto the bus for their final road trip of the season.

The reward: a Class 6A state football championship.

This will be Pinson Valley’s third state championship game appearance in the last four years, as the Tribe (11-2) notched playoff wins over Arab, Shades Valley, No. 1 Oxford and No. 2 Mountain Brook. The school won its first two state crowns in back-to-back fashion (2017 and 2018) under then-head man Patrick Nix, who left for the same position at Central-Phenix City after last season.

However, Shade’s program has not missed a beat, rolling to a Region 6 championship and currently riding a seven-game win streak into Bryant-Denny Stadium. Kickoff is scheduled for Friday at 7:30 p.m. in Tuscaloosa.

Tickets can be ordered through gofan. The contest will also air live on WOTM.