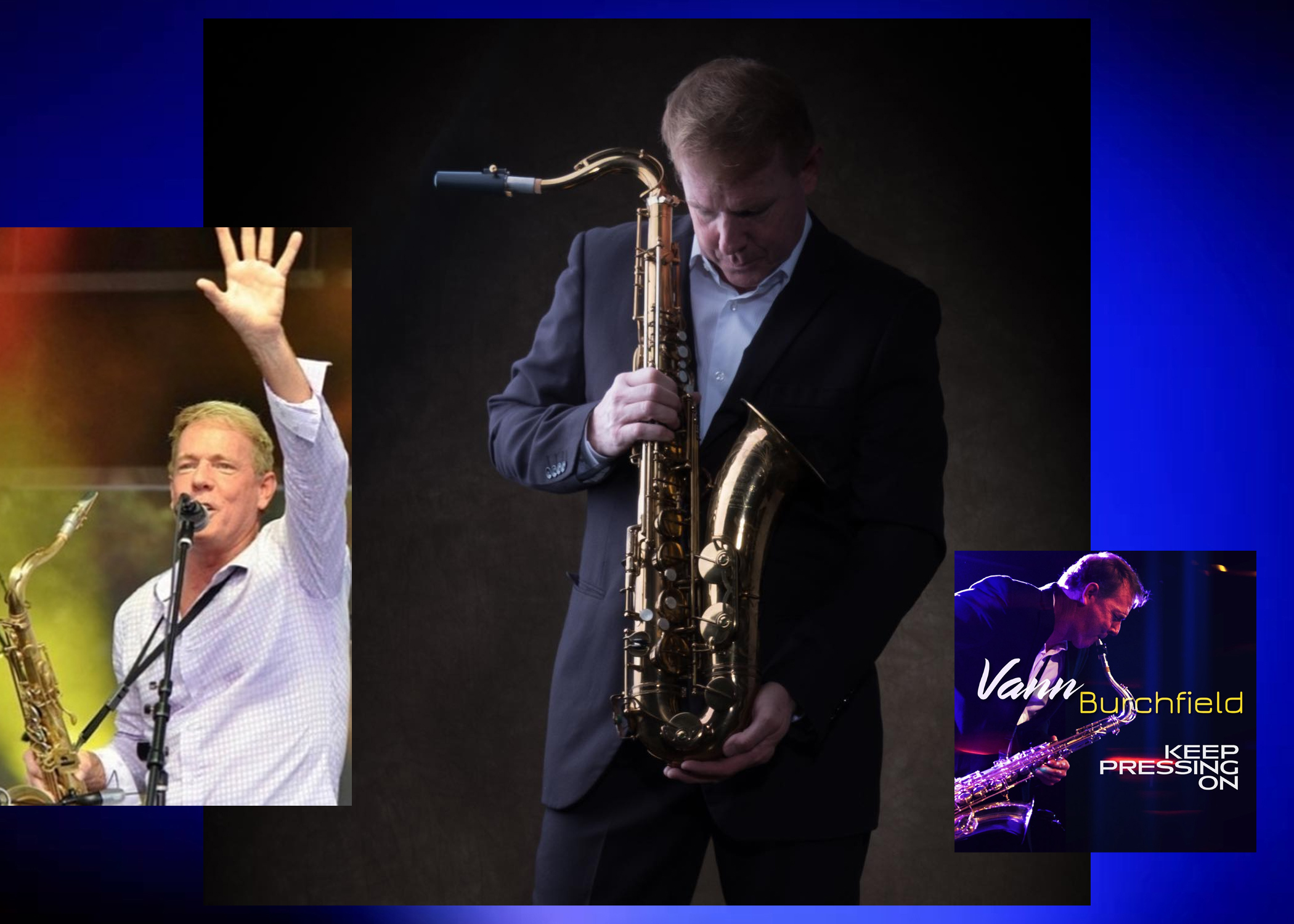 Local saxophonist determined to ‘Keep Pressing On’ through pandemic

You may have seen him at the Trussville Christmas parade last year or perhaps at a music festival in the pre-coronavirus days. If not, your ears are missing out on a very special treat that is Vann Burchfield.

The seasoned saxophonist and performer is much more than a stage presence. He is a world-record-holding legend and he is right here in sweet home Alabama.

His smooth and spirited sounds naturally resonate with the young, old and in between. Burchfield’s art came in the form of a natural gift from God but his perseverance and faith are what made him successful.

It all started when Burchfield was in elementary school. He grew up in west Jefferson County and enjoyed listening to his mother play the piano. She could play by ear, something that intrigued young Burchfield.

“We always had a piano in our home growing up,” Burchfield remembered. “My mom could hear something and play it and I soon realized that if I could hear a song on the radio, I could go play it on the piano, also.”

At six years old, Burchfield began piano lessons. By the time he was eight, he had a guitar and was playing along to songs on the radio. That was when he knew he had the gift of music.

In the school band, Burchfield was assigned the clarinet. He wasn’t thrilled about that experience, so he was excited to stumble across an old saxophone he found in his grandparents’ closet.

“It was an old, beat-up Pan American,” Burchfield described the saxophone. “I think in the 40s or 50s you could buy one out of the Sears and Roebuck catalog, so they didn’t pay a lot for it.”

In the fifth grade, Burchfield began playing the saxophone in the school band.

Burchfield believes all of us have music inside of us. It may just be the appreciation of listening to songs or you could have a hidden talent you are unaware of. For him, it was the saxophone that brought out his best work and best feelings.

“It wasn’t until I got the saxophone that I knew that was what I wanted to do,” he said. “There is something about it, I just feel it more.”

The sultry, melodious sounds the saxophone makes is the closest sound to a human voice in an instrument, Burchfield believes.

“It’s the harmonic frequencies that the saxophone produces is so close to the human voice that when someone is singing that same resonance, they can relate to it in someone’s singing voice,” he said. “It’s so similar.”

With that old, beat-up horn, Burchfield practiced and honed his craft. He lugged that tenor sax to and from with a smile. Before long, Burchfield’s father purchased a nice, new shiny saxophone for him to play. Once he was able to work and save money, Burchfield bought an even nicer one for himself.

With “the best sax” Burchfield proved he was “the best sax player” in his area. He won All-County, All-State and other awards with his prized woodwind.

Burchfield graduated from Jess Lanier High School in Bessemer in 1981.

As a Mormon at the time, Burchfield was called to be a missionary. So, he sold his beloved Mark VI saxophone in order to have enough money to go on a two-year missionary trip.

Although his saxophone was gone, it stayed in his heart and his love for music never ceased. He returned home and worked as an insurance salesman to pay the bills. He even worked at King Acura in Hoover as a service adviser for several years. All along, the music in his heart beating.

“I decided to go to the person who I sold my sax to and asked if they still had it and it had already been sold,” Burchfield remembered. “I thought it was gone forever.”

But he knew there was a chance he could find something similar, so he went on another mission in November of 1993. At this time, he had become a born-again Christian. He wanted to use his music to spread the Word of God. Now, he was determined to find another quality saxophone. The instrument that he could move souls with and feel in his own soul. This mission was a top priority.

“I went to a music store and asked the old man if he had one,” said Burchfield.

The man told Burchfield he wasn’t sure what he had in stock but that he would look to see if he could find something similar to what Burchfield was in the market for. It wasn’t long before the old man called back.

“He said, ‘You know, I had forgotten I even had this horn,” Burchfield recalled. “He said he had bought it about 10 years ago and invited me to come look at it.”

So, into the store Burchfield went. From the moment he saw the saxophone case, he had a feeling the instrument would be perfect.

“When he brought it out of the back, I just got chills all over my body because the case that I had was the exact same case that he had in his hand,” said Burchfield.

But it couldn’t be…could it?

It couldn’t be the exact same horn. Just one similar.

“It was a Mark VI and I said, ‘Well, let me look at this horn,” Burchfield recalled. “I told him mine had a little ding on the neck, right by the octave key and I opened the case up and sure enough, that was the exact same horn that I had sold 10 years earlier. It was like God had preserved that horn and left it untouched just for me.”

In tears, Burchfield said he knew it was time for him to go back to playing music. He worked hard and practiced every day.

“I just didn’t want to do anything but work for the Lord and play music,” he remembered. “I was just hoping and believing something good would come of it.”

In 1997, Burchfield joined the Joyce Meyer Ministries Praise and Worship Band and went on tour until 2000.

He was at home watching The Tonight Show when he saw Kenny G talking about a world record he held for circular breathing. Circular breathing is the ability to produce a continuous tone without interruption. Burchfield knew he could break Kenny G’s record. In fact, he said it was easy for him. So, he contacted Guinness and was given all of the rules to follow.

On his first attempt, Vann Burchfield broke the Guinness Book of World Record’s record for circular breathing. He held the note for 47 minutes and six seconds.

Since then, Burchfield has performed at The White House four times. He played during the holidays for President George W. Bush.

Although breaking a world record and playing for a U.S. President have been two of his highest achievements, for Burchfield, the feeling he gets seeing the reactions of people when he is on stage is his motivation. He is a true performer from the inside out.

Throughout the coronavirus pandemic, Burchfield said he has been affected negatively in many ways. He is unable to see those smiling faces and hear those cheers of encouragement. He has done some Facebook live performances but he said those just aren’t the same as taking a real stage and sharing his love for music with others. But he is learning how to cope.

“I’m standing there to the backside of a cell phone,” Burchfield said. “How lame is that? I have to go into my mind and out of my heart and literally play as if there are thousands and thousands of people out there. I flip a switch to performance mode and do the best I can.”

Burchfield will be performing for the Trussville Christmas Parade on Saturday, Dec. 12, 2020.

To listen and enjoy the sultry and spirited works of Burchfield, visit his iHeart Radio station at iheart.com/artist/vann-burchfield-959795.

If you are interested in booking Burchfield for an event, find out more information at www.VannBurchfield.com.