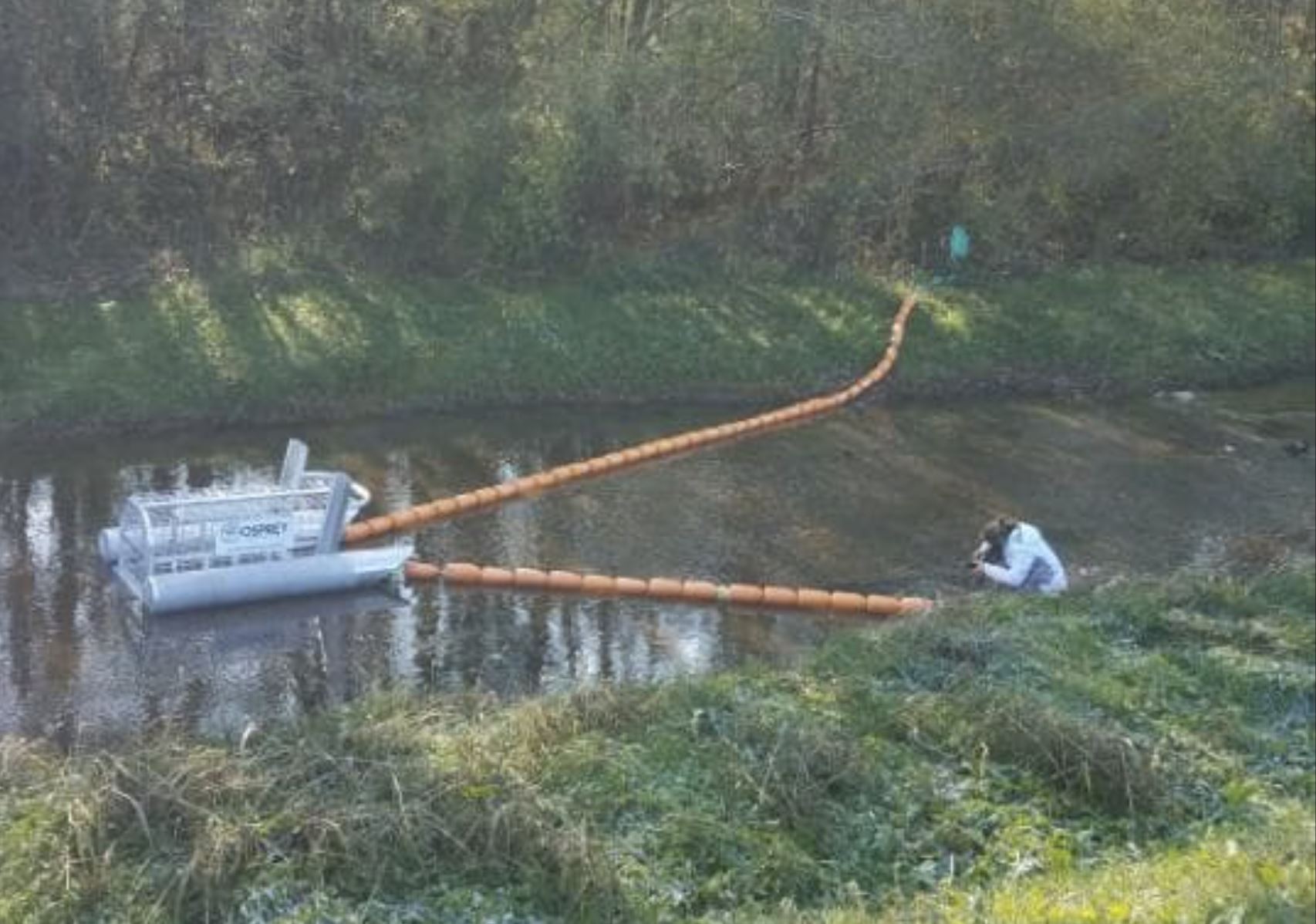 TRUSSVILLE — A new device has been installed in Pinchgut Creek, in Trussville, and the purpose is to help keep the waterway clean.

The “Litter Gitter” is one of 10 across Jefferson County. The device in Trussville was funded by the Jefferson County Department of Health, which also funded a device in Brighton. The Litter Gitter will be in place for at least a year but could be there longer if Freshwater Land Trust is able to continue or establish a long-term funding source.

“We’re hoping we can find other corporate sponsors or cities that may be willing to take on funding long-term,” said Sally Larue, the Outreach Coordinator with Freshwater Land Trust.

The in-stream litter collection devices are made by Osprey Initiative. The first six placed in county waterways were purchased through a $500,000 grant from the EPA to Freshwater Land Trust. Those will be in place for three years. Other entities that have helped get Litter Gitters into county waterways are the city of Homewood and the Coca-Cola Foundation.

Osprey Initiative installs and maintains the Litter Gitter. The devices are checked every two weeks and after a heavy rain event.