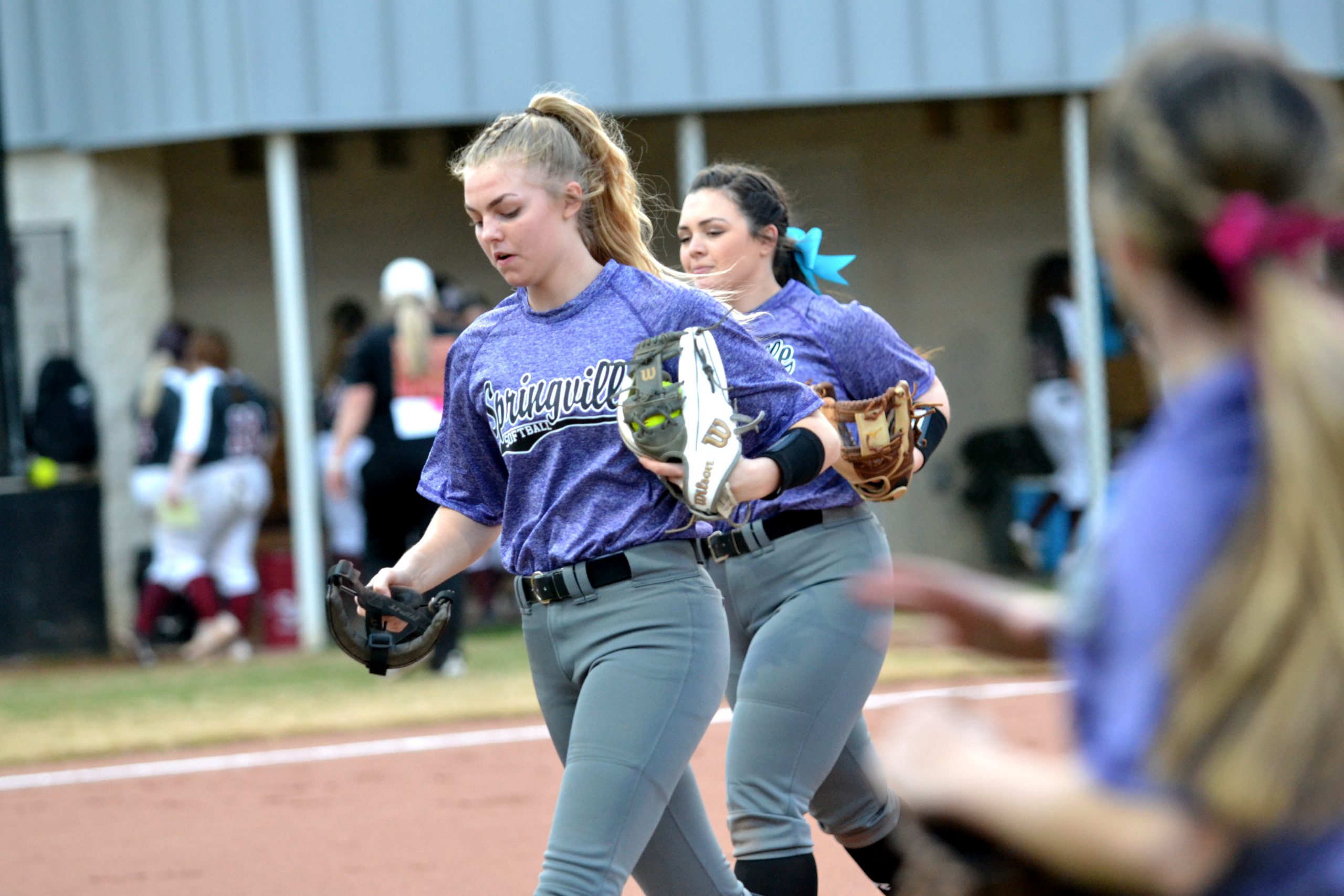 Springville pitcher Bella Bullington jogs off the field during a road win over Pinson Valley on Feb. 25, 2021. Photo by Erik Harris

PINSON — The Springville softball team needed a couple innings to find its offense, but once the Tigers figured things out, they poured it on.

Springville bopped 19 hits, including five doubles and a pair of home runs to capture its third win of the season — a 15-2 run-rule job at Pinson Valley (3-3) on Thursday night in six innings.

Tigers righty Bella Bullington tossed all six frames, holding the home team to no earned runs on five hits, one walk and seven strikeouts. She sat 20 of the 26 batters she faced and surrendured her only two runs in the bottom of the sixth off a throwing error on a Sasha Hughes grounder to third, setting the final score at 15-2.

The gamme remained scoreless through two complete, but Springvill (3-1) squared things up in the top of the third when Emmy Leopard and Makalyn Kyser hommered on consecutive pitches. The Tigers led 2-0 going to the bottom-half. 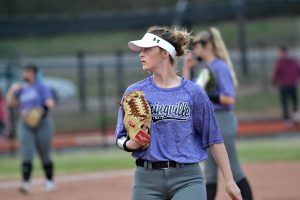 Springville first baseman Bekah Hargrove looks to the dugout during a road win over Pinson Valley.
Photo by Erik Harris

With Bullington dealing in the circle, her offense followed with more run support in the fourth (2), fifth (2) and sixth (9) innings. She chipped in with a bases-clearing double into the right-center field gap during a devestating sixth for the Indians.

Springville saw four players bag three-hit outings on the road Thursday, including Kyser, Karli Davidson, Tatum Bartlett and Bekah Hargrove. All 10 Tigers who went to the plate connected with at least one hit.