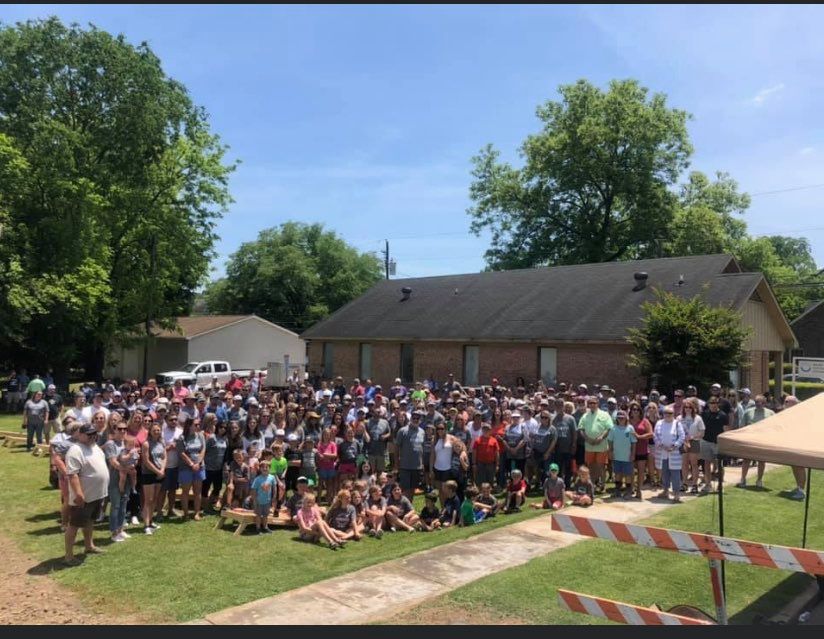 LEEDS — A benefit for a Leeds mother and daughter went better than expected over the weekend.

The Ford Tough Cornhole Benefit at Rails and Ales helped organizers triple their fundraising goal. More than 600 people came out to support the Ford family.

Just after Christmas 2020, Jason Ford got the news that would change his life. The 41-year-old was told he had a cancerous neuroendocrine tumor and worse, it had spread to his liver.

Ford went for his first chemotherapy treatment and it wasn’t long before he developed a rare reaction called posterior reversible encephalopathy syndrome (PRES). He was admitted to the hospital on Feb. 27 and he never returned home.

While hospitalized, Ford turned 42 on March 9. He died on April 4, 2021, ending his suffering but leaving a hole in the lives of his wife, Summer, and their only child, seven-year-old Palmer. 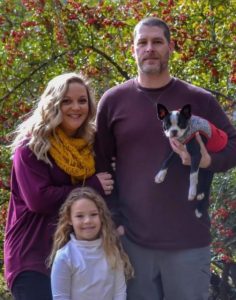 Jason Ford with his wife, Summer, his daughter, Palmer and the family dog, Callie.

Ford’s sister, Carla Meloni, has been working with others during the ordeal, to help the Ford family as they continue to receive medical bills.

“It all just happened so quickly,” said Meloni. “As the medical bills pile up, we just want to do as much as we can to help Summer and try to take one less thing off her plate right now.”

Friends and family organized the cornhole tournament to raise money for Summer and Palmer. They also sold T-shirts.

As for Palmer Ford, Meloni said nights are the hardest.

“Part of her bedtime routine was always for Jason to come and ‘tuck her up,’ as she called it, instead of tuck her in,” said Meloni. “And they would watch movies together and stuff like that at night, so nights have been the hardest.  But she is a precious, precious little girl and she has got so many friends and family surrounding her and taking care of her right now.”

And Meloni wants Summer and Palmer to know that family, friends and the community are there for them.