BIRMINGHAM — An overnight shooting has left one man dead in north Birmingham. 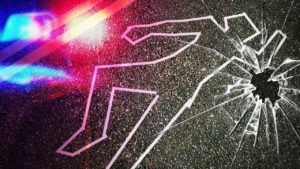 The incident took place at an apartment complex in the 1900 block of 14th Avenue North around 1:26 a.m. Thursday, according to authorities.

A report from the Jefferson County Coroner’s Office says the victim sustained gunshot wound injuries during a reported assault. The decedent was transported to UAB Hospital where he was pronounced dead at 1:50 a.m.

The coroner’s office says the victim’s identity has not yet been determined.

Birmingham police are investigating the case as a homicide. The department has released a report suggesting that a suspect is believed to have fired shots at the victim from a vehicle before fleeing the scene.

A suspect then called to turn himself in and has been questioned by detectives. No arrests have been reported.