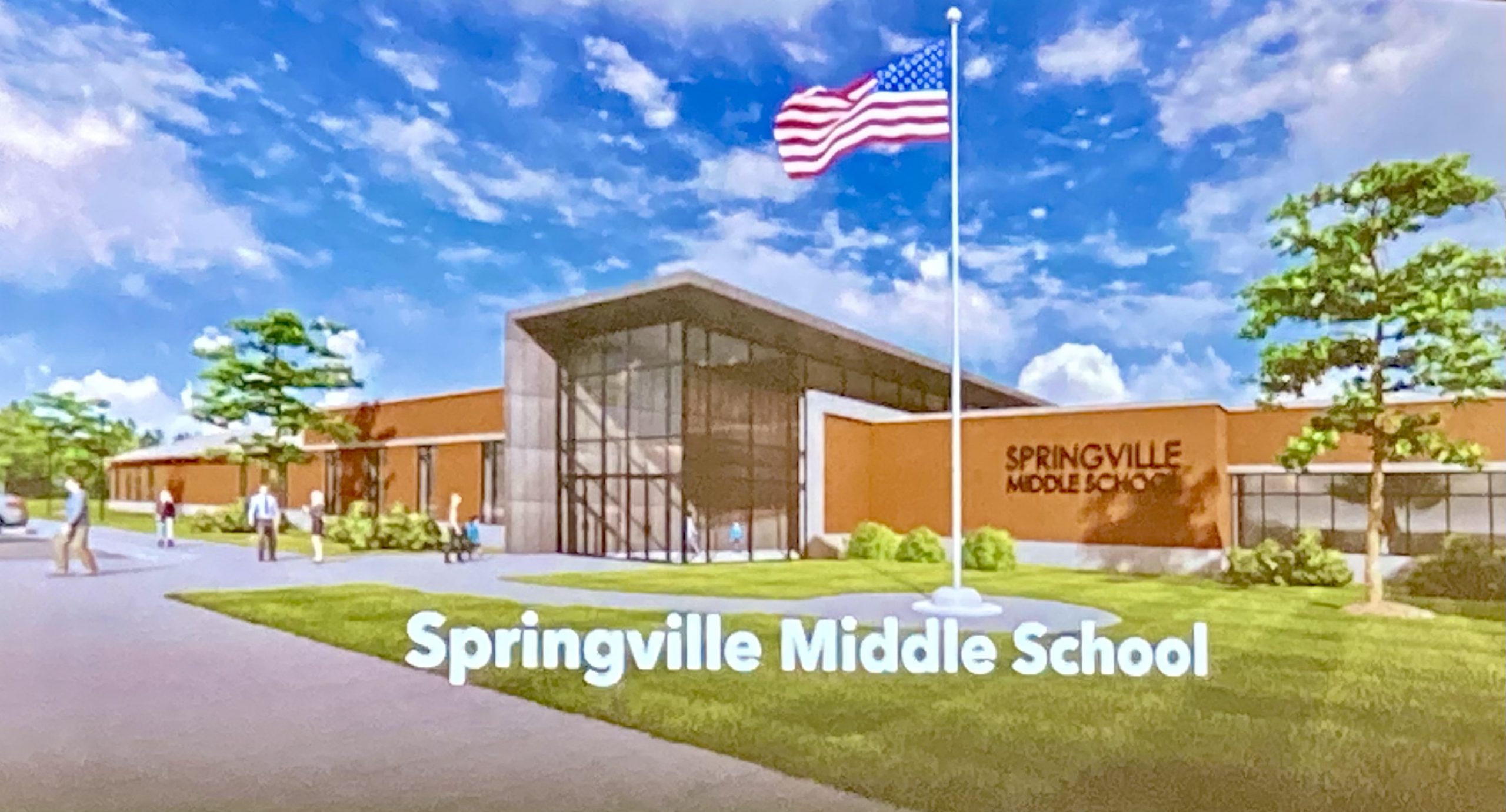 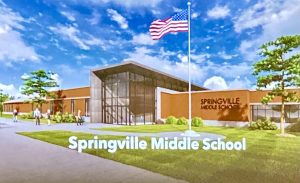 Rendering from a presentation created by SHS Principal Gregory Moore

This ad valorem tax would provide the Springville School System with funds for capital projects such as a new middle school building, a performing arts center and turf for the existing football field.

“We are having an open meeting for the public this Thursday at 5:30 p.m., at Springville Middle School,” Talton said. “This presentation is one that was mainly created (by), and give credit where is due, Mr. Moore at the high school. He couldn’t be with us tonight. … This is the same presentation we’re going to share on Thursday night and answer questions on Thursday night.

“This presentation wasn’t a sole decision by the administrators at Springville; we had some community members join us to talk about and discuss needs, what was desired for the community. We’ve asked representatives from Argo to join us for this meeting, as well.”

“A major issue with our schools is limited space, and I would say more so with the elementary school,” he said. “They have no room in that building. … We’ve had to start allowing the elementary school space (at the middle school) just because they are completely out of room.”

“With what little funding we have, our kids do a great job,” Talton said.

St. Clair County currently has a property tax of 13.5 mils, which is one of the lowest in the state, Talton said. The school system is proposing to add an additional 15 mils of property tax to cover capital projects. All funds generated by the property tax will be placed into separate capital project accounts for each school zone.

Talton added that every school zone in the county is proposing a similar increase. The 15 mil increase will bring Springville schools to a total of 28.5 mils, which Talton compared to Trussville City Schools currently receiving 43 mils, Shelby County receiving 33 mils and Jefferson County receiving 32 mils.

“Even if we do get the 15 mils, that’s still going to put us at less than a lot of the surrounding areas,” he said. 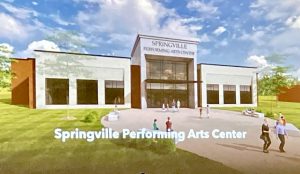 “All of the residents of Springville schools and attendance zone are eligible for the vote for this ad valorem increase,” Talton said.

This presentation will be given again on Thursday, July 29, 2021, at 5:30 p.m., at Springville Middle School. This meeting will be open to the public.

In other city business, the Argo City Council passed the following:

The next meeting of the Argo City Council will be Monday, Aug. 9, 2021, at the Argo Municipal Complex. The meeting will begin at 6 p.m. following a work session at 5 p.m.