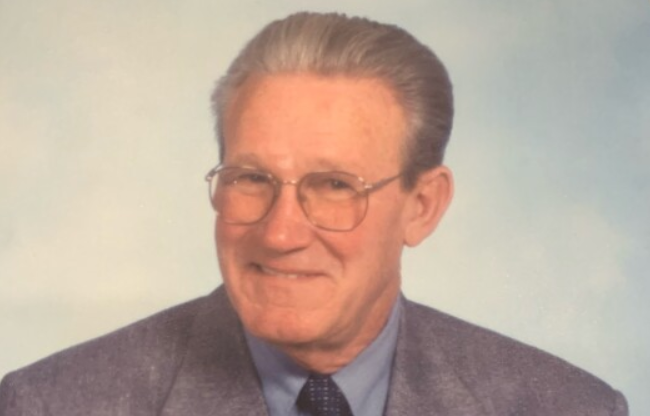 Earl D. Vernon, Sr., age 90, of Trussville, departed from this life on July 29, 2021. Earl grew up in the Rocky Ridge Community. He was an Army veteran and served in the Korean War. He was honorably discharged in 1955. He married the love of his life in 1951 and together they raised their two sons in Trussville.  Earl was a member of the Georgiana Davis Lodge # 338. He enjoyed working on old cars, making stained glass and square dancing. He was preceded in death by his loving wife of 66 years, Dorothy “Dot” Vernon and his parents, Norris and Alice Vernon; his sister and brother, Loise Keith and Harold Vernon. Earl is survived by his two sons, David Vernon (Sandra) and Terry Vernon (Patricia); four grandchildren, Ryan Vernon (Amanda), Andrew Vernon, Zach Vernon and Joseph Pastor; two great grandchildren, Amelia Claire and John David; his aunt, Imogene White; he also leaves behind numerous nieces, nephews and extended family. A graveside service will be held for Earl on Saturday, August 7, 2021 at 10:00 a.m. at Jefferson Memorial Gardens East in Trussville, AL. Earl’s nephew, Brother Brian Stanley will preside over the service. The family asks that in lieu of flowers please send donations to the Georgiana Davis Lodge # 338, P.O. Box 63 Trussville, AL 35173.