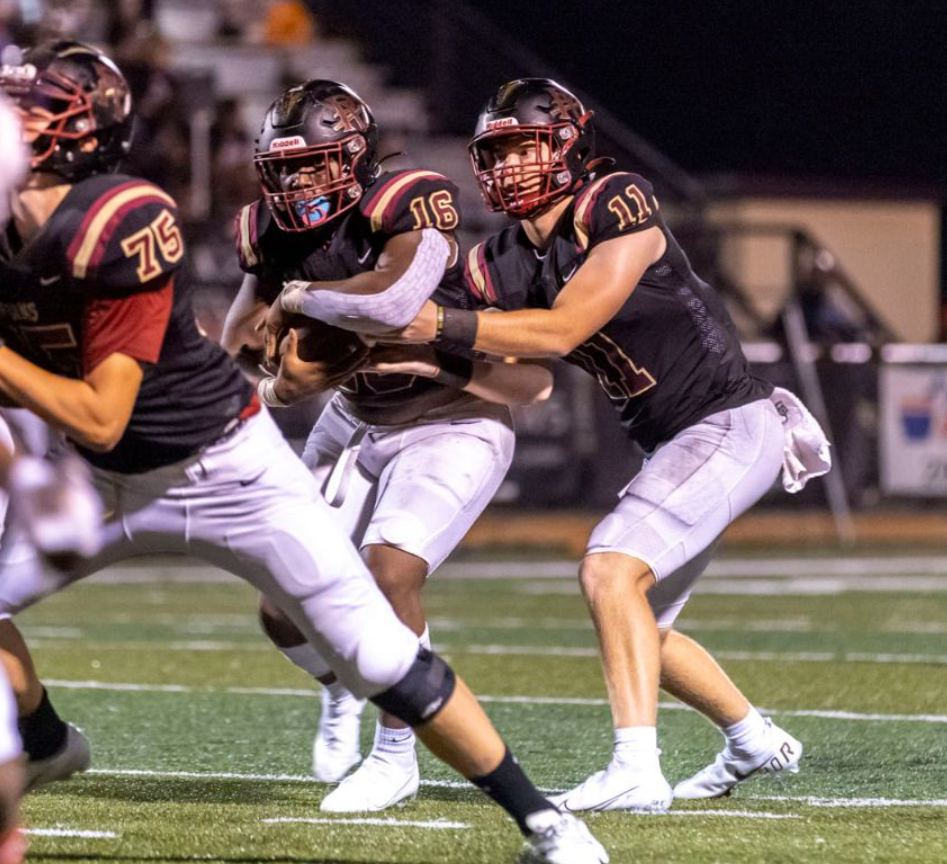 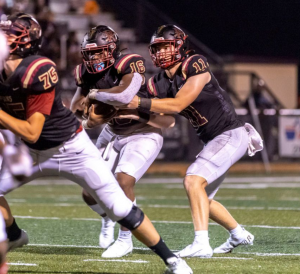 Kason Jones rushed for 180 yards on nine carries for the Mustangs and scored three times to lead unranked Jackson-Olin to 36-28 win in Class 6A, Region 6.

It wasn’t pretty for the defending 6A state champions.

The Mustangs (4-0, 2-0) jumped out to a 28-0 lead in the second quarter. Jones and Mustangs quarterback Malek Lowe each scored a pair of rushing touchdowns.

Pinson Valley (3-2, 2-1) pulled itself off the mat and rallied with three straight scores to pull within seven points, 28-21.

Senior running back Mike Sharpe scored from two yards out, and quarterback Zach Pyron added a 1-yard touchdown before halftime.

Pyron contributed another 1-yard scoring run with 4:18 to go in the third, but it wasn’t enough.

“It was a good game it just didn’t go our way tonight,” Pinson Valley coach Sam Shade said after the loss. “We really hurt ourselves in the first half. We made some bad decisions. We had a chance in the second half, but we just couldn’t put it together.”

Keywone Posey capped the scoring for Pinson Valley, running 10 yards for a touchdown with only 10 seconds left in the game.