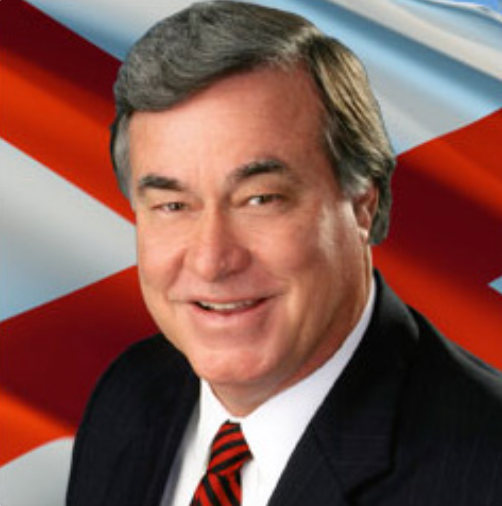 HUNTSVILLE — Huntsville has rocketed past Birmingham as Alabama’s largest city. It is not named the Rocket City for nothing. The Census Bureau had been predicting this amazing boom in population in the Madison (Huntsville)/Limestone area, but the actual figures recently released reveal a bigger growth than expected. Huntsville grew by 20 percent or 35,000 people and is now a little over 215,000. 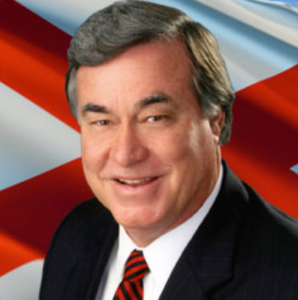 On the other hand, Birmingham shrank by 12,000 or 5 percent to 201,000 people. Montgomery held its own, and Montgomery and Birmingham are actually in a virtual tie for second at around 200,000. Mobile shrank to 187,000 and is now the smallest of the “big four” cities in the state. Our big four cities of Huntsville, Birmingham, Montgomery, and Mobile are all led by sterling mayors. Birmingham’s mayor, Randall Woodfin, and Mobile’s mayor, Sandy Stimpson, both won overwhelming reelection victories in the late August elections.

Mayor Randall Woodfin won a very impressive reelection landslide victory on August 24. Woodfin garnered an amazing 65 percent of the vote against seven opponents. He won his first race for mayor four years ago, the old-fashioned way. He went door-to-door and knocked on an estimated 50,000 doors. He followed up this year by running one of the most picture-perfect campaigns in modern times. He again had a stellar grassroots campaign with a host of volunteers that knocked on an estimated 80,000 doors.

Mayor Woodfin and his team are brilliantly adapting to the modern politics of using social media, yet he adroitly employs the old-school politics of mainstream television, traditional media, and getting out the vote. The initial polling on the mayoral race indicated that Woodfin could probably win reelection without a runoff, but nobody saw the 65 percent final result figure. I am
convinced that the ad firm that designed his televisions ads garnered him a 12 percent boost from 53 percent to 65 percent with an ad using his mother. The ad featured Mama Woodfin asking her friends and neighbors in Birmingham to vote for her boy. She was a superstar.

Mobile mayor, Sandy Stimpson, also won an impressive 63 percent reelection victory on August 24. He was elected to his third term. Stimpson is a successful businessman from an old silk stocking Mobile family. He is doing the job as a civic duty. Mobilians must think he is doing a good job. Stimpson ran a positive campaign and spent a lot of money. Stimpson will be entering his third four-year term as mayor of the Port City. On election night, he indicated that this may be his last hurrah noting that he will be 73 in 2025 and maybe ready to hand over the reins.

There is another dynamic developing in our state. The Morehouse College Degree and experience has become the standard of success among the new African American leaders in the state. It seems that this traditional historic college in Atlanta is where our elite leaders are spawned.

The leadership of Montgomery is all products of this proud institution of higher learning. It is truly a powerfully bonded fraternity. Mayor Steven Reed, State Senator Kirk Hatcher, Probate Judge J.C. Love, and Circuit Judge Greg Griffin all have the same pedigree. They all were born and raised in the Capital City, went off to Morehouse for their education and national political networking, then came home to lead their city and Montgomery County.

Birmingham Mayor Randall Woodfin is a Morehouse man. In his first race his Morehouse friends and fraternity brothers from throughout the country, many of whom are professionals, doctors, lawyers, and businessmen came to the Magic City to campaign and knock on doors for Woodfin. There was a room full of Morehouse men at Woodfin’s victory celebration on August 24 as he won his second term.

By the same token, Huntsville Mayor Tommy Battle and Mobile Mayor Sandy Stimpson are products of the old school, 100-year-old University of Alabama fraternity called “The Machine.” Battle was a member of Kappa Sigma and Stimpson was a Delta Kappa Epsilon.

In closing even though Huntsville is the largest city, folks in the Rocket City should not get too big of ahead. The Birmingham/Hoover metro area is still by far the largest metropolitan area of the state by a 2-to-1 margin.

Steve Flowers is Alabama’s leading political columnist. His weekly column appears in over 60 Alabama newspapers. He served 16 years in the state legislature. Steve may be reached at: www.steveflowers.us.