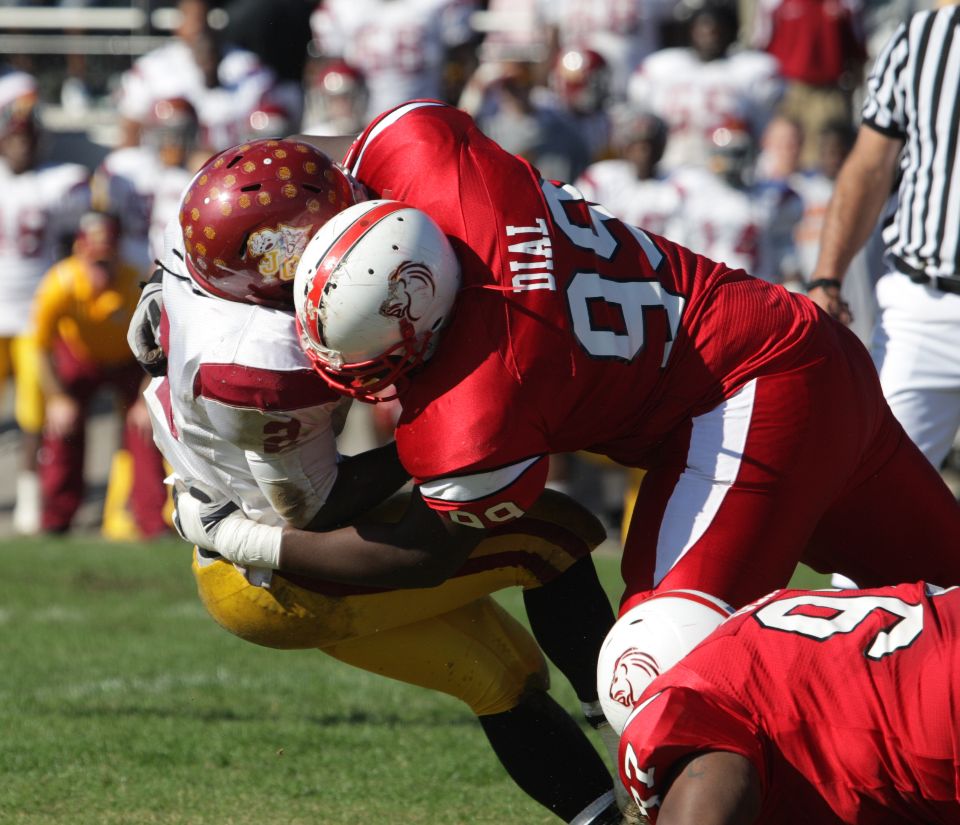 The old adage of being raised by a village certainly holds true for former EMCC All-American and retired NFL defensive lineman Quinton Dial. 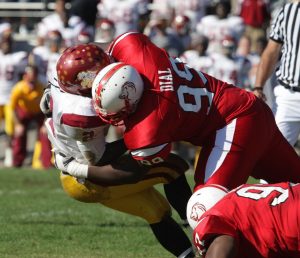 Brought in by the families of his church in his hometown of Clay as a teenager when his mother passed away and his father fell on difficult times, Dial overcame his humble beginnings by discovering the weight room and finding his way to the gridiron at Clay-Chalkville High School.

After being named the 2008 Class 6A Defensive Lineman of the Year and making the Alabama Sports Writers Association’s Super 12 team as a high school senior, Dial became a two-year defensive force for Coach Buddy Stephens’ East Mississippi Community College Lions.  After being a member of EMCC’s first-ever MACJC State/Region 23 football championship team as a freshman in 2009, he enjoyed a breakout sophomore season by being named to the 2010 NJCAA All-American Second Team and NJCAA All-Region 23 squad after totaling 76 tackles, including 3.5 quarterback sacks.

Dial went on to complete his successful collegiate career in his home state as a member of back-to-back (2011-12) Bowl Championship Series (BCS) National Championship teams with Nick Saban’s Alabama Crimson Tide.  In 25 career games played for the Tide, he registered 45 total stops and 7.5 tackles for loss with 2.5 sacks.

Upon being selected in the fifth round of the 2013 National Football League Draft by the San Francisco 49ers, Dial spent five seasons with the 49ers before winding down his pro career with the Green Bay Packers and then retiring from the game in 2019.  During his 59-game NFL career that included 34 starts, Dial recorded 145 total stops, including nine tackles for loss with 4.5 quarterback sacks.  His best season statistically came in 2015 as a 15-game starter with San Francisco when he was credited with 59 tackles, including four TFLs and 2.5 sacks.

Much of Dial’s success while in San Francisco was also accomplished off the field with his community service involvement.  During a four-year span, he was a three-time recipient of the 49ers Community Relations Veteran Service Award.  Dial was also very active in the Bay Area participating in several team fundraising events annually in addition to forming his own foundation whose mission was to support underprivileged kids.

Following his retirement from professional football a few years ago, Dial has spent the time healing from multiple football-related injuries and surgeries while also discovering the outdoors with frequent hunting and fishing trips.

Currently residing in the Bay Area of California, Dial and his wife, Mika, are the proud parents of two sons – Tatum, 6, and Jayden, who will turn 2 years old in November.