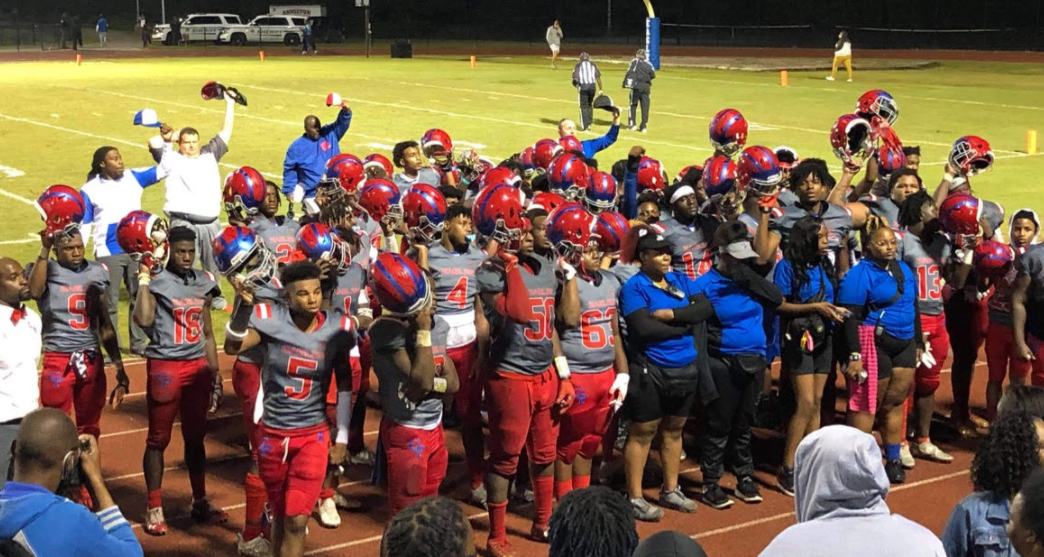 By Joe Crowe, for The Tribune 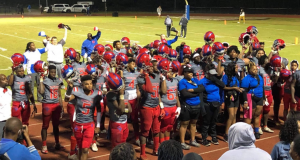 Center Point dominated the first half, with Troy Bruce taking flight for the Eagles. He scored both touchdowns in the first quarter, setting the score at 13-0, and then in the second quarter, found the goal posts again to make it 19-0.

First downs and scores happened fast in the first half, so much that a local restaurant that sponsored every first down and score got as many shout-outs from the announcer as some of the players.

In the second half, Bruce scored once more, making it 25-0 in the opening two minutes.

Center Point Coach George Bates put simply what happened next: “We let our guard down at halftime.”

Anniston’s Bulldogs came off the leash against the Eagles, scoring an astonishing 22 unanswered points.

The third quarter absolutely belonged to the Bulldogs, as Anniston got on the board, then scored again within minutes, bringing the score to 25-14. Then, only about five seconds into the fourth quarter, Anniston scored again, rising to 20. A two-point conversion later, Anniston was within three points of Center Point.

With 6:39 left to play, Center Point intercepted, and managed to hold on — sometimes barely — for the rest of the game.

With 3:35 remaining, Center Point’s Jabari Collier appeared seemingly out of nowhere to run the ball in, pushing the Eagles to 31 points.

One extra point later, the final score was set, with Center Point surviving, 32 to 22.

Center Point rises to 4-2 overall, remaining undefeated at home so far this season. The 5A region 6 team is 2-1 in region play.

“Congrats on the win vs. a dang good Anniston team,” Bates tweeted after the game.

Next up for Center Point is Leeds, the Eagles’ regional rival. Bates recalled the last time the teams collided. “Last time they won with a ricochet off a kid’s helmet. They scored and beat us 17-14.”