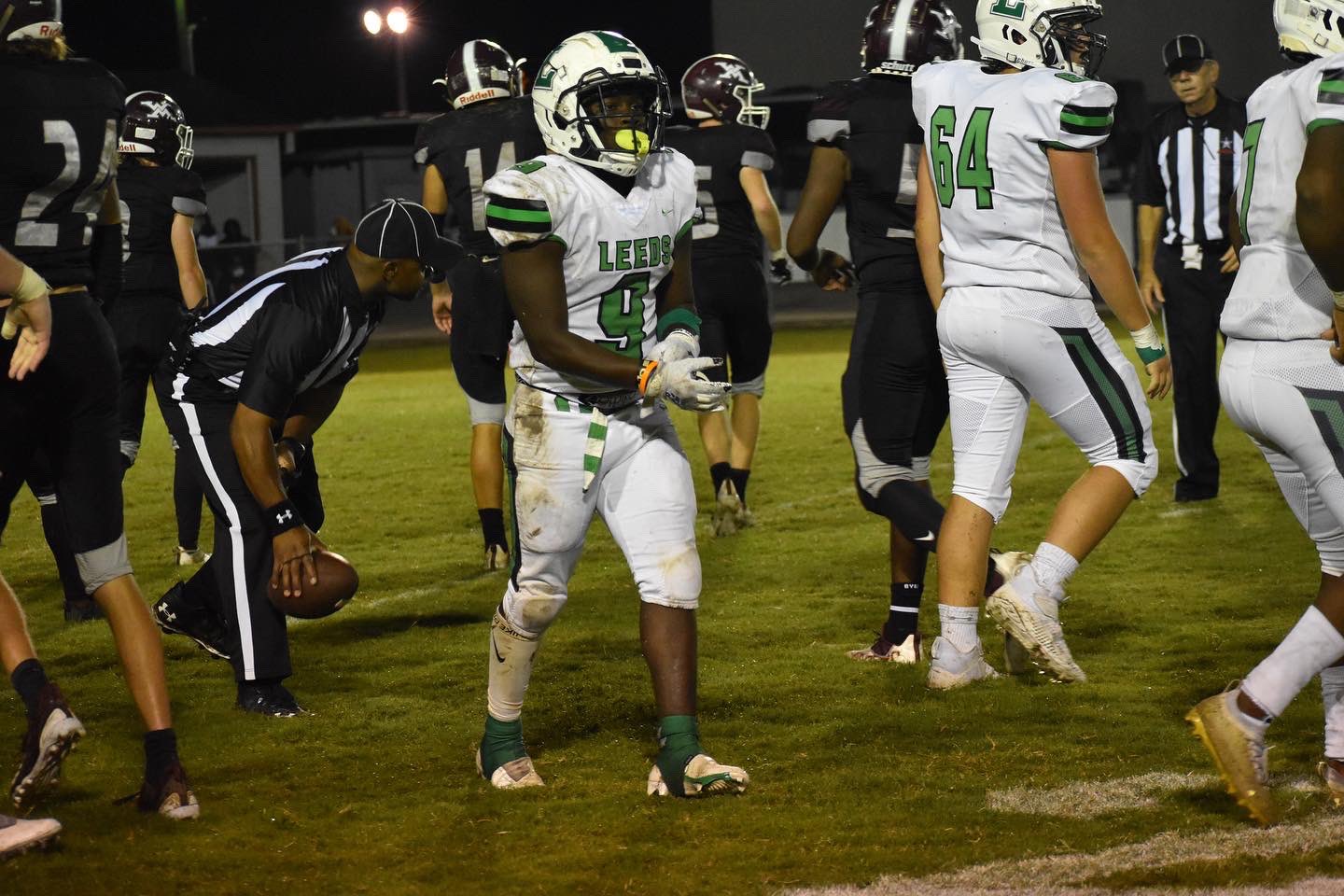 Leeds rolls over West Morgan on the road

By David Elwell, The Decatur Daily 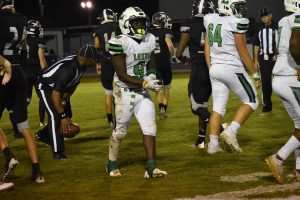 The undefeated Leeds Green Wave (6-0) showed why they are one of the top teams in the state in Class 5A. They scored touchdowns on their first four possessions to build a 27-0 lead over Class 4A West Morgan.

“It was a good effort and it’s always great to get a win,” Leeds head coach Jerry Hood said. “We have to keep improving because we have four really tough region games coming up.”

“I saw a lot of positive things tonight,” West Morgan head coach Drew Phillips said. “I was proud of the effort we gave. It would have been easy to lay down when you get behind a team like this, but we didn’t. We competed to the end. We just need to limit the mistakes.”

Latta was a big reason Leeds got off to a hot start. He completed his first 11 passes for 158 yards and three touchdowns. The junior has been Leeds’ starting quarterback since the eighth grade.

West Morgan first touchdown came on a 31-yard pass from Cam Schrieber to Connor Dillard with 45 seconds left in the first half.

West Morgan added a touchdown on Jalen Fletcher’s 31-yard run with 2:32 left. Fletcher ended the night with 102 yards on 17 carries.

“If I was from the West Morgan community, I would be proud of what Coach Phillips has done with this team,” Hood said. “I watched a lot of film on them this week and they have improved every week.

“They are a tough out for any team. I expect they will make some noise in their remaining region games.”