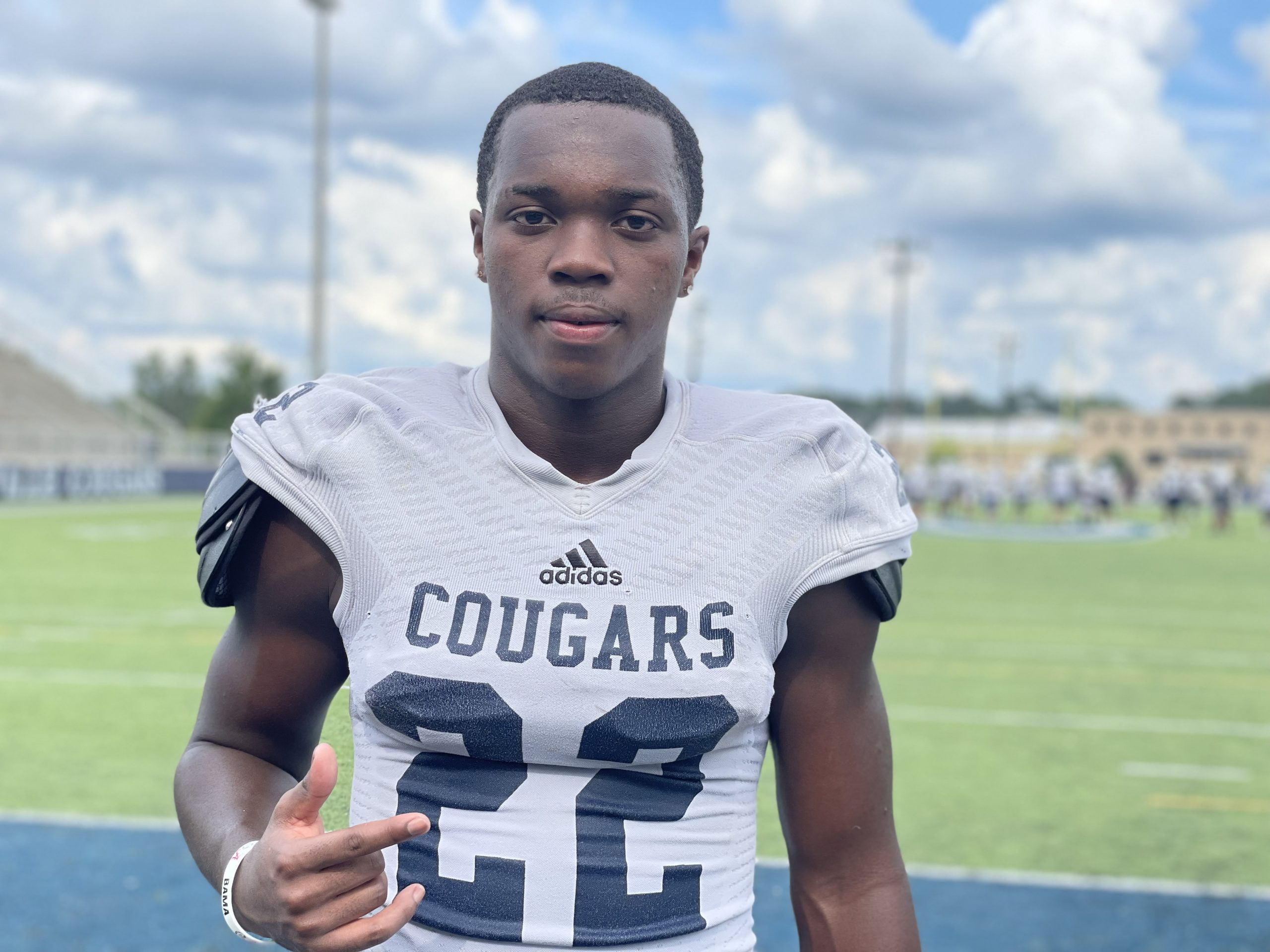 CLAY — In the most important game of the Clay-Chalkville Cougars’ regular season, Ed Osley stepped up. 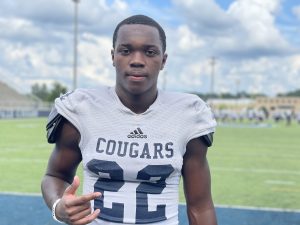 Osley rushed for nearly 200 yards against seventh-ranked (and defending 6A state champion) Pinson Valley here on Friday night, October 15, 2021, scoring five touchdowns and leading the Cougars to a 42-23 victory and Region 6 championship. That effort puts him two yards shy of 1,100 yards on the season, with two games to go.

“To be honest with you, I think he’s one of the most underrated running backs or even players in the state, period,” Cougars head coach Drew Gilmer said of Osley earlier this season. “I think a lot of these college coaches need to get off Twitter and off the internet and all that and come watch a football game.”

Osley, the son of a truck driver and retail store manager, broke out in the first game of the season against Shades Valley with a 70-yard touchdown run in a 40-0 romp. He hasn’t looked back since.

“What makes Ed such a great player is his character,” Clay-Chalkville head coach Drew Gilmer said. “I mean, he’s just a top-notch person, first off, so that makes him so easy to coach. He’s a kid who comes to practice every day and works his butt off. He wants to be coached, and he’s a great teammate.”

Osley has been dominant for most of the season. However, he has yet to be recruited by FBS-division schools, despite having FBS-level talent.

On Friday night against Pinson Valley, Osley did almost everything a running back could do. He carried the ball 31 times; he hit the edge and raced up the sidelines; he went up the middle for the hard short yards that keep drives alive and offenses on the field; and he held onto the ball in the pile, with defenses ripping away at the ball to try to cause a turnover.

“I always plan on giving him the ball 31 times,” said Clay-Chalkville coach Drew Gilmer. “Why wouldn’t I? We’re not very good coaches if we don’t. He just did a phenomenal job. People are missing out on that kid.”

A bystander said that the knock on Osley is that he’s not “the fastest” running back out there.

Maybe that’s true. Maybe Osley isn’t the fastest back on the field. On Friday night, however, he was simply the best. He showed it time and time again, on long runs and short ones. It’s something that Osley has done all season long. He runs with a chip on his shoulder, and the Cougars have come to depend on him.

The Tribune Player of the Week is sponsored by OrthoAlabama Spine & Sports. Also nominated this this week: James Hammonds (Hewitt-Trussville) and Rametrius Yelverton (Leeds).