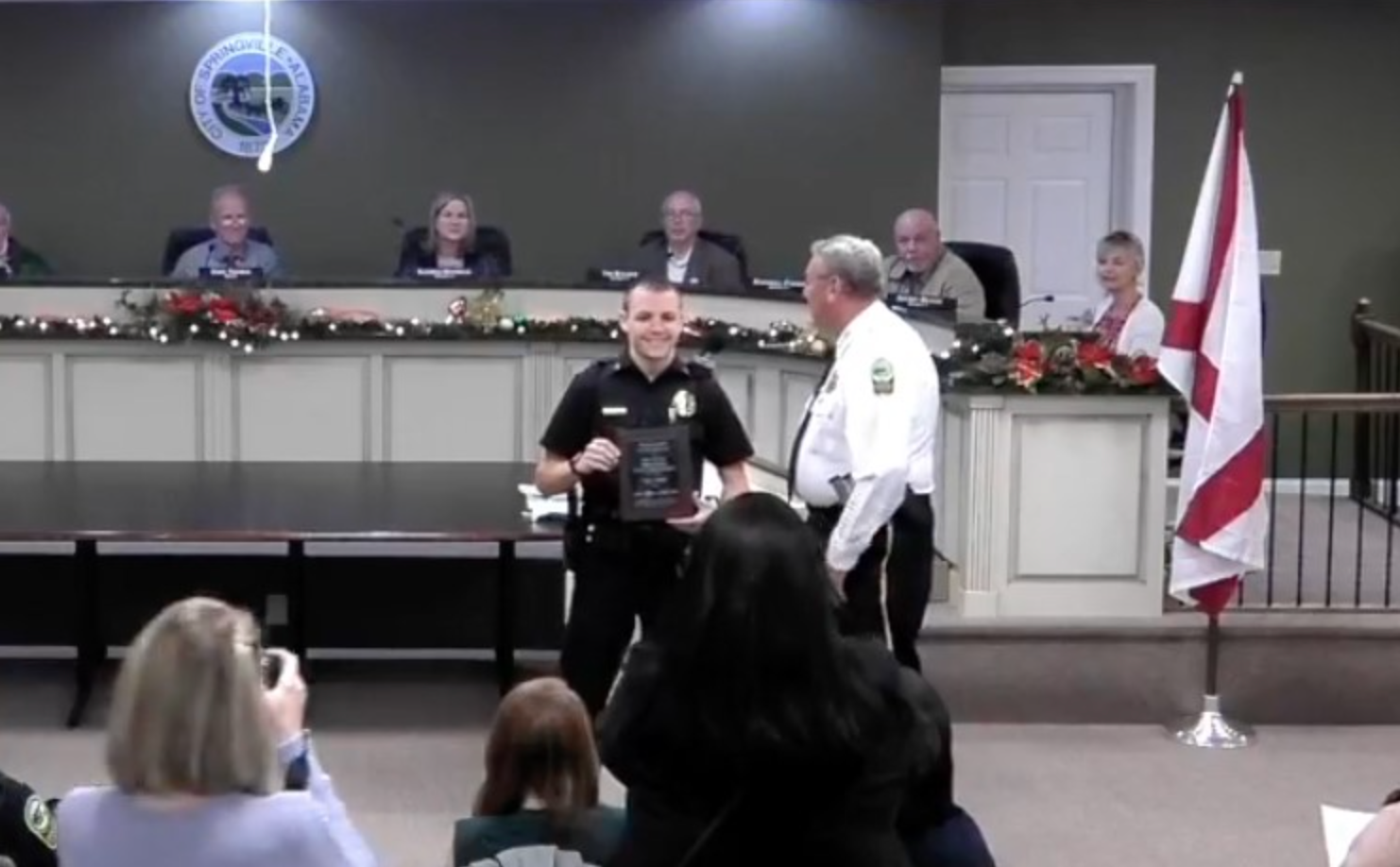 Corporal Brandon Keith received the 2021 Officer of the Year award and the Top Gun award. (Photo by Terry Schrimscher) 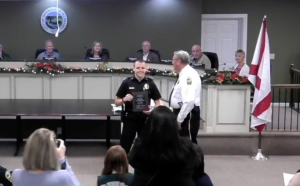 Corporal Brandon Keith received the 2021 Officer of the Year award and the Top Gun award. (Photo by Terry Schrimscher)

In the pre-meeting work session, Mayor Dave Thomas thanked the people of Springville for a successful Christmas toy drive. The drive, organized by the Springville Police Department, gathered more than $5000 in donations for local children.

“I’d like to take just a moment to commend the police department for their toys for tots drive,” Thomas said. “I particularly want to thank the community for their overwhelming response. It has been tremendous. There’s going to be a lot of surprised, happy faces come Christmas morning as a result of everybody’s generosity.”

Corporal Brandon Keith received two honors during the ceremony. Keith earned the Top Gun award. The award is given in a competition where an officer must assemble a handgun and patrol rifle then fire the handgun at a target 50 feet away.

Corporal Keith was also voted Officer of the Year by his fellow officers.

“This year, we let the officers vote on who they thought should be Police Officer of the Year,” Walton said. “When I got the name, I completely, 100 percent agreed with it.”

In the regular session, the primary item on the agenda was the presentation of a new trash collection contract. In November, the Council approved a temporary contract with EcoSouth to serve through the end of February 2022 while the city collected bids for a new three-year contract.

EcoSouth was the only vendor responding to the request for new bids to begin service in March. City attorney James Hill presented the bid to members of the Council. The new bid includes a modest increase in fees and offers standard trash collection options for debris pickup for $20.50 and $22, respectively.

After discussing the level of current services, including comments that the vendor is not currently picking up debris, Hill proposed tabling the discussion until January to allow for more communication between the city and EcoSouth.

The Council unanimously approved hiring Rick Hopkins as Director of Parks and Recreation. Hopkins replaces Ashley Hay, who left the position in November to accept a similar role with St. Clair County.

The Council voted to move the regular January meetings to Tuesday, January 4, and Monday, January 24, 2022.