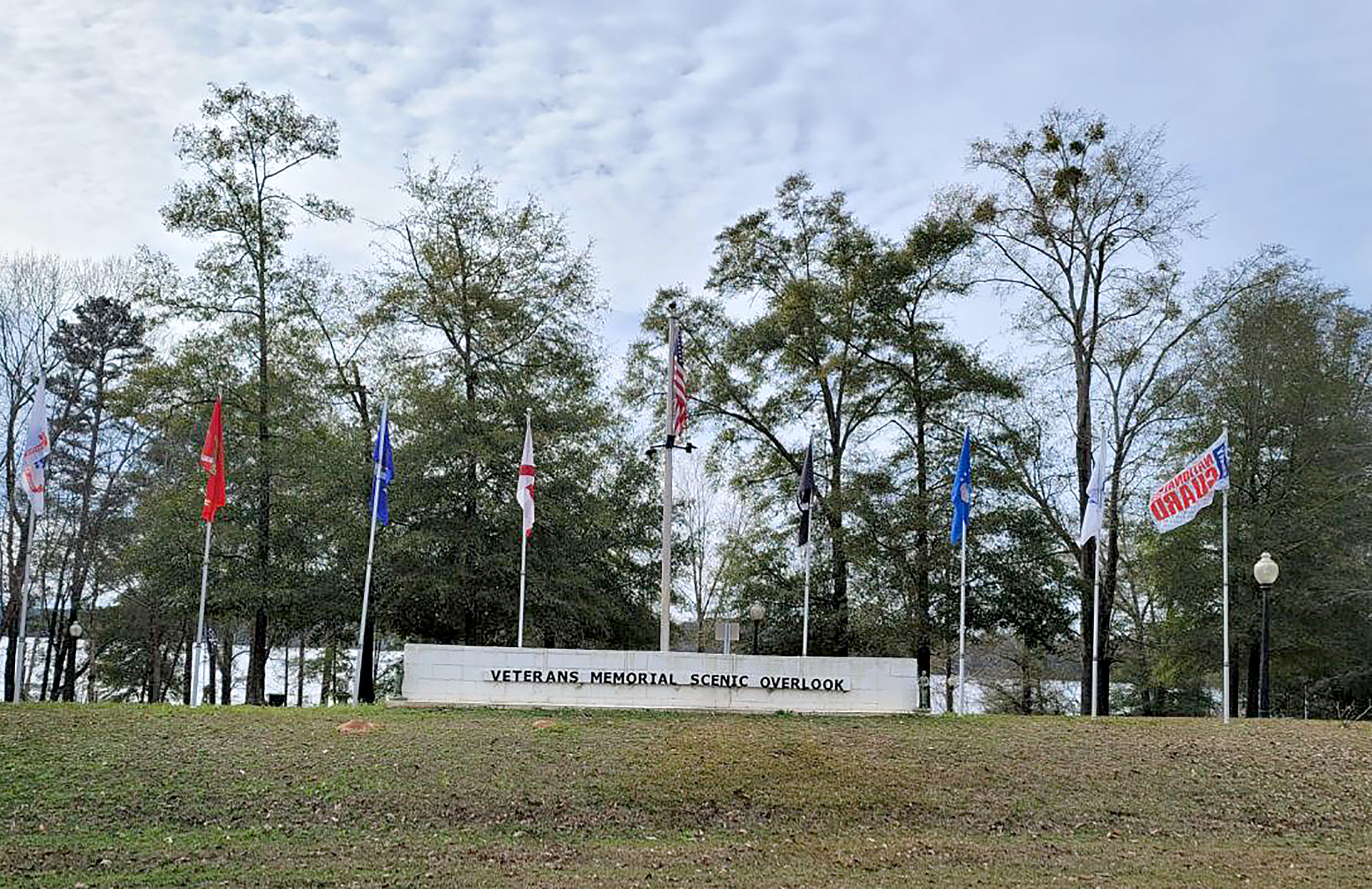 A seldom-used overlook at Frank Jackson State Park near Opp has been transformed into a memorial that honors the men and women who served in the nation’s wars. 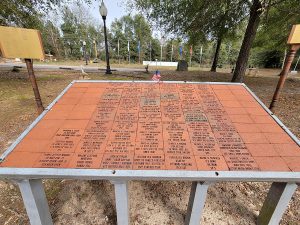 A brick display is available to those who wish to honor a loved one or friend. (Photo courtesy of Jesse Patterson)

A project of AMVETS (American Veterans) Post 23, the Veterans Memorial Scenic Overlook is the brainchild of Paul Norris and the late Danny Donaldson, Opp-area residents who wanted to honor their fellow veterans.

The overlook provides a beautiful view of the 1,000-acre Lake Jackson, but the proximity to the lake’s main entrance caused the viewpoint to be mostly overlooked.

Jesse Patterson, Frank Jackson’s Park Manager, said the area was known as the Northern Overlook, a little “drive-off” spot with very limited parking that provided a panoramic view of the lake off U.S. Highway 331.

“It was part of the park, but it was separated from the rest of the park,” Patterson said. “It was about 7 miles from the park entrance. Chris Jones, the park manager before I got here in 2019, helped Danny and Paul get the ball rolling to try to make the area more relevant. There was no reason for people to go up there when they could come in the campground.

“AMVETS was looking for a place to memorialize the soldiers who had given their lives in the service of our country. The idea was to honor the veterans and give people a reason to go to that end of the lake. It also gives a place for those veterans who are still alive to pay their respects to the soldiers who lost their lives.”

After receiving permission for the memorial from Alabama State Parks, Patterson and Shelby Scott, assistant park manager, helped with the project. The AMVETS volunteers performed about 90 percent of the work, Patterson said.

The memorial was dedicated on Sept. 11, 2019, and additional features have been added on a regular basis. Parking has been expanded to accommodate up to 15 vehicles, and the memorial covers almost an acre with picnic tables.

One feature wanted by Donaldson, who died in the fall of 2021 after a nine-year battle with cancer, was a handicap-accessible ramp that extended to near the lakefront.

“Danny’s mission was to have a proper handicapped ramp to get to the water,” Patterson said. “He had all the materials purchased, and the work just got started when he passed away. Paul Norris saw to the rest of it.”

When Norris and Donaldson first got the idea, they wrote a letter to State Parks and asked permission to use the overlook for the memorial site. 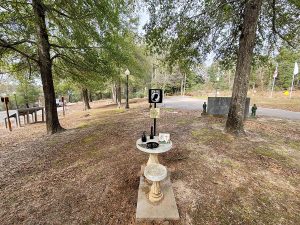 A table for the missing soldier is one of the displays at the memorial. (Photo courtesy of Jesse Patterson)

“They gave us permission, and Danny and I sketched out what we wanted to do,” said Norris, who returned to the Opp area after retiring from Black Brothers Company, a metalworking operation in Illinois. “We built the wall first, and the company I worked for in Illinois donated the lettering.

“Then we approached the rest of our members of Post 23, and they all agreed to help. We put up a brass plaque to name all the people who had donated and helped us with the work.”

Other than Donaldson and Norris, those who aided in the effort were Tom Spinks, Buddy Pyron, Wayne Kersey, Steve Graves, Dennis Cunningham, Tony Roberts, Jason Fleming, John Williams (deceased), Mike McDonald, and the employees of the City of Opp.

The first monument erected at the memorial names the Opp-area residents who died during service in World War I, World War II, the Korean War, and Vietnam.

“We’re putting in the handicapped ramp now,” he said. “We’ve got it in, but we’re having to do some adjustments. We want to build a landing with a table just before you get to the water so they can sit there and look over the lake. We’ve got five picnic tables. A lot of people go out and eat lunch. There’s a lot of history to learn if you read all those monuments.”

A memorial brick display has also been erected. People can pay $75 to have their relative’s name and branch of service engraved into the brick. More than 60 bricks are in the display currently. Seven small monuments honor different aspects of service, including the Purple Heart as well as a table set up with a plate and cup for the missing soldier.

“When we were working on the memorial, we had people coming south from up north, and they would stop and tell us they liked to stop at our memorial because it was quiet and peaceful,” Norris said. “Everyone who has been through there has really enjoyed it. Several people have told us they wanted a place where they could sit, be quiet and reflect on their loved ones lost in war.”

Norris said a walking trail has been started that will go down to the lake and circle back to the memorials.

“Danny and I, that was our sole project,” Norris said. “We really believed in it. We invested in it. And we agreed that neither one of us would take credit alone for doing it. We’re both taking credit for it.” 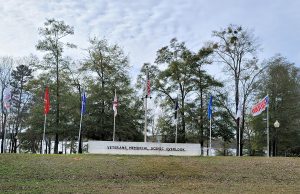 Other than the memorial, Frank Jackson State Park is known for the fishing in the lake for largemouth bass, crappie, bream, and catfish. A handicap-accessible fishing platform is located at the northwest end of the dam and is accessible from Highway 42.

The park has 32 RV campsites with Wi-Fi. Three of the sites are handicap-accessible. A pedestrian bridge spans a section of the lake that gives visitors easy access between the playground and campground areas as well as serving as a great viewing area for wetlands habitat.

During the fall, Frank Jackson is also the home of Scarecrows in the Park. In October and November, the hiking trails are lined with decorative scarecrows and displays made by local individuals, businesses, organizations, and school groups.