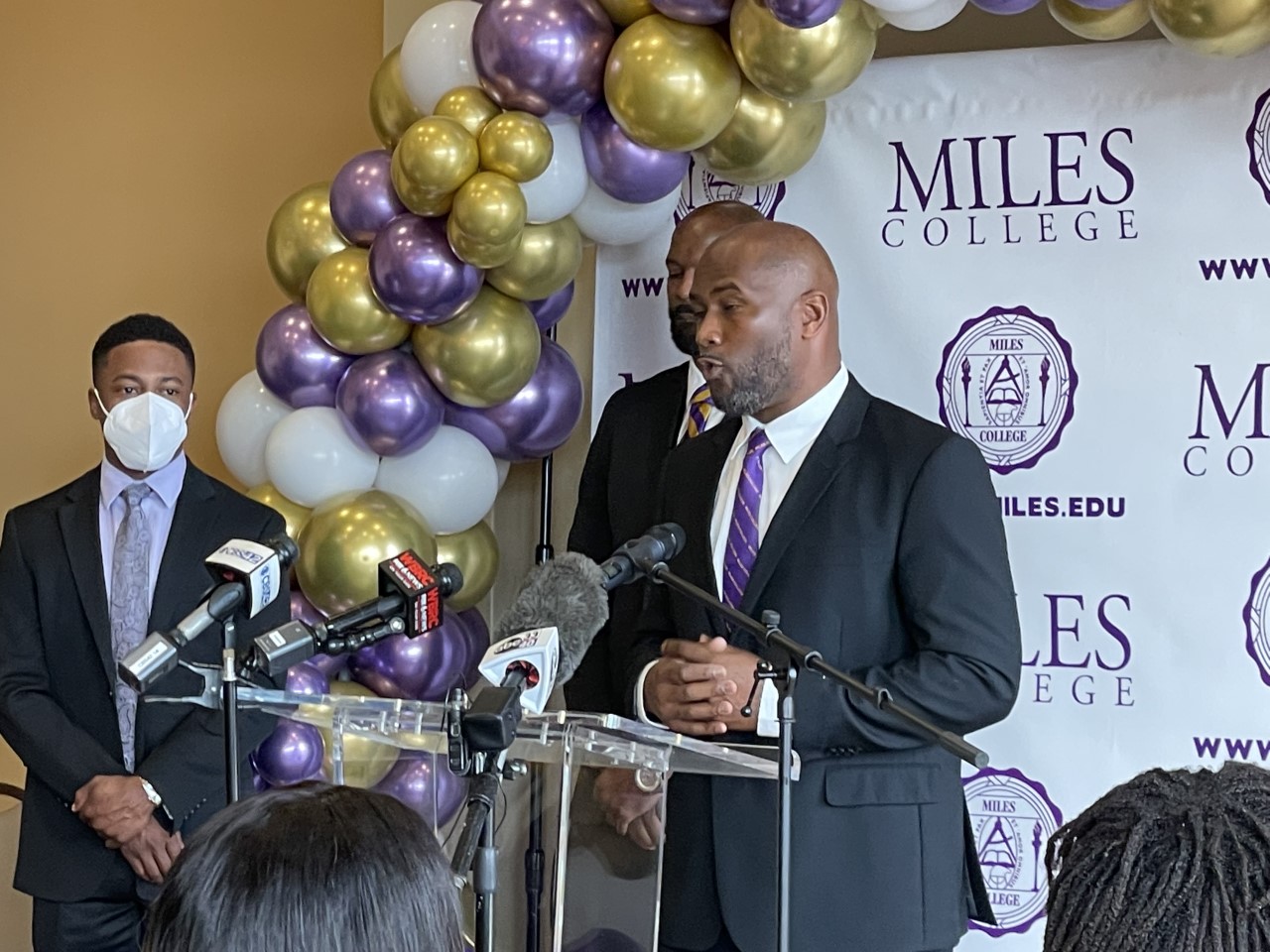 FAIRFIELD — New Miles College head coach Sam Shade won’t be a stranger at Pinson Valley. That’s because his son, Jacoby, will return for his senior year as the strong safety for an Indians team that finished 9-4 and made the quarterfinals of the 6A playoffs. 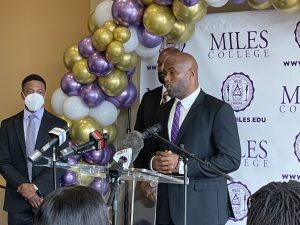 Shade, introduced Friday, January 28, 2022 as the new head coach for the Golden Bears, said that Jacoby’s desire to return to Pinson Valley to finish his high school career was indicative of the quality of education and teammates in Pinson.

Shade left his former players with some words of wisdom after he decided to take the Miles College opening.

“We always talk to the kids about life lessons that they get out of the game of football,” Shade said. “I talked to them about change. In life, things are going to change. At some point, you’re going to go get a job. Your supervisor’s going to change, your boss is going to change. You’ve got to learn to handle change, and that’s one of the messages I left those guys with. Just wished those guys well and told them that they’ve got a shot to really be successful.”

One of Shade’s strengths as a coach has long been to foster strong relationships with his players. It’s a skill he plans to continue using at Miles College.

Taking the Golden Bears’ head coaching position is something of a true homecoming for Shade, who was born at Lloyd Nolan Hospital in Fairfield.

During his coaching career, Shade has led the Pinson Valley Indians to a 2020 6A State Championship and was a 2021 6A playoff quarterfinalist. He has a 21-6 record as the Indians’ head coach.  Shade is a native of Birmingham, a former football standout at Wenonah High School, The University of Alabama — where he won a national championship under the leadership of Coach Gene Stallings — and a former NFL player. He has coached as an assistant at the professional and collegiate level. Miles College is his first collegiate head coaching job.