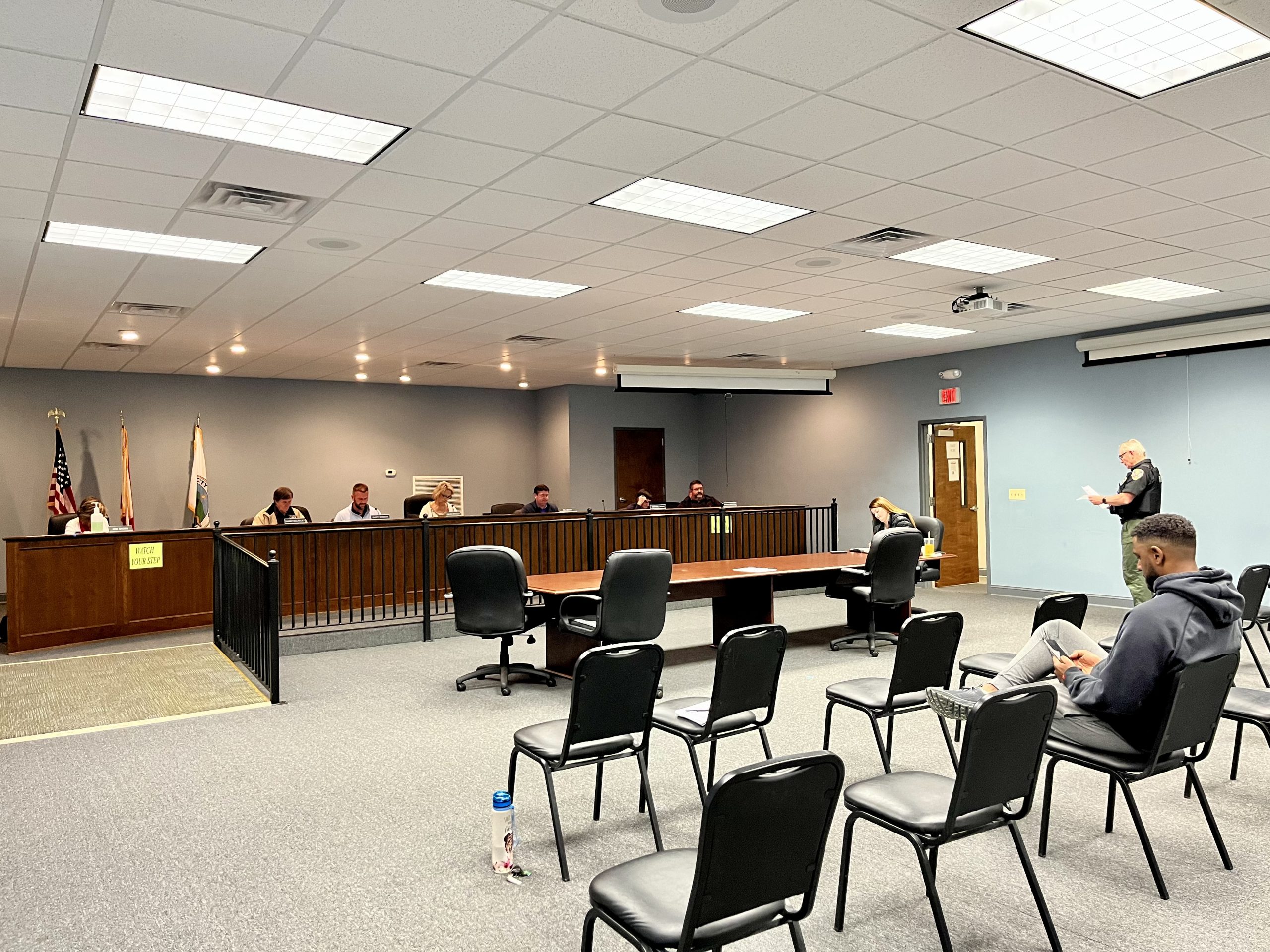 “A letter of commendation was given to officers Jason Mitchell and Tim Dison,” Wells said. “On Jan. 27, they were dispatched to an accident. The address they were given was 366 US Highway 11 near Massey Drive. As it turns out, it wasn’t the correct address when they checked. So, Officer Mitchell took the time to call the person that called into dispatch.”

Glenn said that the correct address was about three miles down the road, just inside Springville city limits.

According to the letter of commendation, “While in route to the second location, Officer Dison decided to check the open field across from the dead-end of Old Springville Road where many accidents have occurred in the past. A short distance away, north on Highway 11, Officer Mitchell found a truck that had left the roadway and engulfed in flames. Officer Mitchell exited his patrol unit, ran to the truck, opened the driver’s side door and found the male driver still in the vehicle with smoke and fire inside the cab.”

Mitchell then was able to move the driver from the truck to a safe location, a few minutes prior to the arrival or Springville Fire Department. The truck was a total loss.

“Due to Officer Mitchell’s heroic actions and foresight to contact the original complainant thereby obtaining an accurate location of the accident, the driver’s life was most assuredly saved,” Wells wrote in the letter of commendation. “I commend Officer Mitchell for having the presence of mind to call the complainant and his courageous actions after arriving at the scene of the accident.”

In city business, the Argo City Council unanimously approved a motion to purchase two computers, including monitors and keyboards, and a printer for the police department, using American Rescue Plan Act funds, in the amount of $2,619.93.

The council also passed a motion approving $200 to assist with sending Councilor Dusty Stinson to a Congressional meeting in Washington, D.C.

“We purchased the Margaret sewer treatment plant plus the lines that accompany that plant,” Tortorice said.

“From our perspective, buying it, there will probably be a slight rate increase,” Tortorice said. “We are going to do a study; it won’t be anything substantial, but just to make sure that we’re covering the cost of the plant. … As soon as we’re buying it, we’re upgrading it. So right now, our capacity is about 1,200 customers; we’re upgrading it and going to be doubling that capacity to basically be ready for the growth that’s in Argo, Margaret, and the surrounding areas that will be on this plant. We’re immediately investing another million dollars into it. That’s one of the reasons we’re going to have to look at a rate increase.

“But the big reason we bought it is to kind of control our own future. If a private entity came and bought it, they could really jack up the prices and really run businesses off and hurt us. So we want to be able to control our own destiny, and obviously we’ll be good neighbors and good stewards of it.”

Mayor Bradley reminded the public that the city will be holding a zoning meeting, open to be public, on Tuesday, March 1, at 6 p.m.

“There’s going to be barbecue and all the fixings for everyone that comes out,” Bradley said.

The next meeting of the Argo City Council will be Monday, Feb. 28, 2022, at the Argo Municipal Complex. The pre-council workshop will begin at 5 p.m. with the regular meeting immediately following.