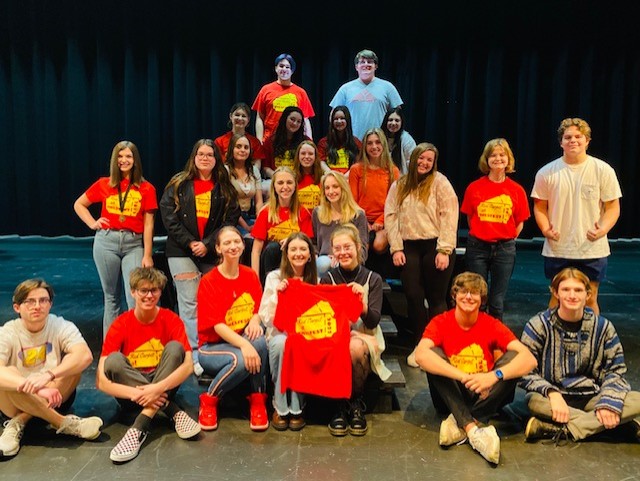 TRUSSVILLE — Students from the Hewitt Trussville Theater Department attended the Alabama Thespian Festival on Friday and Saturday, February 18 and 19. 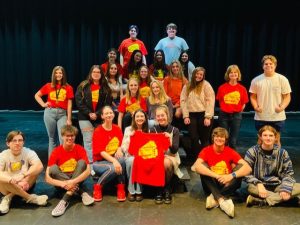 Students from across the state of Alabama gathered at Vestavia High School for the weekend in order to grow their knowledge with interactive workshops on every aspect of theater — onstage, backstage, and front-of-house. Secondary and post-secondary teachers led the workshops from high schools and universities around the state.

During the festival, some students showcased their talents in individual performances for adjudicators in the areas of  Acting, Musical, Dance, Technical, Junior Acting, and Junior Musical. Students who scored a rating of Superior from the adjudicators qualify to compete at the International Thespian Festival this summer in Indiana.

“I enjoyed the Thespian Festival because I got to be with my friends while also learning and growing as a performer. I would love to attend again to see my improvement and growth each year,” Freshman Sidney Smith said

“This was my first time attending ThesFest. I thoroughly enjoyed it. My favorite part was learning about auditioning. I believe the information I learned at ThesFest will help me in future theater productions that I will participate in. I will definitely attend in the future,” Juliet Theriot said.

“I love how we can join with other schools and learn what we can do better in our performances,” Junior Ethan Finnegan said.

Thirty-one Hewitt Trussville students attended the festival. Nineteen of these students went before adjudicators in either individual or group performances. Of the 19 students, the following students earned the rating of Superior in the following categories: