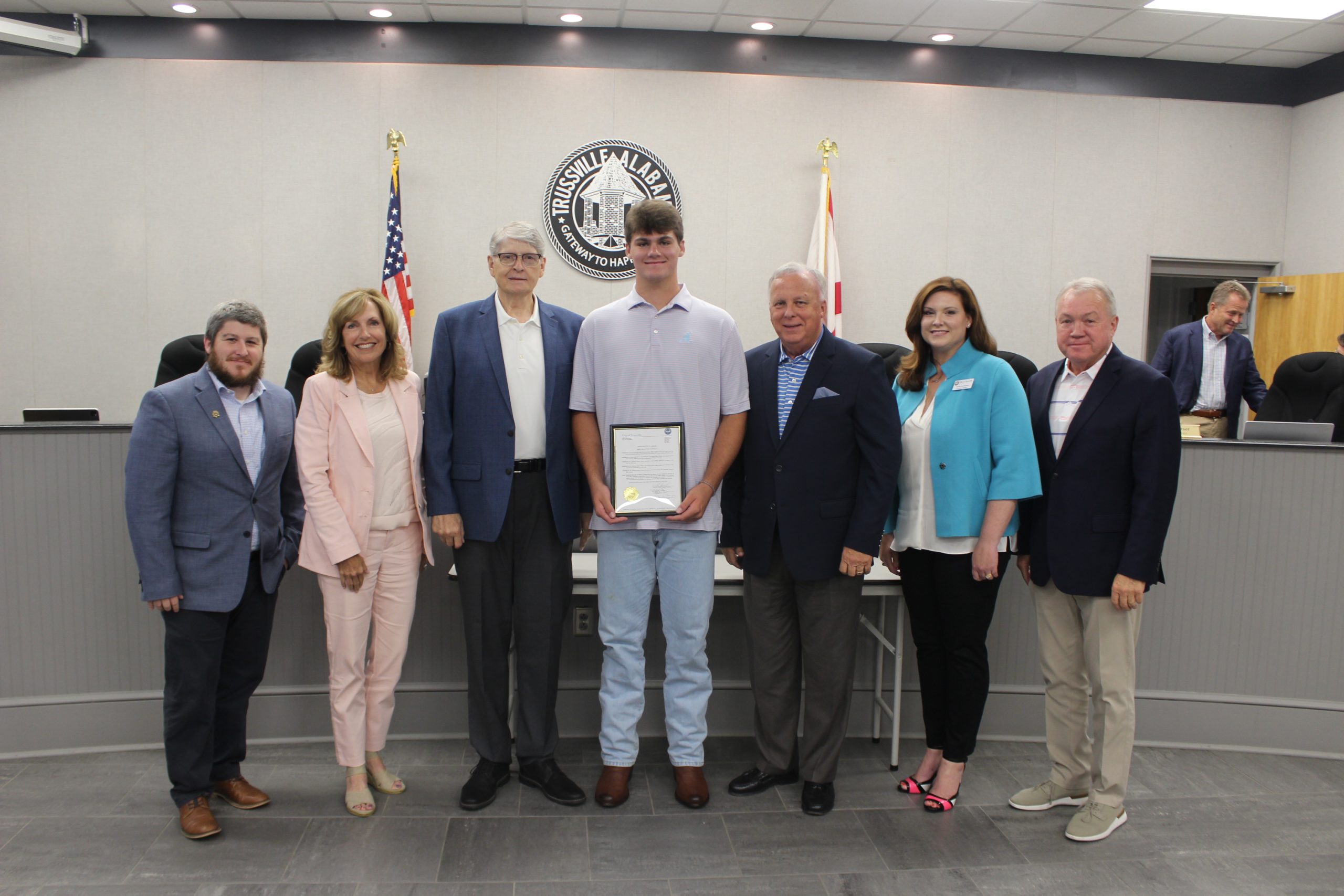 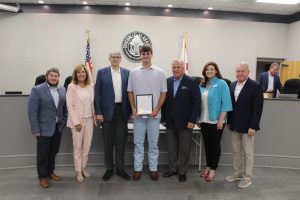 According to the proclamation, Hewitt-Trussville High School graduate Quick proved once again to be the ace of the Huskies pitching staff, posting an incredible 13-1 record with a 0.92 ERA. All opponents collectively batted just .142 against Riley Quick, as he struck out 130 batters and only walked 37 over 82.2 innings pitched this season.

The Trussville Tribune also named Quick Tribune Baseball Player of the Year, as well as a member of the All-Tribune team.

“With Riley pitching, we always have a chance to win,” Hewitt-Trussville head coach Jeff Mauldin said during the 2022 regular season. The Huskies won the Class 7A Area 6 title and finished runner-up in the state championship series to Central-Phenix City.

Quick won the opener in that series, pitching well against a talented hitting team, and earned a shutout despite giving up a single and a double in the top of the seventh inning in a 6-0 victory.

The council congratulated Class of 2022 graduate Quick on his amazing athletic success.

“We look forward to watching him dominate the competition whenever he takes the mound for the University of Alabama and eventually in professional baseball,” the proclamation states.