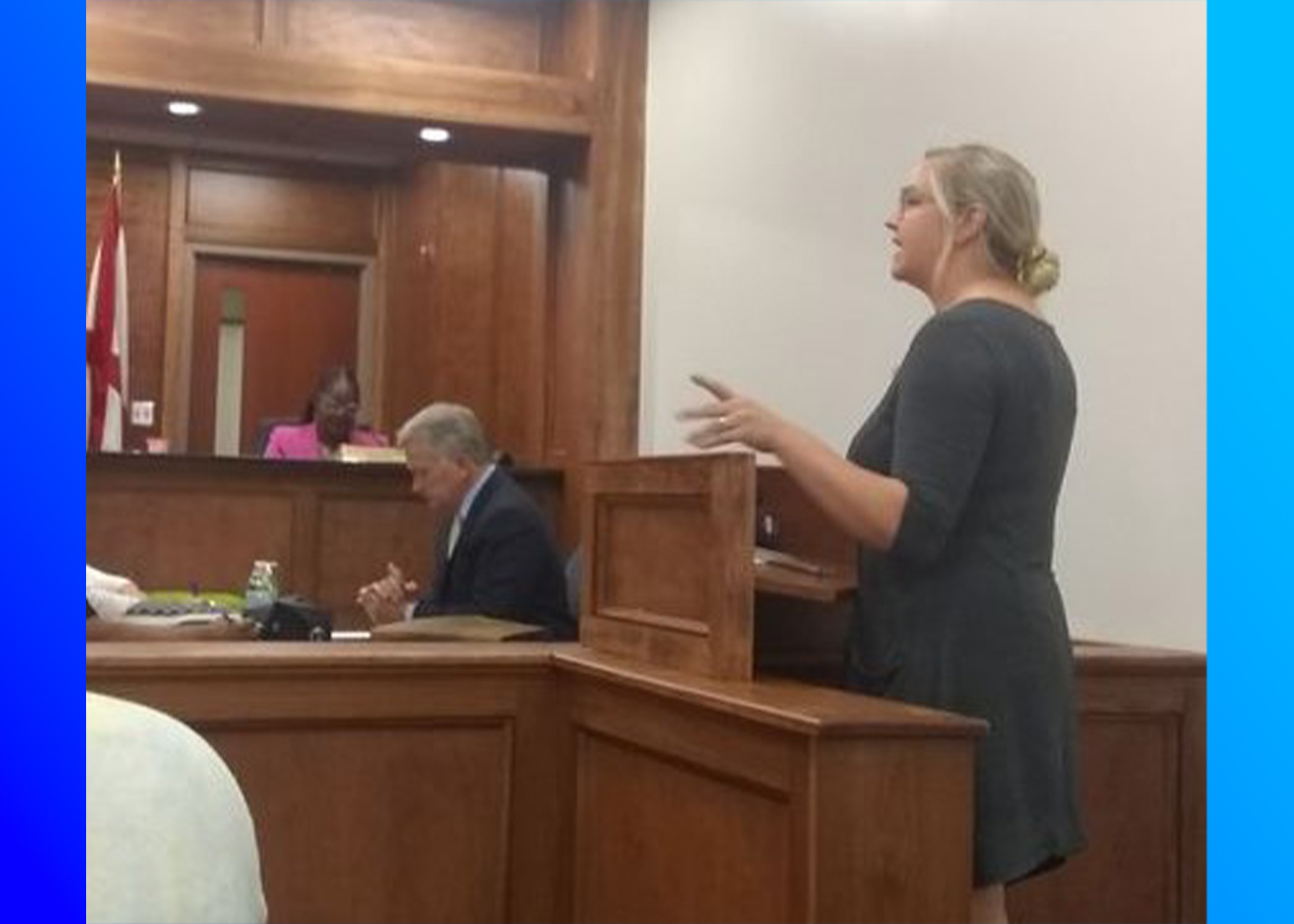 Editor’s Note: The story was corrected on Wednesday, August 17, at 7:17 p.m. after the editor reviewed the audio recording  from the Leeds City Council meeting.

LEEDS – The Leeds City Council heard a proposal from the Regional Planning Commission of Greater Birmingham to develop a comprehensive plan and heard from concerned citizens about the Main Street project during a meeting on Monday, August 15. 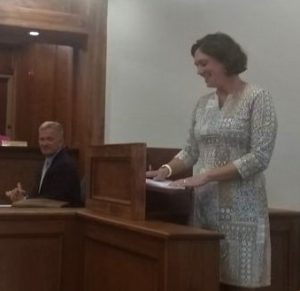 Planner Lindsay Puckett presents an overview for a comprehensive plan by the Regional Planning Commission of Greater Birmingham. (Photo by Nathan Prewett)

Mayor David Miller said that the city’s comprehensive plan is updated every decade and introduced Principal Planner for RPCGB Lindsay Puckett, who spoke to the council and audience to outline how the plan would be produced.

Leeds’s current plan (titled the “Master Plan”) was established in 2012. Puckett said that if the council approved an agreement to work with RPCGB for a new plan, the city would pay 20 percent of the fee, and 80 percent would be paid with federal money.

Puckett gave a presentation that demonstrated the process of creating a plan. Among those involved in the process are surveys for public input, mapping, information meetings, a project committee, and others.

When it came time to vote on the resolution, Councilman Eric Turner recommended that the council table the matter, citing several things that he said the city already has, such as code maintenance, legal assistance, and elements similar to what Main Street will address.

Turner motioned to table voting on the agreement. This was approved unanimously by the other council members.

The final item on the agenda was a resolution to appoint a member to the library board. Before any action could be taken, Miller said there were “discrepancies” with the addresses listed by applicants. 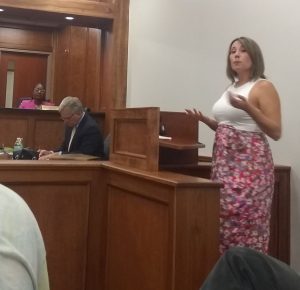 “If you don’t live in the city, you can’t serve on the board,” Councilman Kenneth Washington said. “I don’t want to embarrass anyone, but that’s the way it is.”

The council then voted to table the resolution for a future meeting. The list of applicants can be seen on the agenda packet of the city’s website.

Several spoke during public comments, beginning with an update from Leeds Main Street Executive Director Amber Vines. She said she will attend an annual Main Street conference soon to network with other directors and that a resource team will visit the city to conduct interviews and propose work plans.

Next was Martha Flowers, who brought up a concern based on rumors that the city may not go through with the Main Street program supposedly due to funding and urged the council to support the project.

Leeds Main Street requested $50,000 in funds. The concern regarded payment to the project being blocked. Miller said that the Jefferson County Personnel Board contacted the city and that certain policies must be observed before funding is secured.

“Word was going around that we were trying to stop it,” Miller said. “The personnel board was the one that contacted us and told us, ‘Wait a minute, this has got to be reviewed, there’s got to be a look at their finances, it has to be proven that they have to have their own finances separate from the city funds and sufficient funds to pay that $50,000.'”

According to a post on Leeds Main Street’s Facebook page, a letter was circulated by a “well-intentioned citizen” about funding but said that it was inaccurate. 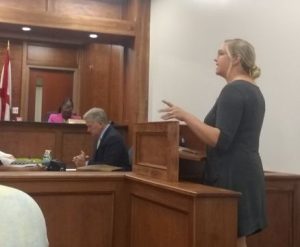 “While we appreciate the support we receive from our community, some of the facts are inaccurate, and we want to clarify,” the post said. “We are already a Main Street community. We received designation from Main Street Alabama on June 1, 2022. Leeds Main Street is a non-profit organization seeking private/public partnerships to fund projects in our downtown district. We’ve submitted a request with the city to be added to the next fiscal year budget, and we are expecting a vote from City Council for that next month. This vote does not determine whether our program will continue; we are just requesting public funds to support our projects within the downtown district.”

Leeds Main Street also provided a copy of an appropriation application that can be viewed on weloveleeds.com.

Afterward was Lacey Chasteen. She spoke on a room at the Water Works building being used for meetings for the Main Street project. She said that a doorway to the restroom during a meeting was found to be boarded up and that it was later discovered that the doorway had been bricked up.

She then asked if the council was aware that had happened. Turner asked Miller why that had been done, to which Miller said that it was a matter of security.

“It was a matter of business security and really had nothing to do with shutting anybody off from the restroom,” Miller said.

This drew comments from the audience that seemed to disagree. With no one else signed up to speak, the meeting was adjourned.