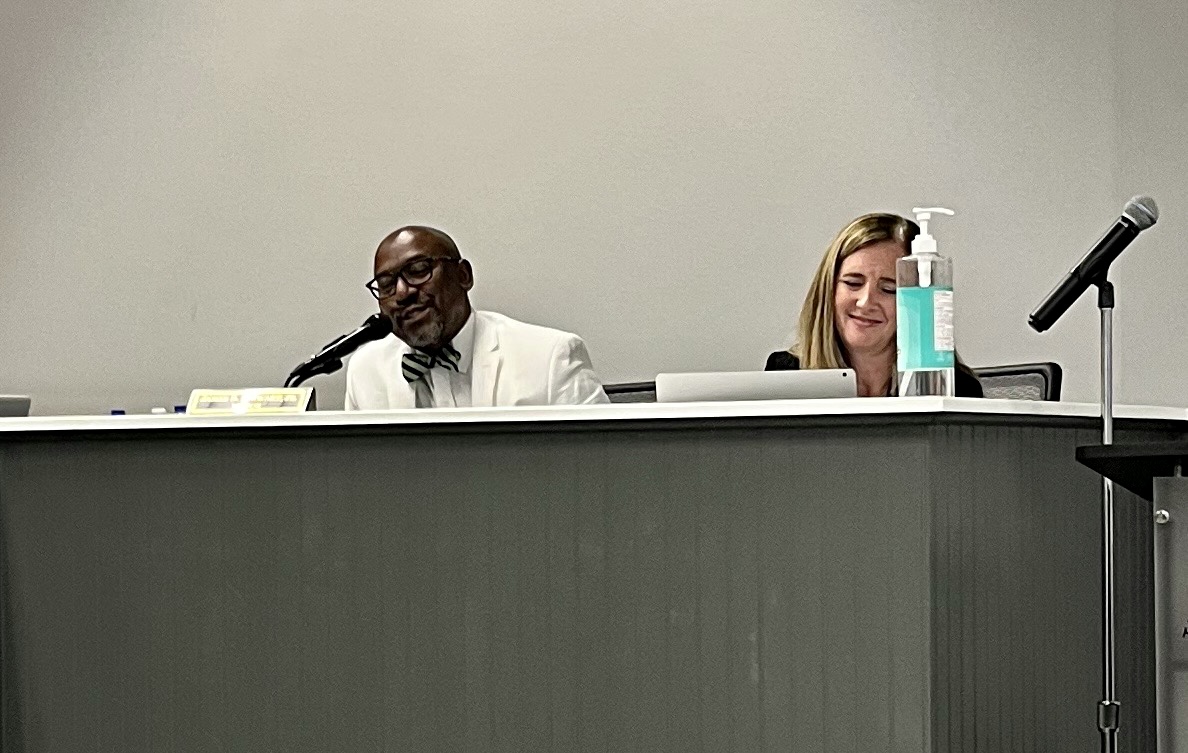 IRONDALE – After much deliberation and hearing from residents, the Irondale City Council passed two motions, each with a 4-1 vote, on Tuesday, Aug. 16, concerning contracts for professional design, architectural and engineering services for a new park and athletic facility at Ruffner Park and a new state-of-the-art library for the city of Irondale. 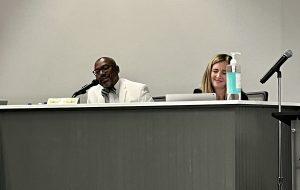 Mayor James D. Stewart speaks on Ruffner Park and the anticipated new library at the Aug. 16 meeting of the Irondale City Council

“We’ve been trying to get something done at Ruffner since I became mayor, and before I became mayor,” Irondale Mayor James D. Stewart Jr. said. “The previous agreement that we had, things didn’t work out and we parted ways. We began to have conversations with Goodwyn Mills Cawood, … one of the top engineering firms as well as architectural firms … so I wanted to give them the opportunity to be able to finish what we began at Ruffner Park … Since we moved the dog park to Ellard, we’re going to keep Ruffner as an athletic complex.”

Steward said Ruffner will remain an athletic complex and receive a total upgrade. Resolution 2022-R-150 authorized the city to enter into an agreement with Goodwyn Mills Cawood for professional design services in an amount not to exceed $170,000. These funds, which will be paid over a six-month to one-year period, are for design plans only and will not cover the construction of the actual project.

In regard to the library, Resolution 2022-R-151 authorized the city to enter into an agreement with Charles Williams & Associates for architectural and engineering services for a library facility in an amount not to exceed $489,800. This agreement is also for architectural plans and designs only and will not cover the cost of the library itself, which the mayor and council said is expected to cost nearly $10 million.

“I’m encouraged that the city will move in this direction, to be able to build a brand-new library for our city,” Stewart said. “The library across from city hall has been there for about 50-60 years. It’s no longer adequate to be able to provide our citizens with the services they need – I’m talking about the building; not talking about the staff. … I believe that we have one of the greatest staffs.”

“It will probably take us a couple of years to be able to go through the whole process,” Stewart said. “However, we do need to start the process. We do not need to delay it any longer, because when you begin to delay things, typically they do not take place.”

Stewart said that the anticipated library will be “one of the finest libraries in Jefferson County, expanding from 8,000 square feet to 16,000 square feet.”

Councilor Cindy Cuellar, who was the sole member of council to vote against both resolutions, said that she supports the parks and library, but requested that the city postpone these decisions until it has a budget for the 2023 fiscal year.

“I believe we are putting the cart before the horse,” she said. “I’m a numbers person, and we’ve taken on a considerable amount of debt over this year. … I would like for us to have a budget for 2023 so that we have a clear picture of where we’re going to be. It doesn’t matter if we’re going to be paying this in phases. I’m not against the ballparks. I’m not against the library. But as a financial person, and one who’s entrusted by our residents with watching our finances, I first want to see a budget before we move forward with any additional things.”

Several citizens in attendance spoke in agreement with Cuellar, asking that the city wait until it has a budget before committing finances toward the ballpark and library. A few, including library board member Jackie Crandall, spoke in favor of moving forward with both projects.

“This has been something that the board of the library and the mayor have been discussing for a few months and something that we are very excited about,” Crandall said. “We would fully support moving forward and getting the ball rolling to continue the discussions to move forward towards a new library.”

The next regular meeting of the Irondale City Council will be Tuesday, Sept. 6, 2022, beginning at 6 p.m.