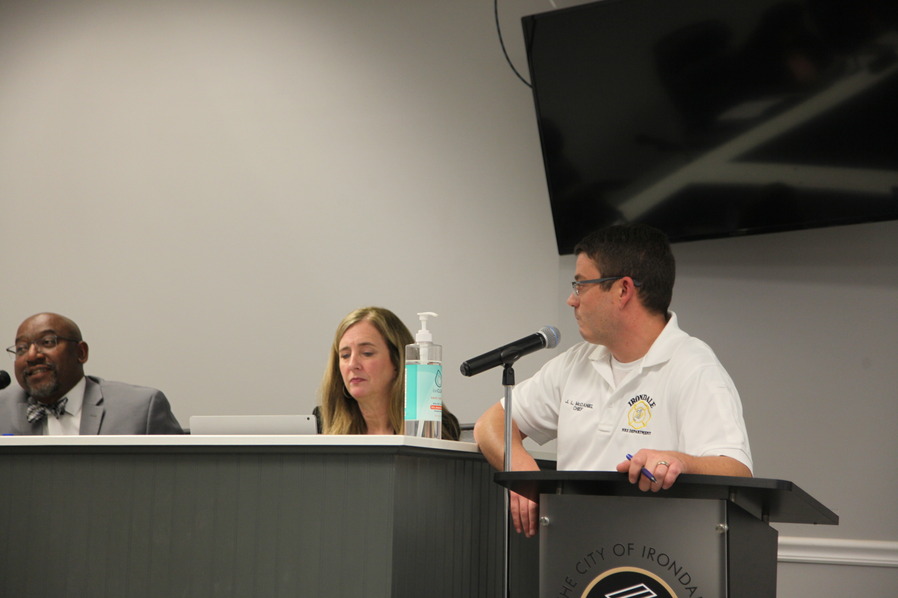 IRONDALE – During a meeting on Thursday, Dec. 6, the Irondale City Council authorized the purchase of a property for a new fire station and training facility. 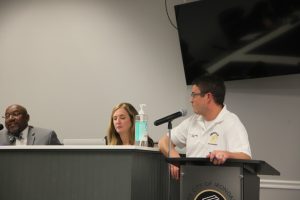 The property is located at 2101 John Rogers Drive in Birmingham and will be purchased for $300,000. Fire Chief Josh McDaniel said the new station will offer more space than the current building.

“The whole reason for the station is the station that we’re currently in – it’s not big enough to house what we have,” McDaniel said. “The last time that we bought a fire engine for that station, we had to literally go and find a manufacturer that could make a truck that could fit in there.”

McDaniel added that the growth of firefighters has contributed to the need for a new station.

“We have a lot of new employees, a lot of young employees,” McDaniel said. “And this is just something that when we get this done; it’s not just going to be great for our employees but for departments around us that we can offer mutual aid training and other classes. We’re excited.”

He said the old building may be used for storage after the move. As the plan is in its early stage, it is not yet known when construction will begin and be completed.

The subject of redistricting came up earlier in the meeting, an effort has been in the works for several months, said Mayor James Stewart. Councilwoman Cindy Cuellar pointed out that a case filed with the Supreme Court will “more than likely” be ruled on in May 2023, which could affect districting policies.

“So that still gives us time,” Cuellar said. “And the concern I have is if we go on and proceed work with this and you have a Supreme Court ruling, then we’re bound to that ruling we’ll have to go back and do it again.”

GIS administration Brett Isom said that he was not sure what exactly the court would rule on but speculated that it may not affect Irondale’s redistricting plan too much as it will be based on census block data or overall population.

Cuellar then said that she wanted to make sure that the city was “contiguous” when studying the streets and the number of people, stating that there is a lack of balance because of population increase. She asked that more time be devoted to studying the maps drawn of the districts.

After some discussion, it was decided to meet in the future to consider options and present them to the public for input.

During their reports, the council spoke on the recent Thanksgiving turkey giveaway and the Christmas Night of Lights that took place on Dec. 2. Thoughts on the parade were generally positive, but Cuellar addressed rumors that she would not attend the event.

Cuellar said this was a miscommunication as she was asked if she wanted to ride a car for the procession down the parade but said she preferred to walk and meet people in person. As a result, her name was not included in the program of events. However, Cuellar said that she did indeed attend.

“One of the things that I do not like – and one of the things that I will be working on because it needs to stop – and that is gossip,” Cuellar said. “The gossip needs to stop, and the only way that you can stop the gossiping and the miscommunication from going on is to nip it in the bud and be clear: this was an oversight, it was inadvertent, and I intend to make those comments because it was not intentional.”

The Irondale City Council meets on the first and third Thursday of every month at City Hall at 101 20th Street South. Recorded meetings can be seen on the City of Irondale’s Facebook page.