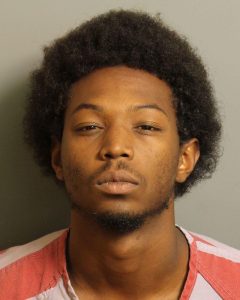 Man charged with attempted murder after firing shots into car

CENTER POINT – Just before 5 p.m. on Tuesday Jefferson County Sheriff’s Deputies responded to the report of shots being fired into a car.

The incident occurred at 20th Street and 3rd Avenue NE.

The adult female driver of the vehicle reported she was driving along 20th Street NE when she passed a black male walking, and heard gunshots after passing him. After the shots, the passenger side window of her car shattered. Her 5-year-old daughter was riding with her was cut by flying glass, and treated on the scene by paramedics.

After firing the shots, the suspect fled on foot. A description was broadcast to responding deputies, and they found a man matching the description in the parking lot of a nearby apartment complex. Upon seeing the deputy, he laid down and surrendered. He was armed with a handgun and admitted to being responsible for the shooting.

Darius Donnell Bennett, 21 of Center Point, told deputies he believed the car was going too fast, and that’s why he fired shots at the car.

Bennett was arrested and charged with two counts of attempted murder, and unlawfully carrying a pistol. He remains in the Jefferson County Jail, with no bond.