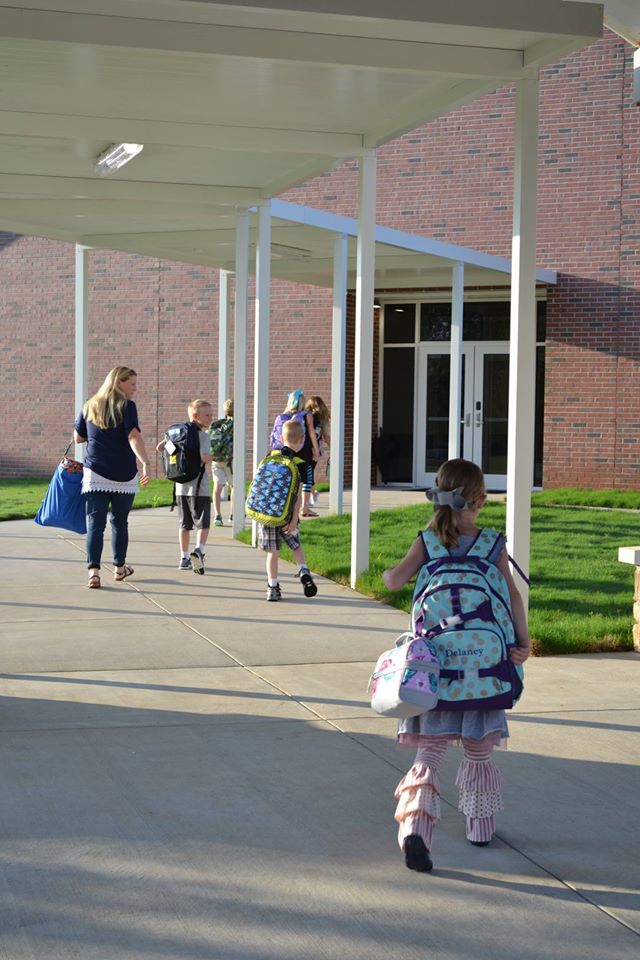 TRUSSVILLE – While the most recent Trussville City Schools Board of Education work session centered on higher test scores, the meeting that followed had a different focus.

The meeting began with a prayer, the Pledge, calling of the roll and approval of the consent agenda, but during the public comment two parents voiced their concerns about multiple happenings in the elementary schools.

Stacy Freeman said she has two daughters at Cahaba Elementary School, and she’s concerned about class sizes at the school. Freeman said during public comment that she’d gone through all the appropriate channels to meet with Principal Joy Tyner and Superintendent Dr. Pattie Neill, and the process took one month to arrange and hold meetings. Freeman cites 29 students in her daughter’s 5th grade class.

Freeman said “smaller classes are key” was a phrase used when the vote for the tax referendum came up in years past.

“The ability of our teachers has never been a concern,” Freeman said. “The administration at times seems more reactive than proactive. From meeting with the superintendent, we did not leave with a clear vision or plan for the path of Trussville City Schools.”

Freeman said she’d like to see a “solid, measurable plan” in place to reduce class sizes across the school system.

Jones, a board certified teacher herself, said that Trussville City Schools teachers were notified on Sunday that students would no longer be dismissed for recess on Mondays.

However, Assistant Superintendent of Curriculum and Instruction Beth Bruno said that for the last four or five years intermediate students have not gotten Monday recess in favor of dismissing the students an hour early. This gives teachers and administrators time for professional development.

Additionally the state mandates that students receive no fewer than six hours of instructional time daily, so in order to meet this state standard and allow for early dismissal on Mondays, eliminating recess was a necessary move.

“Students need unstructured play time every day to be more successful in school,” Jones said. Jones cited data compiled from other schools in Jefferson County, such as Mountain Brook, Homewood and Vestavia.

Reverting back to the subject of class sizes, Jones pointed out that kindergartners at the elementary schools have class sizes of 14-16, and as they progress through the school system, they won’t get the same experience they did when they began in Trussville City Schools due to rising class sizes.

“Our numbers don’t compare to the schools we aspire to be like,” Jones said. “We’re on the verge of being incredible. Let’s get there.”

Dr. Pattie Neill said that adding a co-teacher where needed has been important in classrooms that are larger. Neill presented three co-teaching models during the BOE work session, including diagrams, which show how co-teaching can work in TCS classrooms where teachers desire to use those models.

Neill said although she presented three models, you can use any search engine to find many others. The co-teaching models she presented are in place to help star students continue to excel, and also help with special education inclusion, remediation and English Learning Students.

“We want to help the best become better,” Neill said.

Neill said it is up to teachers to decide when and how they’d like to incorporate co-teaching in order to play on their individual skills and the needs of their students.

School board president Sid McNeal said that all comments made by parents will be taken under advisement and discussed amongst board members.

The story was edited at 9:44 p.m. to clarify that Bruno referred to intermediate students not having recess in favor of early dismissal for the last four to five years.