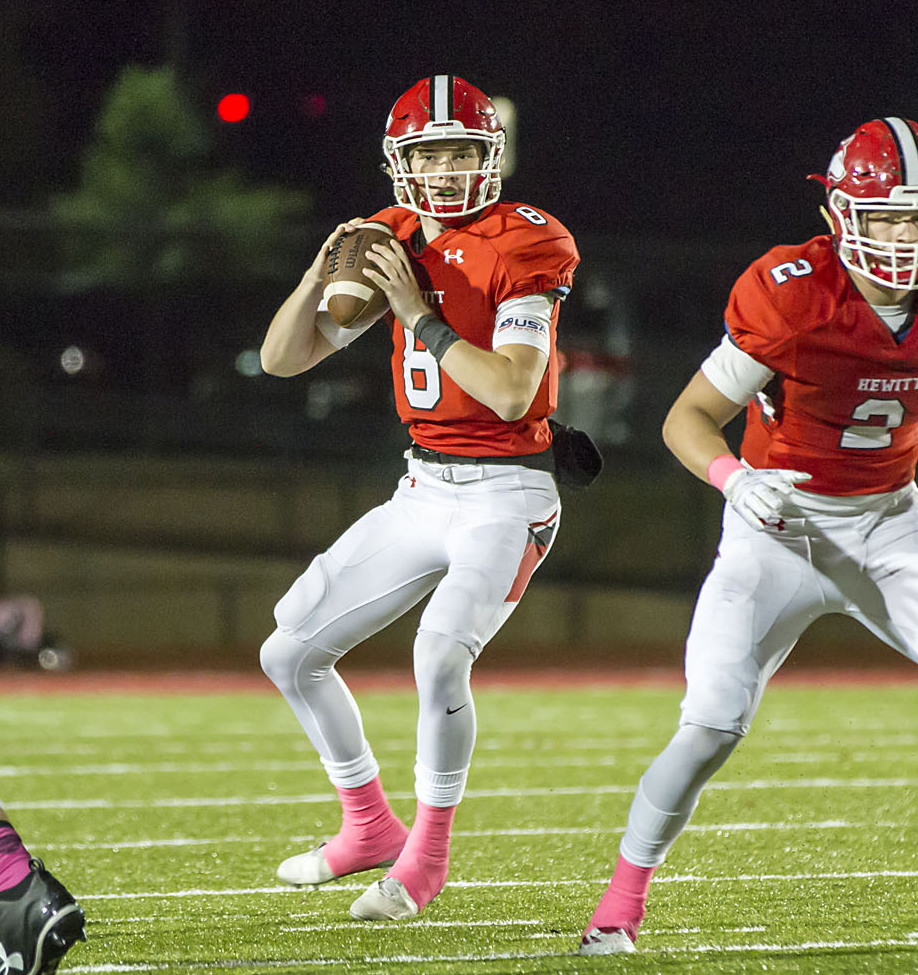 TRUSSVILLE – The Hewitt-Trussville Huskies have a chance to make history.

The Huskies (10-0) completed their first perfect regular season in football. They’ve surpassed the 11-win mark just one other time, in 1992 when they won 12 games but fell short of the state championship.

To get win No. 11, they’ll have to beat Oak Mountain, their first-round opponent in the 2016 Class 7A state playoffs. Kickoff is at 7 pm. Friday at Hewitt-Trussville Stadium.

The Eagles (3-7) went 3-4 in Region 3, which seemed top-heavy this season. Hoover, Spain Park and Mountain Brook dominated the region, but three teams tied for the final spot, and Oak Mountain beat out Vestavia Hills and Thompson, each 5-5 overall, for the honor

Cris Bell’s team has won just one ballgame since mid-September.when they beat hapless Tuscaloosa County 38-18. That sounds pretty good for the Eagles, but when you realize Tuscaloosa County, once a powerhouse, scored just 14 points in its last five games otherwise, you begin to see how pitiful that program has become.

The Eagles defense was porous as paper, allowing a school-record 307 points. Give Bell credit, though, for holding his team together after an 0-3 start. They knocked off Vestavia Hills, Thompson and Tuscaloosa County over the next four games, and that was enough to lock up a playoff spot.

Hewitt, meanwhile, was blasting through 10 quality opponents, setting a school record for points with 461, racing up a 46 point-per-game average, and beating Manatee of Bradenton, Fla., 78-56. That’s the highest point total in a single game in HTHS history. Manatee, by the way, is 6-3 and headed to the playoffs in Florida. No team has come within five touchdowns of scoring on the Hurricanes what the Huskies did in August.

Hewitt-Trussville will look to Connor Adair to continue throwing the football as he has this year. The senior poke the school record for touchdown passes when he hit Grayson Cash with 24 seconds left to beat James Clemons on Oct. 21. Number 28 put the Huskies in the playoffs and kept the perfect season alive. Adair, who transferred from Mountain Brook, still has just one solid college offer – from Gardner-Webb.

Defensively, Christian Smith in the line and Simon Miskelley at backer have been excellent and cornerback David Acfalle has led a secondary that’s been burned only upon occasion. They won’t be tested much through the air this week by the Eagles.

Kicker Parker Colburn has been solid as well.

The Eagles will no doubt attempt to keep the Huskies offense off the field by controlling the clock. They average about 24 points a game, and they do it with a running game led by quarterbacks Wyuatt Legas and Jackson Kimbrell. Running back Daniel Salchert has rushed for 617 yards and nine scores and added another one catching the football. Jaylin Gaines has added another 304 yards and six TDs rushing.

Oak Mountain doesn’t appear to have the fire-power to stay with the Huskies.

The winner will face the Gadsden City at Mountain Brook winner. If the Huskies win, they will host that game. Bob Jones at Hoover and Spain Park at James Clemens are on the other side of the North bracket in Class 7A.