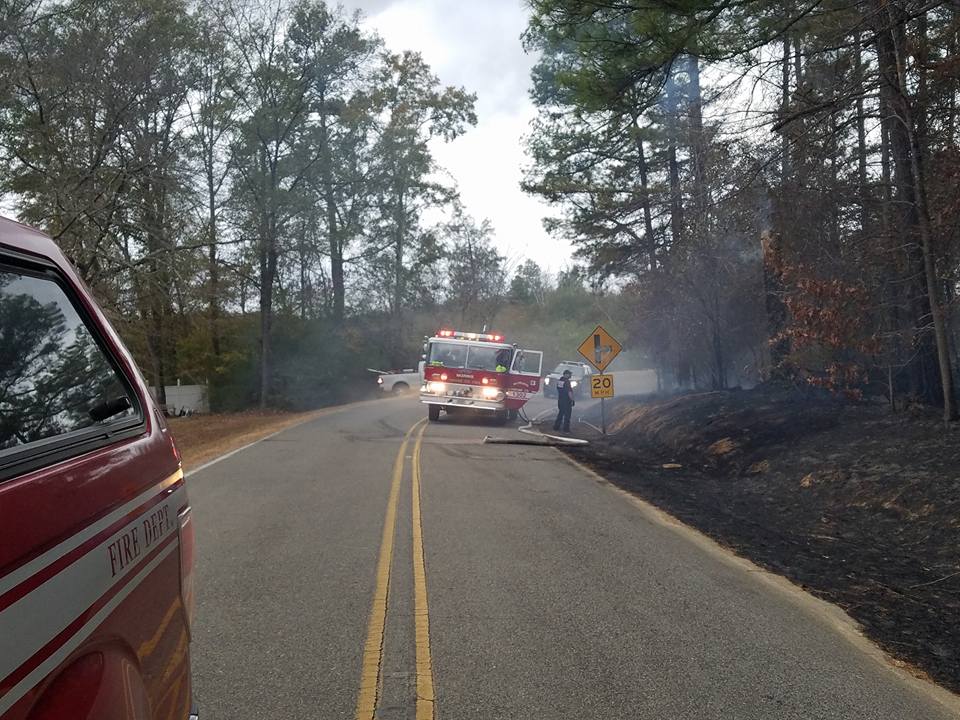 PALMERDALE – The Palmerdale Fire District worked a brush fire off of Old Dixania Road on Monday.

Alabama Forestry, Morris Fire Glenwood and Center Point Fire Districts all responded to the scene. Palmerdale Fire District Asst. Fire Chief Richard Archer said a tree knocked down a power line, causing a spark which caused the ground to catch on fire. Archer said it took around five and a half hours to get the fire contained.

Archer said the fire spanned between four and eight acres.

“There was difficult terrain involved in the area, and sustained strong winds made it a difficult fire to fight,” Archer said.

Archer also said one family north of Franklin Circle was nearly evacuated, but the rain that moved through the area helped the family be able to stay in their home for the night.