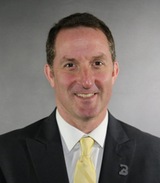 BIRMINGHAM – Birmingham-Southern College enters its 11th season of football this fall with a brand-new coach with a familiar name.
Well, you’d have to be a person of a certain age to be familiar with the name “Tony Joe White” – a singer-songwriter who hit the Top 10 back in 1969 with “Polk Salad Annie,” which contained the memorable phrase “Gators got your Granny” – but let it be said right away that BSC didn’t lose its mind and hire a Louisiana swamp-music singer to be its head football coach.
Nope, this Tony Joe White is a proven hit-maker in the world of Division III. White most recently was offensive coordinator and quarterbacks coach at Centre College in Kentucky, where the Colonels repeatedly smashed the school’s offensive records. Under White’s guidance, the Colonel offense has broken program total yard records every season since 2013, finishing this year with 5,086 yards to rank 13th nationally for total offense. They also ranked top 20 in NCAA Division III in six other offensive categories and finished the season in third place in the Southern Athletic Association.
The crazy thing is, White was actually named after the aforementioned singer, who also wrote “Rainy Night in Georgia” and has had a resurgence in recent years as the Americana music genre has taken hold of the Nashville scene.
“ ‘Polk Salad Annie’ came out in the late ‘60s and I was born in 1973,” White said. “It was still getting enough play that five or six years later it would come on the radio every now and then. My mom was pregnant and they were driving around and my dad jokingly said, ‘What about ‘Tony Joe’? And she liked it, so they went with it.
“We’ve actually corresponded a few times, but we’ve never met. It would be neat to meet him.”
If the Panthers coach is to make the charts at BSC, he knows how it’s done at NCAA Division III. He’s coached at this level nine seasons.
“The thing is, Division III being non-scholarship, you play with a volunteer army,” White said. “They didn’t get that full ride to Alabama or to an SEC school. Maybe they weren’t blessed with that ability or the size. Or maybe they’re a late-bloomer. But these kids just love the game. You go and find those guys with that kind of passion and that kind of love for the game. They’re usually coachable. It makes my job fun to coach that kind of kid.
“But, also, what guys don’t realize is that every player on our roster was one of the best if not the best player on his high school team. They were that first-team, all-district caliber player in high school. The competition at the Division III level is still extremely good.
“I think it was Lou Holtz who said you can win with talent or you can lose with talent but you can’t win without talent. So it’s important that we find that kind guys who are great football players but are looking for the kind of experience we offer here – not just football 100 percent of the time but a student who is looking for a holistic, off the field, college experience as well.”
DIII doesn’t award athletic scholarships. But financial aid is available.
“Each kid is given a merit scholarship based on academic merit,” White said. “Nobody pays ‘sticker price’ to go to here – if everybody had to pay sticker price to go to Birmingham-Southern, nobody would be here.”
White doesn’t have any players from the Trussville, Clay or Pinson area on his current roster, but he’s looking to change that. He has a daughter at Hewitt-Trussville High and another son in elementary school. He knows the area is rich with talent.
He and his family love the atmosphere in Trussville, which he said they picked to live in based on what they’d seen of the community.
“Moving from Danville, Ky., which is about 15,000 people, that’s the only town my kids know as their hometown. So looking around, we felt more comfortable in Trussville. Didn’t feel like downtown or part of a big city. Felt like it’s its own entity, its own town.
“It’s a great community,” White said. “There’s everything you could want to do here, great restaurants, lots of fun to be had. Fantastic schools, and that was important to us. We liked that small-town element that it possesses with still plenty of things to do and just a 3-wood shot to Birmingham if you want to do that kind of thing.
“It just seemed like it had everything we were looking for.”