CENTER POINT – An 18-year old teenager is facing charges of assault and drug trafficking after he pushed a deputy during a traffic stop, according to the Jefferson County Sheriff’s Office. The suspect’s name is being withheld pending formal charges. 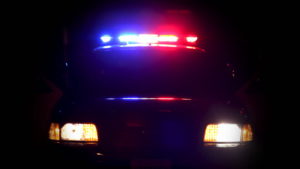 According to authorities, a car was stopped on the 1900 block of Center Point Parkway at 9 a.m. this morning for a traffic violation. Authorities also said that the passenger gave false information about his identity during the stop.

When he was asked to step out the vehicle, the suspect pushed the deputy before attempting to flee.

The suspect was detained and searched. Police found two bags of heroin on him weighing at approximately eight grams. He is now facing charges of heroin trafficking and second-degree assault.