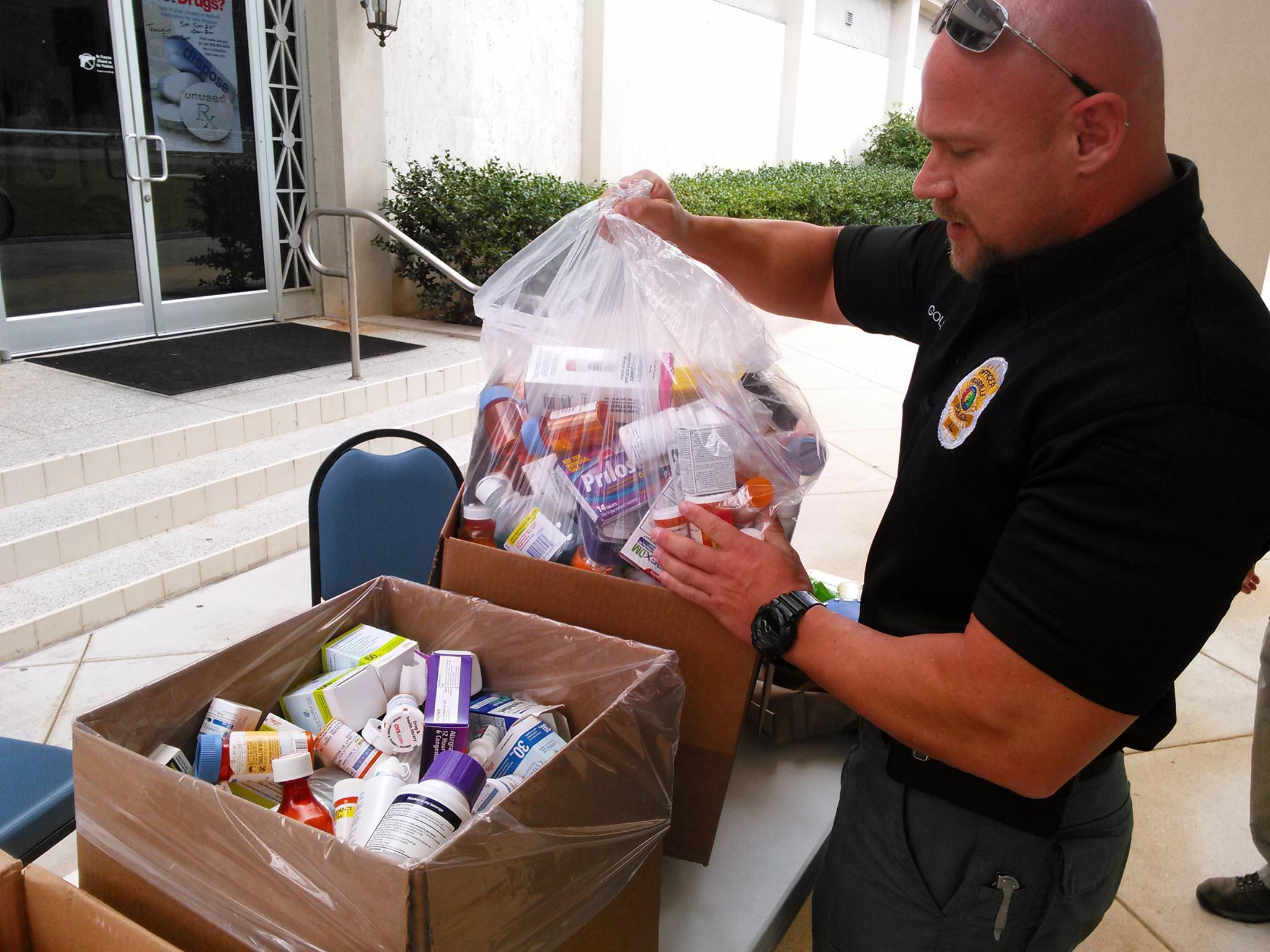 Saturday the DEA, in conjunction with local law enforcement agencies across the country, will be taking part in Take Back Day, which gives people a chance to properly dispose of unwanted/unneeded or expired pr A member of law enforcement puts a bag of collected medications into a container during a previous Take Back Day.
File photo The Trussville Tribune[/caption]

“The National Prescription Drug Take Back Day addresses a crucial public safety and public health issue,” according to the DEA’s website for the event.

“According to the 2015 National Survey on Drug Use and Health, 6.4 million Americans abused controlled prescription drugs. The study shows that a majority of abused prescription drugs were obtained from family and friends, often from the home medicine cabinet.

“The DEA’s Take Back Day events provide an opportunity for Americans to prevent drug addiction and overdose deaths.”

The collection site in Trussville will be at the municipal building under the awning.

“People don’t even have to get out of there cars if they don’t want to,” said Investigator Michael Bruce with the Trussville Police Department.

“We staff the location. It will be under the awning, so if it’s raining it’s covered. It’s pretty convenient. Anything is taken whether it is over the counter of prescription. We don’t accept any syringes old or new, or anything that would present a health hazard.

“We put eveything in a box with a plastic liner. When the box is full it is sealed. Then the DEA picks it up from us and disposes of it in an incinerator, so there is no concern for anyone’s information on the medication being compromised”

During the previous event in April of this year the DEA collected 450 tons of medication across 5,498 sites nationwide.

For more information on the event and for a full searchable list of participating collection sites visit https://takebackday.dea.gov/.