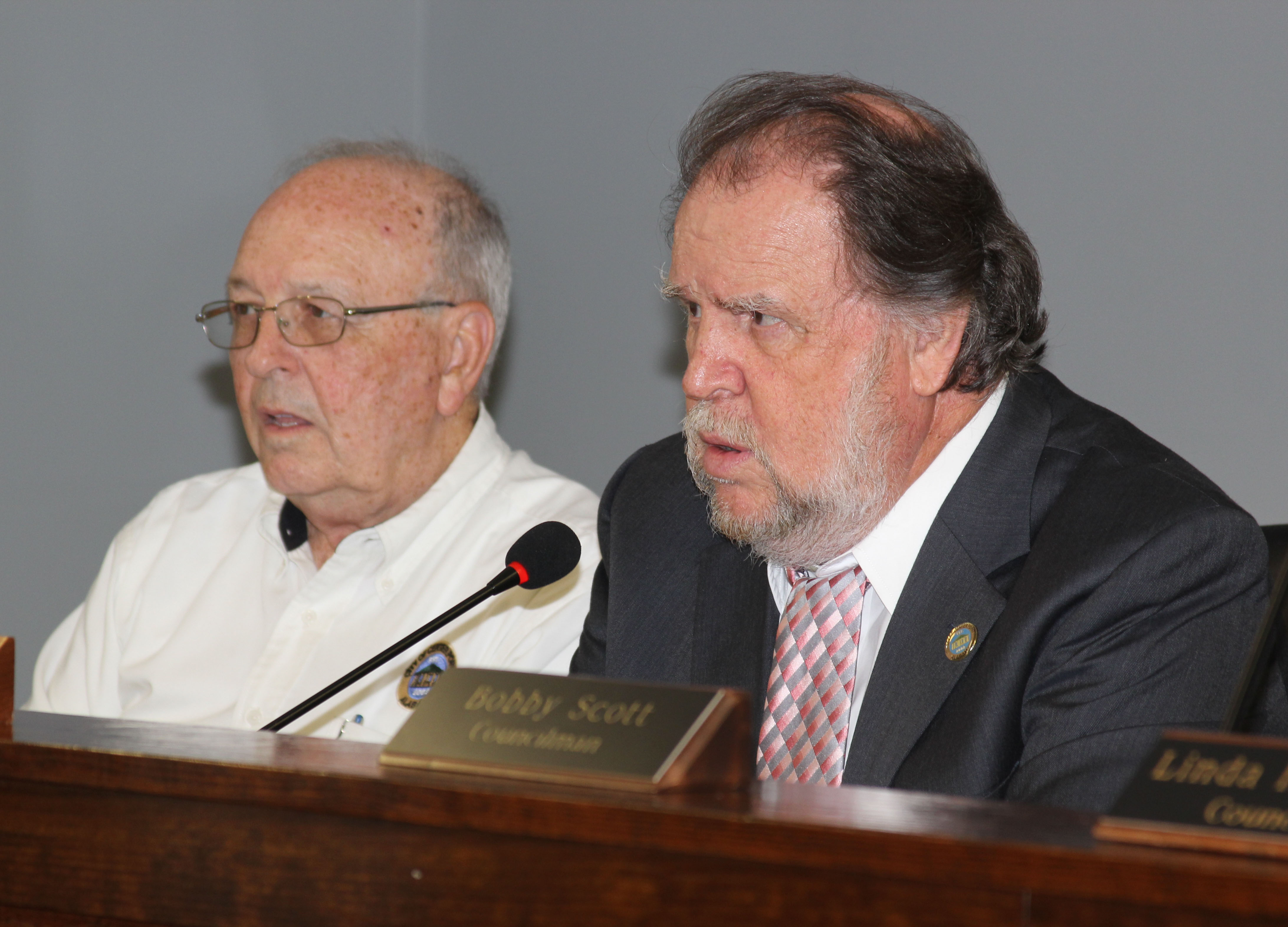 CENTER POINT — The Jan. 11 meeting of the Center Point City Council was much more crowded than usual, thanks in part to dual resolutions honoring and congratulating the 10-year-old and 12-year-old Center Point Eagles football teams, both of whom recently won state championships.

But another part of the crowd appeared to be present to express dissatisfaction with a perceived lack of transparency from the council.

Council President Roger Barlow addressed that tension in the room before the meeting started. “If it’s something we can deal with tonight, if you can get it off your chest and we can get it off our plate, we’d love to do that,” he said.

During the public comment portion of the meeting, Sharon Wilbourn — who introduced herself as an administrator for the “City Of Center Point Citizens That Arent Gonna Take It Anymore!!!” (sic) Facebook group — called on the council to make more details about their meetings publicly accessible.

Wilbourn compared the council’s one-page agenda to the 30-page agenda for the Birmingham City Council’s Jan. 9 meeting. “They post it on their website, they livestream all their council meetings and other meetings,” she said of Birmingham’s city council. “Is there not a way that y’all can give us more than one piece of paper that says nothing, that is actually detailed (regarding) exactly what y’all are voting on or talking about? Because we have no idea what these (ordinances and resolutions) mean…. It’d make us trust y’all more.”

Barlow responded that he did not anticipate “changing the presentation of the agenda.”

Councilor Linda Kennemur added that the agendas the public received were the same ones the council did.

Wilbourn also expressed concerns over the city’s recent purchases — including that of the former Hilldale Baptist Church campus, part of which the city plans to transform into a new library — arguing that citizens had not been given adequate opportunity to provide input.

“Shouldn’t we have a say in anything, or shouldn’t y’all consider our feelings and what we think?” she asked, as other members of the crowd murmured in assent.

“We’ve had a lot of discussions about the church, publicly,” Barlow said. “For more than one meeting, I allowed people and asked people for their comments regarding the Hilldale Baptist Church acquisition.” (Prior to the purchase being closed earlier this month, the council had repeatedly discussed the Hilldale acquisition during its regular public meetings.)

The council also rejected a request to rezone a property on Huffman Road so that it could become a daycare. The vote was tied 2-2, with Councilors Bobby Scott and James Howell voting yes, and Kennemur and Councilor Terry Leesburg voting against it. (Barlow, whose accounting firm has business ties to the proposed daycare, recused himself from the vote.)

The council, along with Mayor Tom Henderson, also provided an update on the status of the library, saying that discussion of specific procedure — such as the future library board’s duties and responsibilities — would be discussed during the next meeting. Henderson added that the library would likely not be open to the public until October.