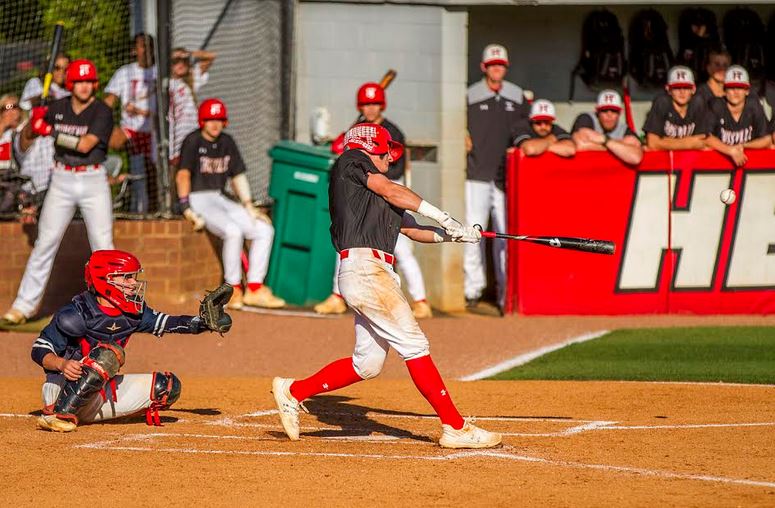 Game 2: HT evens series up with 3-2 win over Oak Mountain

TRUSSVILLE — The Huskies came out swinging, putting up two runs off of two hits in the top of the first inning in Game 2 against Oak Mountain Friday. Hewitt-Trussville went on to defeat Oak Mountain 3-2.

A good offense was bolstered by a good defense and the Huskies defense was on point in the bottom of the second inning with a tight double play that kept Hewitt-Trussville in the driver’s seat. 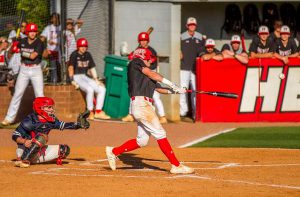 Photo by Ron Burkett / The Tribune

The fifth inning saw the Huskies increase their lead. Hewitt-Trussville had one hit, the Eagles had one error, and Keith Lanum scored a run for the Huskies.

The Eagles got a break in the game when a pitch struck Ryan Reuse. The walk resulted in a forced run that gave Oak Mountain their first run of the game.

Things got intense for Hewitt-Trussville at the bottom of the seventh. Most everything had been going their way, but with a half inning of play remaining, it looked as though the Eagles could have pulled off the comeback.

With the bases loaded, Oak Mountain scored a run putting them within one run of tying the game. The next play of the game, Skylar Jones, pitching in relief, fielded a grounder sending it to Kerrigan Edmonson who launched it right back to home plate in time to stop the tying run. Back on the mound, Jones ended the game with a strikeout.

Jared Waites had the win for the Huskies and pitched for six and one-thirds innings and had nine strikeouts, with Skylar Jones pitching in relief and getting the save.