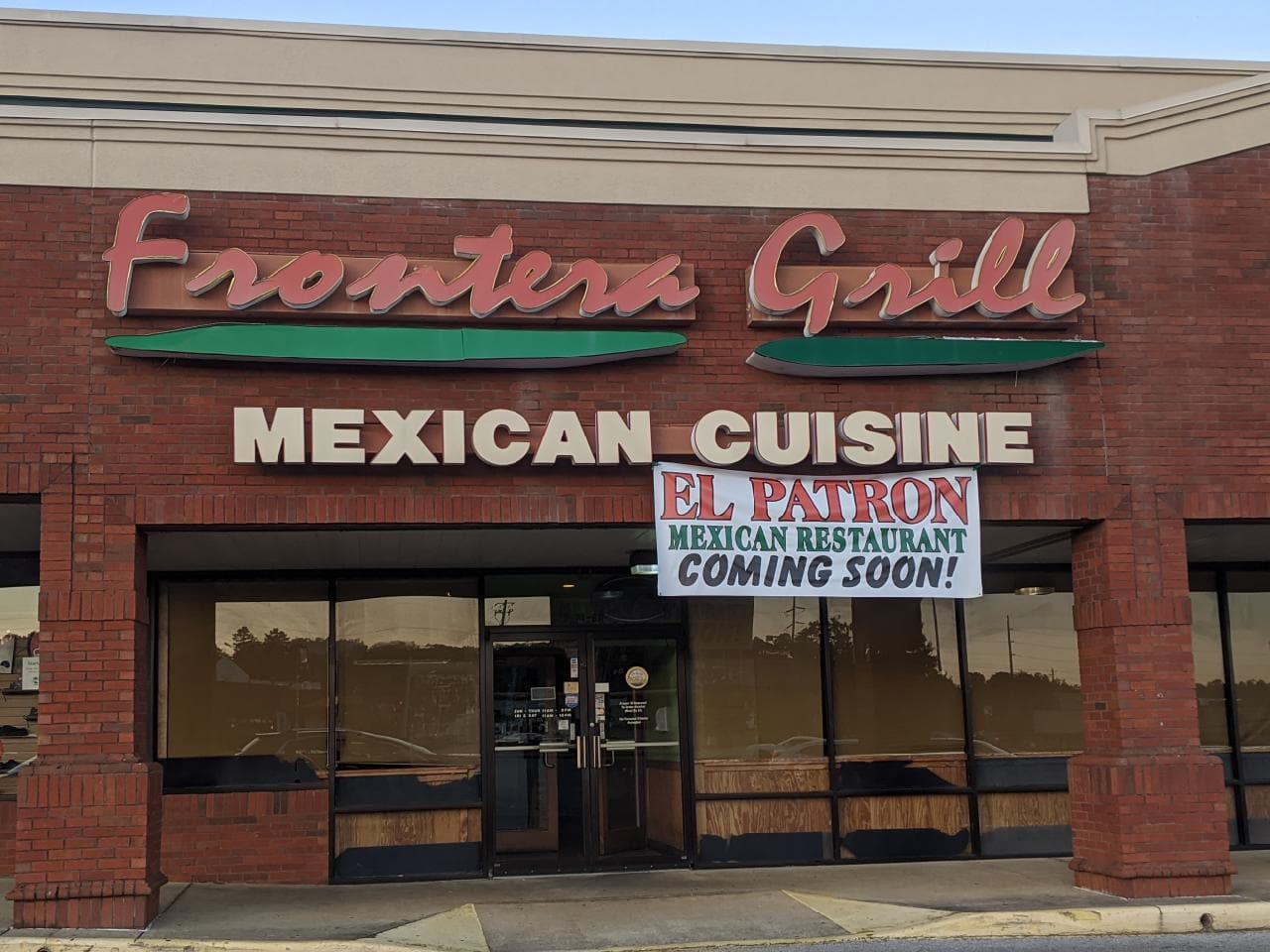 TRUSSVILLE — A new Mexican restaurant will be opening soon in the Trussville Shopping Center, off Chalkville Mountain Road.

El Patron placed a sign announcing the new restaurant, that will go in the space where Frontera Mexican Grill was until it closed last month. The sign does not include an opening date but says “coming soon.”

The announcement is welcomed by those concerned with the number of stores that have closed or move out of the shopping center in recent years. Along with the new restaurant, GameStop, Hayes Shoes and East Buffet are the only spaces in use in the main strip of the Trussville Shopping Center, which is managed by Arnov. There are other locations in the shopping development, including Arby’s, Full Moon BBQ, and Paul’s Hot Dogs, but those businesses are in separate buildings.

Trussville Mayor Buddy Choat previously stated that Arnov has been in talks about remodeling the center but no plans have been released.

City leaders already confirmed that a large retailer has shown interest in leasing part of the old Kmart, but the name of the retailer has not been officially released.

Businesses that have left the strip mall include Kmart, Office Depot, Verizon, Aldi, Mr. Burch and Seafood and Chicken Box.