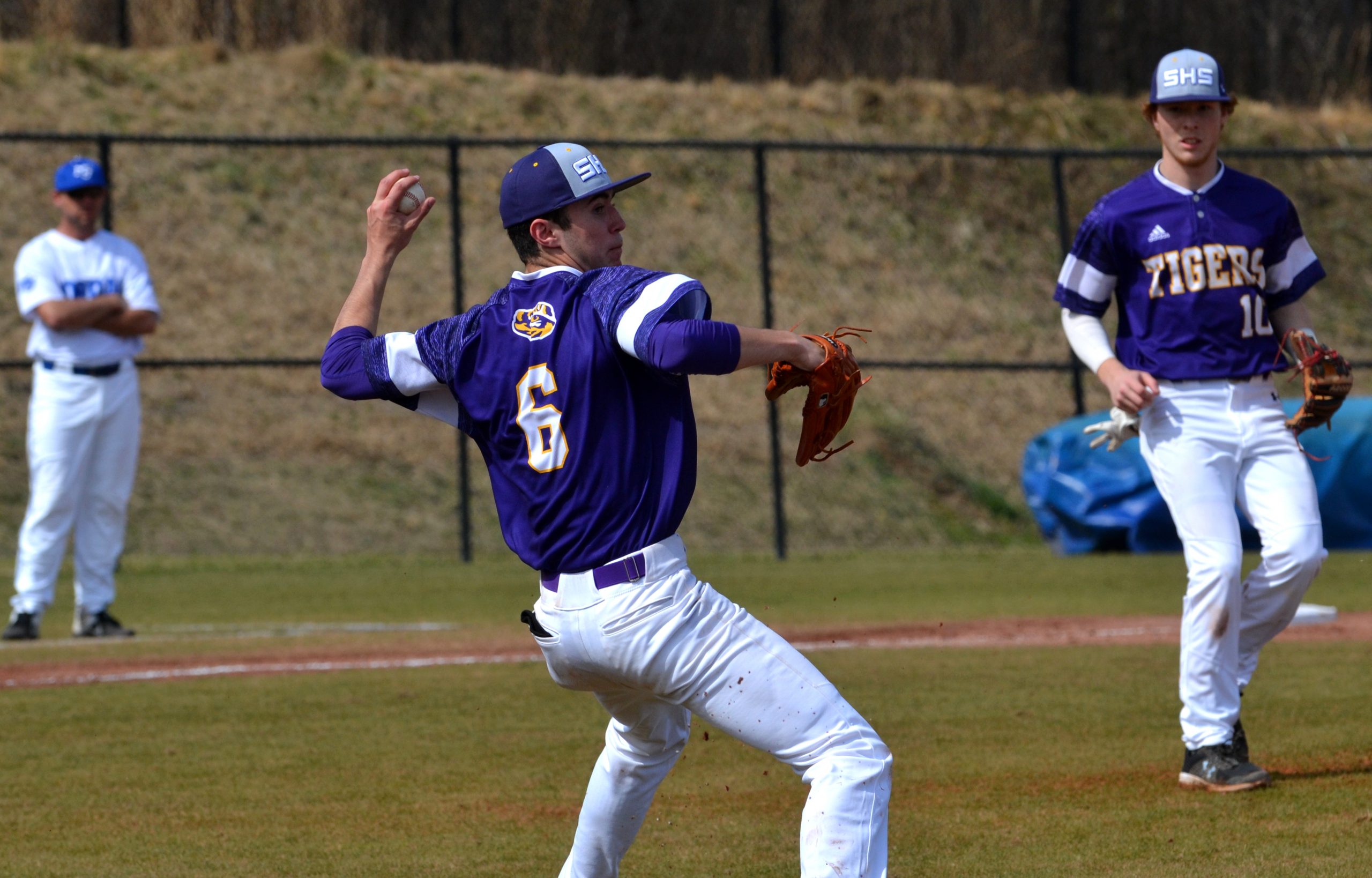 Springville pitcher Brady Gillespie (6) fires the ball to first during a road game on Feb. 27, 2021. Photo by Erik Harris

Several local baseball and softball teams were in play this weekend in non-area play.

Among a mixed bag of results, the Hewitt-Trussville and Leeds boys remained unbeaten with Saturday sweeps.

They say defense travels, and it certainly did for the Hewitt-Trussville boys on Saturday, as they grabbed wins over Thompson, 4-1, and Hazel Green, 11-1.

In the opener against host Thompson, Hewitt got five innings of work from Riley Quick, who finished with nine strikeouts to score the win. Benjamin Lamons checked in to score the save with a pair of strikeouts.

Trey Burrell led the offense with three hits, including a solo shot to go with two more hits from Baker Green.

The Huskies would wrap up their day with an 11-1 victory over Hazel Green. Baker Green notched the win with a three-hit, four-strikeout effort for head coach Jeff Mauldin. His run support was strong thanks to RBIs from Jackson Holland (2), Kurt Kizer (1), Matt Miller (1), Burrell (1) and Quick (1).

Hewitt-Trussville improves to 7-0 on the year.

This one went to extra innings and was ultimately decided by a run-scoring hit by pitch. Moody’s Zach Johnson accepted the go-ahead plunk from Braxton Russell with the bases loaded in the top of the eighth to secure a 9-8 road victory on Saturday.

The Cougars went down in order in the home-half.

Moody stormed out front with seven runs in the third, but Clay-Chalkville clawed back to force extras with three runs apiece in the sixth and seventh innings.

Johnson tripled and drove in four runs for the Blue Devils, who improve to 1-5 on the year.

The Pinson Valley baseball team split a Saturday doubleheader to update their record to 4-1 on the year. The Indians started the day with a 4-3 victory over host Hueytown in 10 innings. Second baseman Devin Kelly slapped in the go-ahead run in extras.

The Indians would follow the extra-innings win with an 11-1 loss to Oak Grove.

The Green Wave swept a doubleheader with East Lawrence on Saturday, upping their season-opening win streak to seven games.

Leeds started up the opener with five runs in the bottom of the first and charged on for a 14-1 victory in five innings. Designated hitter Avery Stephens delivered two triples and three RBIs while shortstop Alex Bradford provided a pair of RBIs and three runs scored.

Brody Goodman singled in the game-winning run in Game 2, breaking a 4-4 tie in the bottom of the seventh. The third baseman finished with three hits and one run scored for Leeds. Stephens chipped in with two hits, an RBI and a run scored.

The Springville baseball team updated its record to 6-1 on Saturday with a split in Kimberly.

The Pinson Valley softball team fell to 5-3 on the year following back-to-back losses to Pleasant Valley and Glencoe on Saturday. McKenzie Cagle led the Indians with a home run, a double, three RBIs and a walk. She also pitched in both games, striking out 12 batters and walking nine in seven innings of work.