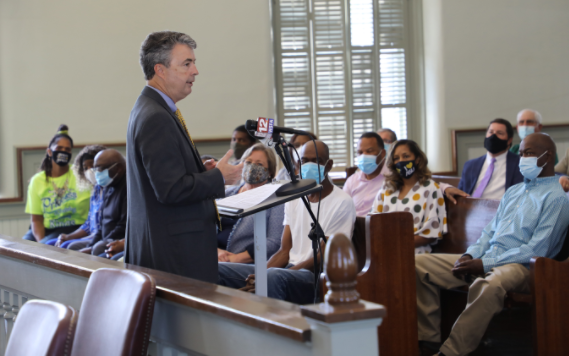 On his fifth stop of the month, Marshall paid tribute to University of Alabama at Birmingham Police Department fallen officer Sergeant Parnell Guyton at a law enforcement presentation at the UAB Police Department.

The Attorney General honored Sgt. Guyton, who lost his life in the line of duty last year due to COVID-19.

Marshall has also made stops in Kimberly and Moody to honor fallen officers Nick O’Rear and Stephen Williams.