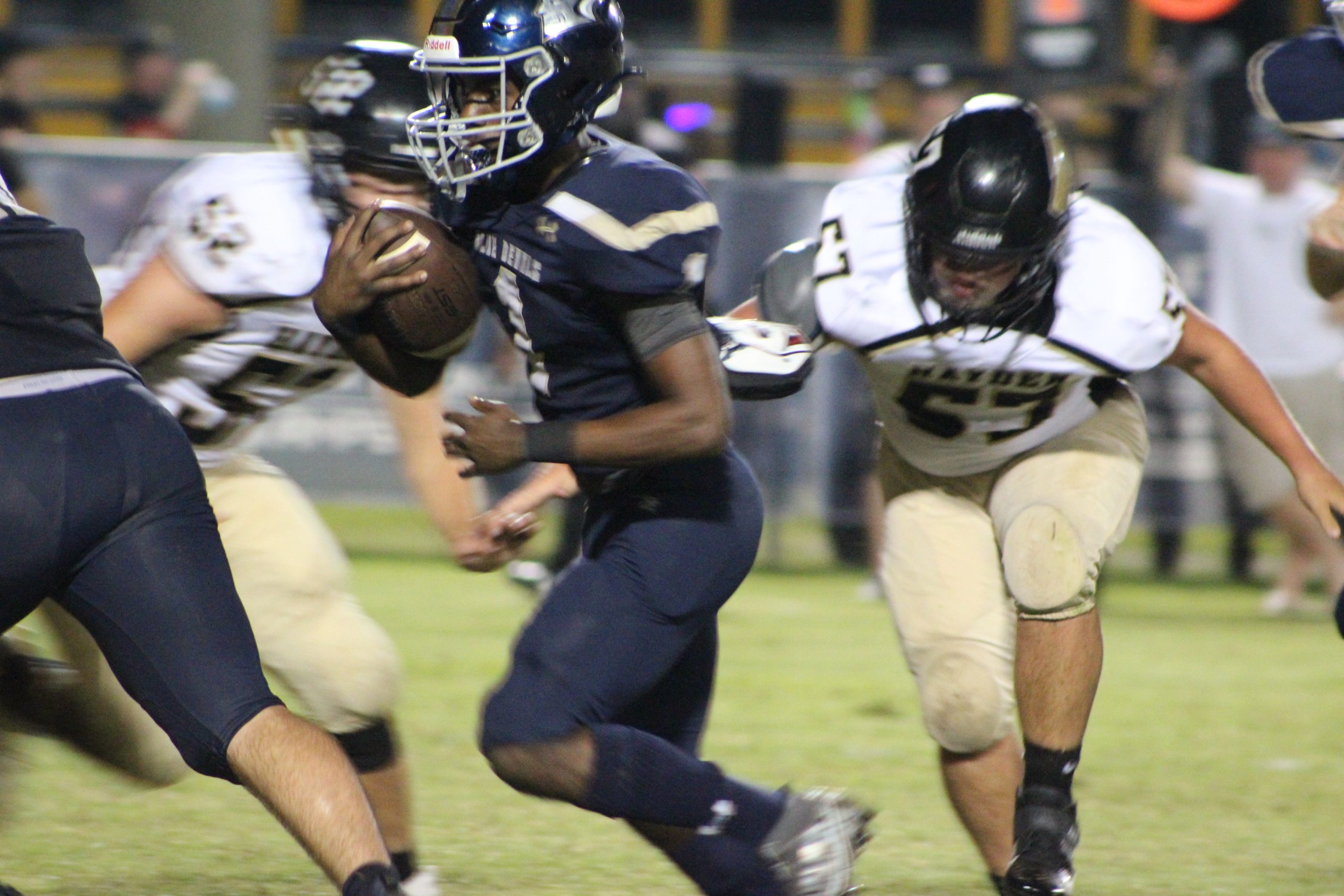 Nick Burrell ran for 130 yards and a touchdown on 15 carries against Hayden. (Photo by Hannah Caver)

By Hannah Caver, for The Tribune 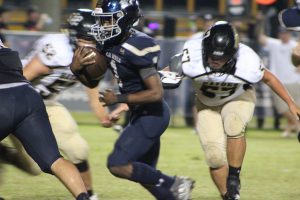 Nick Burrell ran for 130 yards and a touchdown on 15 carries against Hayden. (Photo by Hannah Caver)

The Blue Devils were powered by junior quarterback A.J. Wallace, who threw for 164 yards and went 11 for 13 on attempts through the air for 5 touchdowns.

“A team that went 0-9 last year and never lost faith and belief in what we’re doing, totally bought into what we’re doing,” Moody head coach Adam Wallace said. “Now they’re getting to see the reward of all that hard work.”

“We play as a team, so it feels good to get the win,” Dozier said. “I feel like if we could get through anyone’s defense, we can just score on anybody.”

Moody used quick strikes to exploit Hayden’s defense. On one drive in the third quarter, the Blue Devils converted three first downs and used a hefty dose of Burrell to keep the Hayden squad on its heels.

“The [Hayden] linebackers were just too slow, and my lineman block very, very good,” Burrell said. “I give all the credit to the O-linemen.”

The Blue Devils are on the road again next week when they travel to Leeds to take on the Green Wave. But that’s not what they’re thinking about at this point.

“We know how hard it is to win a football game in high school football. So, we’re going to enjoy this one,” Coach Wallace said.