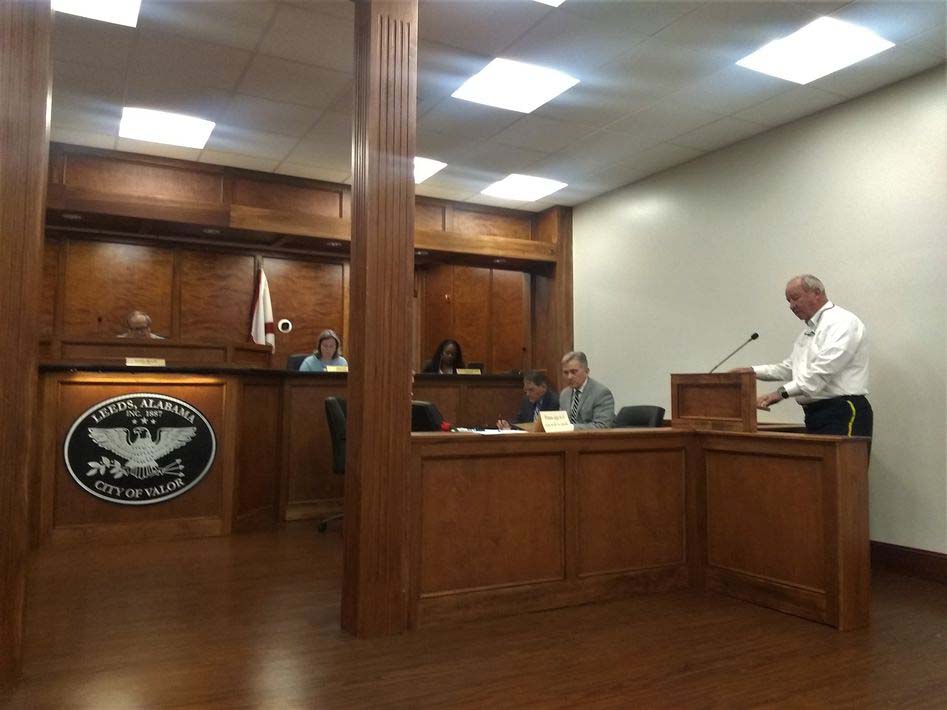 Leeds Police Chief Jim Atkinson announced that he would be retiring on January 1, 2022.

LEEDS – At a regular council meeting on Monday, December 6, Leeds Police Chief Jim Atkinson announced that he would be retiring on January 1, 2022. Later during the meeting, Councilman Kenneth Washington proposed forming a board for the Moton Education Foundation after a previous meeting where a lack of Leeds residents on the board was brought up as an issue. 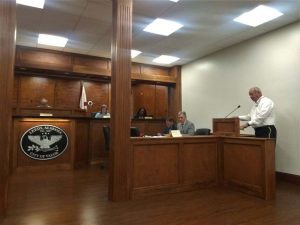 Leeds Police Chief Jim Atkinson announced that he would be retiring on January 1, 2022.

Mayor David Miller began the meeting by addressing what he described as a “nasty” note regarding potholes in the city, saying that an estimated 80.96 tons of asphalt have been used to fill potholes in the past eight months.

Atkinson was then recognized, and he stood to express his appreciation to the city council, as well as his approval of the officers of the police department.

“I’ve worn a lot of hats in law enforcement,” he said. “Municipal, state, federal, county and of course city. Right here, this job I’ve had is the best job I’ve ever had. We have the most courageous police officers in this country, and they do a terrific job.”

“And this council has been very, very supportive. When I asked them for something, we got it: bulletproof vests, take-home cars, just anything. And I wouldn’t have asked if we didn’t need it. But I’m going to hang this last hat up.”

“You’ve been a joy to work with,” Miller told Atkinson. “You’ve done a magnificent job.”

Miller then asked the audience to give a standing ovation for Atkinson, which he received. Afterwards, Senior Center Director Audrey Bryan announced that the center members will participate in the Leeds Christmas Parade to be held, weather permitting, on December 10.

After all of the agenda items were passed, a discussion followed where Washington addressed the issue of the Moton Education Foundation’s board.

Priority Soldier and the foundation expressed an interest in establishing services for veterans at the Moton Center during a meeting on October 4. However, at the previous meeting, the council expressed concern about most of the foundation’s board members not being citizens of Leeds, given that this is a stipulation from the board of education when it turned the Moton Center’s property over to the foundation in 2012.

At last night’s meeting, Washington requested that a new citizen board be formed after information requested from the current board about its members was not turned in. City attorney Scott Barnett said that an option is to have an ex officio member, such as Miller, recommend citizens and convey it to the foundation’s board.

Miller asked if it would be acceptable to solicit applications from citizens to be given to the board to appoint, to which Barnett said that it would. He added that he learned that the board may have lost its nonprofit status and that a new board would have to reapply, though the Leeds Board of Education may want to look into the matter itself. The loss of status may have reverted the property back to the Board of Education as well.

Fellow City Attorney Johnny Brunson advised communication with the Leeds Board of Education to see their position on forming a new board for the property’s foundation has been reverted. Following some discussion, Miller suggested having the city attorneys further review the matter.

Barnett suggested that the council vote that they do not recognize the current board and ask the Leeds citizens to make nominations for new members. This action was passed unanimously.

Several citizens spoke during public comments. Among them was Jerry Trott, who asked about the anonymous letter that was brought up at the previous meeting in which accusations were made against the city government regarding ethics. A citizen speaking at that meeting said he would consider signing it in order to have it sent to the Ethics Commission.

However, no signatures have been put to the letter, and it remains anonymous. Miller dismissed the allegations, calling it “horse manure.” Washington and Councilman Johnny Dutton said that whoever wrote the letter would have to take ownership of it and provide proof to the commission before it could be taken seriously, though the option to have it signed by residents and sent was still there.