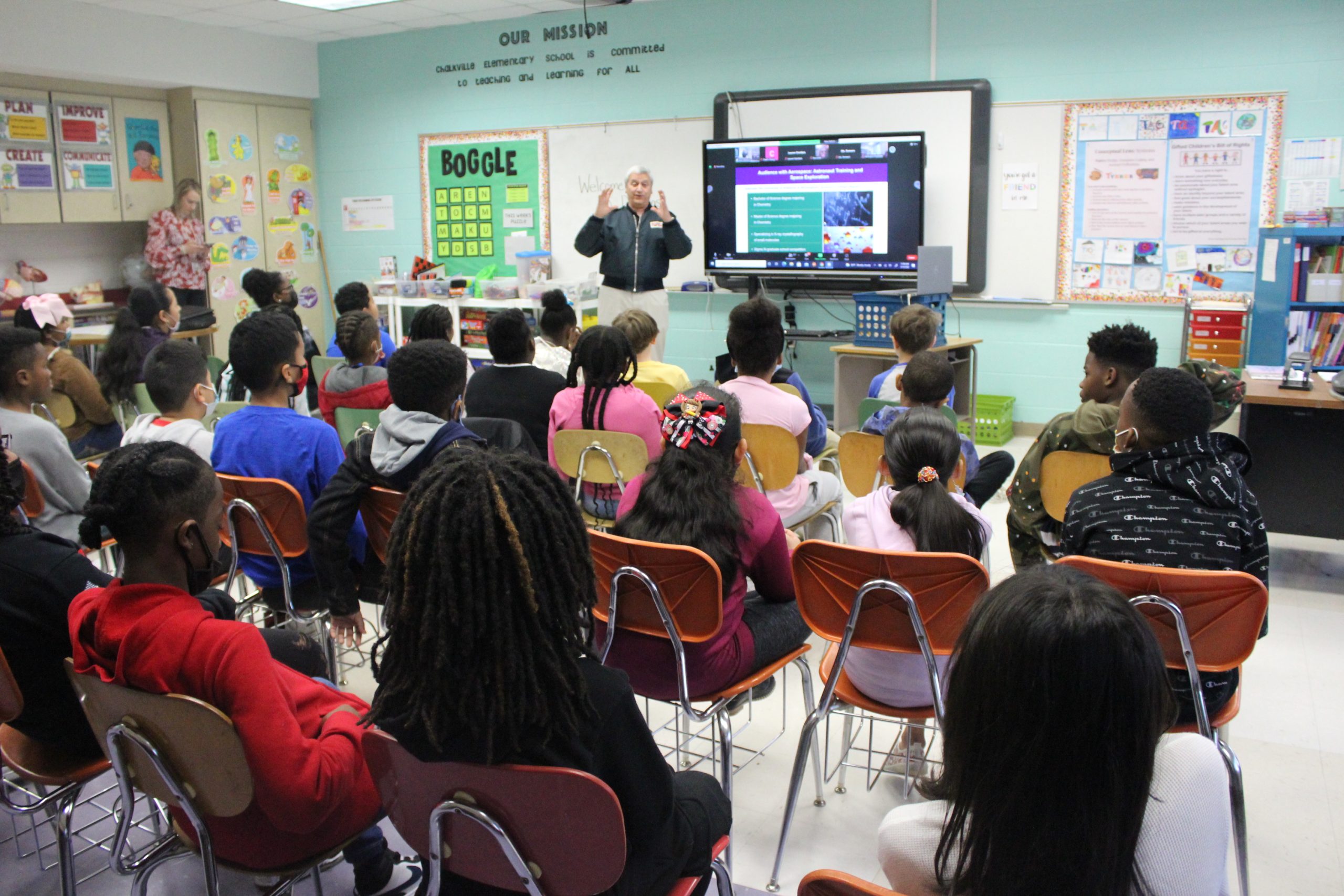 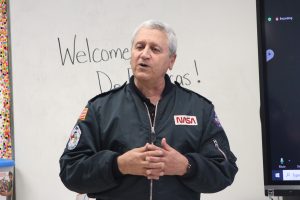 “The lecturers are not just within aerospace, they’re from top lecturers at different universities across the country,” DeLucas said. “It’s all about getting young children/ students interested in science and technology.”

This event was broadcasted live via zoom, where 162 schools registered to watch and ask questions about the discoveries of space exploration and had a chance to speak with DeLucas.

CES Principal Rod Johnson said that the students were excited to see a former astronaut and learn about space. Johnson said CES is transitioning to a STEM theme school next year as part of a new pilot program, and this event is in line with that new facet of their curriculum.

“We’re doing a lot of training already,” Johnson said. “We’ll be doing more training for our teachers, and they’ll be integrating it into their classes next year.”

Johnson explained that the STEM program would be more hands-on for the students instead of rote memorization. He said it would include a lot of activity around the room, moving around, using their hands, asking questions, and working together, which is important with kids in elementary school.

“They need an opportunity to learn how to work together and find out that it’s okay to disagree as long as you do so the right way,” Johnson said.

DeLucas explained that speaking to students is always an exciting experience because he receives strange questions about what happens in space.

“They all want to know if I saw an alien when I was up there, and just general questions about what it’s like to look out at Earth and look at the stars,” DeLucas said. “Then when I tell them about some of the science, I’ll talk about growing crystals in space, they all want to know how to do that.”