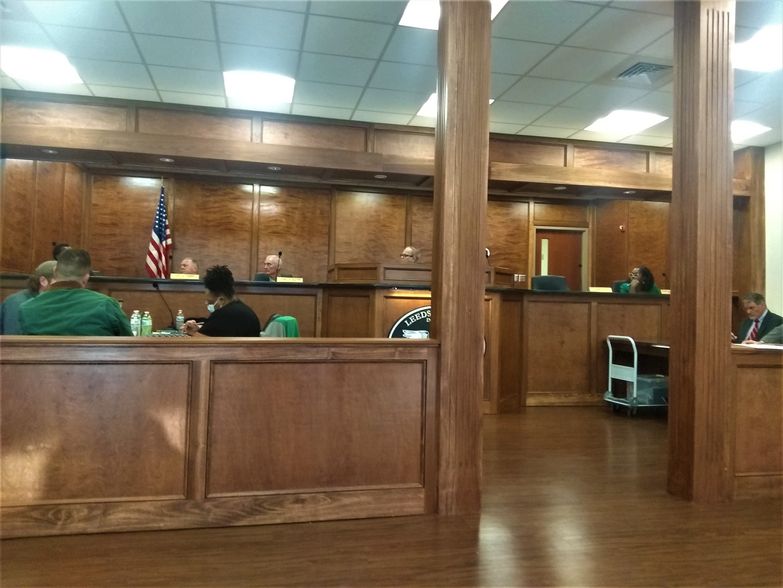 The Leeds City Council voted to forgive a $97,000 deficit from the Leeds Jane Culbreth Public Library and appointed a new trustee to its board at a meeting on Monday, March 21. (Photo by Nathan Prewett)

LEEDS – The Leeds City Council voted to forgive a $97,000 deficit from the Leeds Jane Culbreth Public Library and appointed a new trustee to its board at a meeting on Monday, March 21. 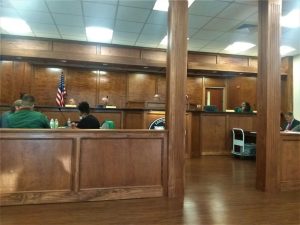 The Leeds City Council voted to forgive a $97,000 deficit from the Leeds Jane Culbreth Public Library and appointed a new trustee to its board at a meeting on Monday, March 21. (Photo by Nathan Prewett)

Linda Miller was chosen to be appointed to the library’s board after being the sole applicant for the position, which had been held by Joseph R. Kemp until his recent resignation reportedly due to scheduling issues. This term is to be served until January 2024.

Miller had previously served on the council until 2020 when current council member DeVoris Ragland-Pierce was elected to the seat.

Later the council voted unanimously to forgive the deficit invoice, totaling $97,703.21 according to the agenda packet.

“We have a situation where, due to management issues, the library is in a deficit situation, and the city has no desire to shut down the library, and the library doesn’t have the funds to pay this, so this is a resolution that will forgive that particular debt,” Mayor David Miller said.

Funding for the library has been a subject of controversy during the past few meetings after the council voted to reject an allocation proposal from the director, Melanie Carden, in February. The decision was met with disapproval from some in public during comments.

One of the issues between the city and the library at the last meeting was the deficit reportedly incurred in 2021.

The subject of the library returned during public comments with one being from Victoria MacDonald. She questioned the application process for being appointed to the library board, saying that a link to do so on the website doesn’t work, and asked how to apply, to which Miller replied that it is done in person. After some discussion, she said that the application process needs to be easier.

Another spoke on the library, Sandra Bice, noting its impact on her. She spoke on the services that the library had given her, including Hoopla, which had been cut due to the funding issues. Miller said that the Hoopla service is slated to return. Bice went on to urge the council about the funding for services and programs.

“I just want you to know how much the library means to me,” she said. “And they need funding for the programs that they get. There are people here who depend on that library.”

Miller responded that the programs are being funded and not cut from the library. He added that the issue is with the personnel salaries. Bice said that they needed to be paid more.

Among those who spoke during public comments was resident Michael Richardson. He asked why he was double fined for making repairs on a house that he did not think he needed a permit for. A lengthy discussion followed on the permit process.

“If we just forgave the $97,000 deficit from the library, why can’t we forgive [Richardson] for making improvements on his own house?” asked Jason King, who spoke earlier on an unrelated issue. Miller said that the matter would be looked into.

Rep. Dickie Drake spoke during the comments to respond to comments that he said were untrue. One was being “on the very bottom” of approval from Alabama Republicans but said that the American Conservative Union ranked him at 69% and not at the bottom.

He addressed comments saying that he did not vote on a recent transgender bill, noting that this was true but didn’t vote because it hasn’t been brought up to be voted on yet. He stressed that he sponsored a bill to require youths in schools to use bathrooms according to their biological sex. He also said that a comment that his campaign raised an estimated $592,000 was not true.

Afterward, Susan Debose, who spoke at the last meeting, stood and began to address the audience until she was stopped by Miller, who asked if she “had information for the council or making a political speech”. She then apologized and took her seat.

During reports from department heads Police Chief Paul Irwin said “a lot” of warrants have been served along with arrests by officers.

The meeting ended with the council going into an executive session to discuss the good name and character of an individual and a potential litigation issue.